On June 28, NoBroker filed an FIR against MyGate for allegedly stealing customer data

Caught in the middle of this battle is Tiger Global, which has invested in these competing startups 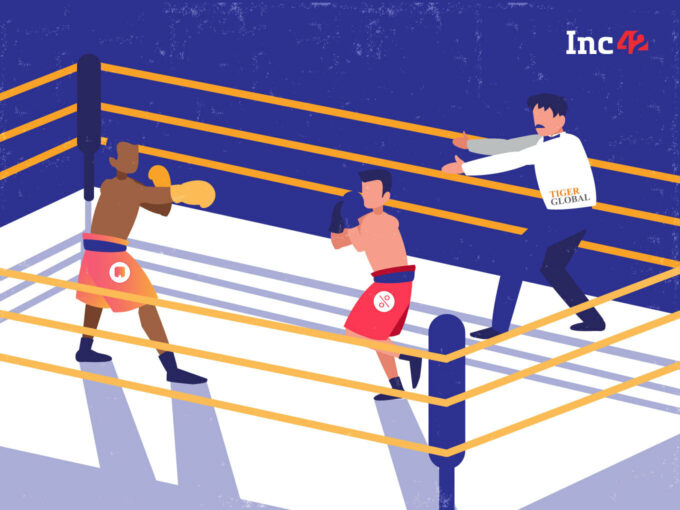 Startups facing off over data leaks and IP theft has become an increasingly common sight in the Indian market in recent years. With intense competition in many of the tightly-contested segments, such allegations have become pretty commonplace. The latest one has come among two real estate tech companies. On June 28, 2020, NoBroker filed an FIR at the cyber crime police station in Bengaluru alleging that gated community management platform MyGate has stolen its proprietary customer database and contacted NoBrokerHood customers to sell them their services. The company issued a press statement on the same and an aggressive media campaign began with calls, emails and messages on June 29, 2020.

On the same day, MyGate shared its statement on the complaint informing that it had filed an FIR in Bengaluru Bellandur police station on June 19, 2020 alleging that NoBroker is stealing contact details of its customers and spreading false and baseless rumours about MyGate services. Incidentally, both startups have Tiger Global as an investor.

Essentially, both the companies are claiming theft of data, employee bribes, unsolicited calls to customers among other things. The companies, talking to Inc42, said that the investigation has been left to the police and will progress accordingly, however, both said they haven’t yet been approached by the police for the respective complaints.

The companies also aren’t sure how the confidential data was accessed by the other company, but since, their investigation indicates the same, they have filed the complaint on the matter. Essentially, both the companies are unaware if this is data theft, data breach or an internal leak by any stakeholders, with access to the data.

MyGate Files FIR Against NoBroker And Its Investors

As per the chronological order of the complaints filed, MyGate fired the first shot. The FIR reviewed by Inc42 was filed by Vivrish Technologies, the parent company of MyGate, on June 19 and mentions NoBroker, its founders, investors— SAIF Partners and General Atlantic and three NoBroker employees along with other unknown persons.

Talking to us, MyGate cofounder Abhishek Kumar said that the company had started receiving complaints from customers from March. This, however, increased in April-end and May, where customers complained about NoBroker employees calling them with details about their society etc.

In early-May, MyGate employees raised a flagged internally about receiving calls from NoBroker human resources personnel with job offers. This, Kumar says, isn’t illegal or unsolicited but alleges that they had offered benefits in cash or kind for employees to share confidential details like company’s sales incentives structure etc, which employees found unethical and raised an alert to the management.

With repeated customer complaints and alleged employee poaching efforts, Kumar said that the company set up an internal investigation team to record such instances. As a result of the same, the company on June 12 issued a legal notice to the company. On being asked about approaching the NoBroker management directly, Kumar said that the company wasn’t sure if individual communication would help. However, Kumar says, the company wanted to give benefit of doubt to the corporate management and hence, had issued the legal notice as good practice. MyGate asked NoBroker to cease and desist from these practices and also sought monetary compensation.

But such details about a society’s management are available publicly or are usually just a Google search away. Kumar said that while this is true, the company had fed dummy numbers of its employees for at least two societies, which traced back to NoBroker— as MyGate employees received calls from NoBroker employees concerning the property. MyGate has 860 employees on payroll and around 150 employees on contract or consultancy basis.

Explaining how these concerns arose, Kumar said that the company has an internal spreadsheet maintained by the teams with the society name, manager data etc. This is where the company fed the dummy numbers for two societies, for which NoBroker called. Kumar alleges that this is the only document from which the data might have been leaked, and many employees in the sales and client management team had access to this spreadsheet.

The company has highlighted specific cases in its complaint, Kumar said. For instance, the company in its complaint alleged that over several months it received credible information that NBH and its employees have been illegally and dishonestly and unethically stealing MyGate customers’ information. It alleged that NoBroker has been misusing the information to establish business relationships with MyGate’s existing customers.

NoBroker Hits Back With FIR Against MyGate Founders

The company claimed in the FIR that its staff has been actively and persistently chasing management committee members of societies from the NoBrokerHood customer database. “We have concrete proof and call recordings of how they have stolen our data and we had to file a police complaint against them… Companies should work within a legal framework and better their software instead of blatantly stealing competitors’ data,” Saurabh Garg, cofounder and chief business officer of NoBroker, said in a statement.

Talking to Inc42, Garg said that NoBrokerHood, the gated community management product which NoBroker launched two years ago, gained speed and prominence after the acquisition of SocietyConnect earlier this year. He noted that the company has added 3K societies since then and over 4K societies as its customers now. Like MyGate, NoBroker also uses dummy clients and customers for testing purposes, which should ideally be sandboxed from live customers. However, in this case, the dummy society was part of the larger database of all customers.

He alleged that the company had noticed discrepancies for the last five to six months. He also alleged that NoBroker noticed that at least two employees joined the company from MyGate and left soon after, and alleged that these could have been planted to steal customer data from NoBroker. He, however, agreed that the company isn’t aware of how this data might have been stolen and has no proof of it, but they believe it is MyGate since MyGate added NoBroker’s dummy society data in its database approximately 20-25 days back.

“We know it is MyGate because they have access to dummy society which we set up for training purposes, and it is nowhere but with us,” he added.

NoBroker also claimed its product is superior to MyGate and that MyGate is rapidly losing market share. The company said it has concrete proof and call recordings about how MyGate has stolen the data and thus had to file a police complaint against them.

“It is disturbing to see that MyGate is having to resort to such dishonourable antics to survive competition. We have always believed that good ethics form the foundation of good businesses and induct all our employees with the best business practices. Companies should work within a legal framework and better their software instead of blatantly stealing competitors’ data,” NoBroker’s Garg added.

One of the common threads between the two companies besides their business model is Tiger Global, which has invested in both startups. Talking about the common investor and leveraging that to resolve the issues, MyGate’s Kumar said that Tiger backed NoBroker’s main real estate business, but after NoBrokerHood it became a direct competitor. However, he isn’t sure about how the investor will take the matter here, though the company has informed all its investors about this case. MyGate’s FIR does not name Tiger Global, but does name other investors SAIF Partners and General Atlantic.

Another concern about the complaints by both companies is that without data breach or data theft, how exactly did the information get across? Further, more importantly, did the companies take due internal investigation process to identify if this is not an internal leak before levelling allegations at each other? Of course, this also raises questions about common investors in competing companies, which are further complicated by the data theft allegations.

Tiger Global declined to comment on Inc42‘s query on the matter.