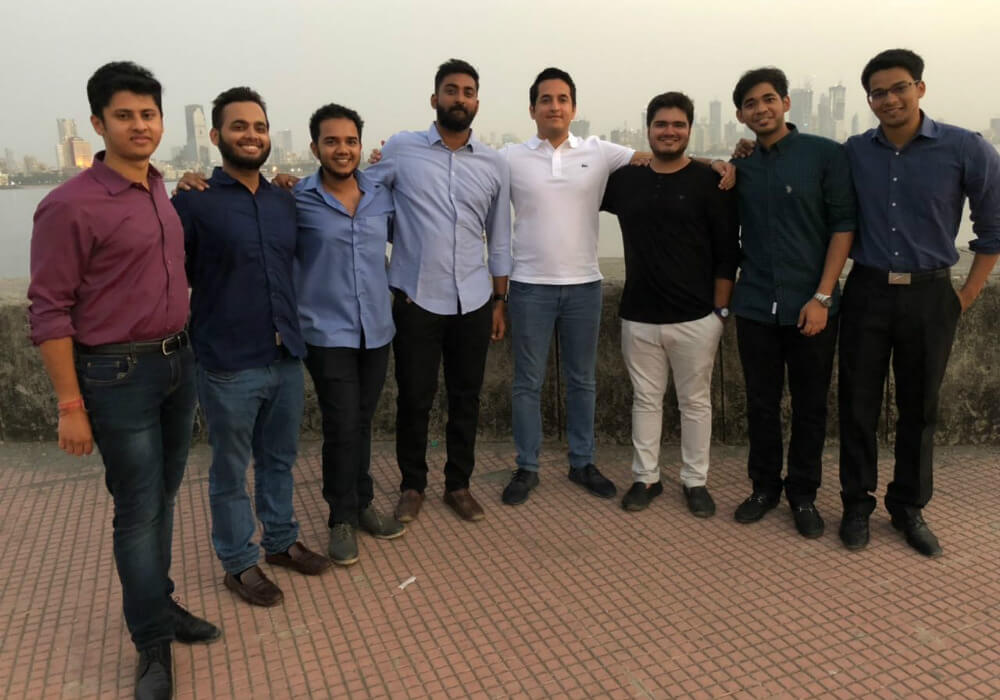 This round also marks the formation of  AngelList first Syndicate in India which was launched in January this year.

While the funding amount has not been disclosed, Elemential will utilise it for team expansion to cater to its global demand.

Commenting on the fundraise, Raunaq Vaisoha, co-founder and CEO, Elemential said, “Blockchain orchestration and management is a fundamental challenge in the blockchain ecosystem, that’s a roadblock to scalable implementations. With Hadron, our focus is to make managing a blockchain network an easy process with a short learning curve. The Jeff Bezos of the blockchain world will build his product using Elemential; that goal keeps us on our toes.”

Founded in 2016 by Raunaq Vaisoha, Anil Dukkipatty, Sahil Kathpal and Aaryaman Vir Shah, Elemential offers a blockchain middleware called Hadron (orchestration tool) for enterprises. As Raunaq dubs it as the “Wordpress of the blockchain space”, the Elemential product is sector agnostic and is solving this problem through its products: Hadron and Elements (building blocks) both of which help to build scalable blockchain applications.

The blockchain startup is working with the National Stock Exchange (NSE) and several other pilot customers across cases that vary in their usage from KYC, trade finance, reconciliation, consent management, etc.

What Is Hadron? Why Does One Need Hadron While Using Blockchain Platform?

Imagine the website handling, content publishing and its control with and without WordPress. A user can publish his or her content without using WordPress too. However, it’s the WordPress that makes the entire process seamless, easy and impactful.

As per Raunaq, Hadron is a freemium middleware, much like WordPress plugins which are used to control and monitor websites. The middleware admin console helps manage the blockchain. It manages everything in blockchain – keys, stakeholders, smart contracts and so on which otherwise is very difficult in the case of blockchain.

To ensure the security at the middleware-end, “We have developed a utility protocol Federated Network Protocol (FNP) that controls the Hadron. This ensures the security of the Hadron. If at all any bug comes, the protocol removes Hadron and reinstalls it,” says Raunaq.

The protocol acts like a moderator and administrator which further derives its security from the blockchain. The company has also filed a few US patents pertaining to the product.

There also exists a coin called Hadron Coin and Hadron Cloud mining, to which Raunaq clarifies that their Hadron admin console is completely different and independent from the abovementioned Hadron cloud mining. There is no correlation.

Since Hadron does not interfere or get involved into the DApp frameworks, irrespective of the applications and platforms, it’s easy to install it with all the blockchain platforms such as Hyperledger and Corda, and applications such as smart contracts, banking solutions or shipping, etc.

Regardless of how it ends, every startup journey is fascinating, and so is Elemential’s. The Elemential journey found its root way back in  2011-12 with Raunaq who was then a 15-year old young student and used to trade Bitcoins. However, the fall of the then largest Bitcoin exchange Mt. Gox in 2014 made him look deeper into the Bitcoin subject and the underlying technology i.e. blockchain. By then, Raunaq had also started blogging on cryptocurrency-related stuff.

Intrigued by the possibility of a future with commoditised trust, in 2015, Raunaq launched HackCoin – a global community of blockchain developers. As per Raunaq, HackCoin Mumbai was India’s first blockchain hackathon and gained the support of institutions such as Microsoft, IBM, Citrus and others. Over 300 developers from companies like Infosys, Banca Sella and others engaged with institutions to build use-cases that would lay the groundwork for India’s blockchain efforts.

This hackathon was the platform that introduced Raunaq with the other co-founders Anil Dukkipatty and Sahil Kathpal. Interestingly, both Sahil and Anil turned out to be the actual winners of the Hackathon.

“There were almost 300 participants. Participants from JP Morgan, Infosys and other big corporate companies. However, of these, Anil and Sahil who were still studying in their third-year not only made it to the final but actually won the competition also. I was already looking for cofounders, this caught my attention,” says Raunaq.

“Being a blogger, I enjoyed my name appearing in the Google top ten searches while searching for blockchain. And, that’s how we started getting PoCs,” opines Raunaq.

“That was our first project. We had by then established our own LLP called Elemential Innovation LLP.”

In 2016, Raunaq went to New York to attend a conference. There, he met Jaspreet Bindra, Chief Innovation Officer of Mahindra And Mahindra and Sankarson Banerjee, CTO of NSE. Both of them agreed to award blockchain-based PoCs to the Elemential team.

Jaspreet awarded a project pertaining to Mahindra Finance factoring units, while NSE asked Raunaq to develop a blockchain-based PoC for its KYC system. Raunaq and other co-founders then went on to startup Elemential in 2016.

The Failure That Led The Way To Success

In May 2016, Elemential completed the PoC for NSE.

“The NSE people were very excited and in fact, organised a big conference where we were supposed to showcase our product. Bankers to capital market veterans, there were around 300 industry people in the conference. The entire room was filled up. Everyone was eagerly awaiting the Jobs’ ‘boom’ moment that ‘yeah,  we are number the one in the blockchain,” recalls Raunaq.

He further adds, “While we kept describing the plus points of blockchain – how secure and stable this technology is, as soon as we clicked on the blockchain, it crashed. We kept troubleshooting but couldn’t. Everyone finally left the room, red-faced.”

Did The Elemential Team know what had exactly happened?

Raunaq averred, “We knew what had happened. As we clicked on the blockchain, it started updating, which, in an enterprise environment, should not have happened.”

“This changed the way we were thinking to cater to the demand. That’s when we decided that we needed to build a middleware like Hadron.”

However, not only NSE but nine other banks actually adopted their KYC solution.

While the funding led by Matrix Partners will be further utilised to strengthen the Indian team, it will also cater to the global demand that the company is expected to receive.

Rajat Agarwal, Vice President, Matrix India stated, “Every new technology can go mainstream only when you can streamline application development and large-scale deployment. We are excited to partner with Raunaq, Sahil, Anil and the Elemential team in their journey to help democratise the use of blockchain globally. Blockchain is the next big infrastructure shift in technology and we are looking to invest in startups that are capturing value at the core infrastructure, middleware or application layer.”

Worldwide, blockchain adoption and implementation is the main topic of discussion. In fact, Gartner recently estimated that the business value added by blockchain would grow to slightly over $176 Bn by 2025 and then surge to exceed $3.1 Tn by 2035. At this time, being one of the few middleware providers in the segment, Elemential has a huge market to cater to.