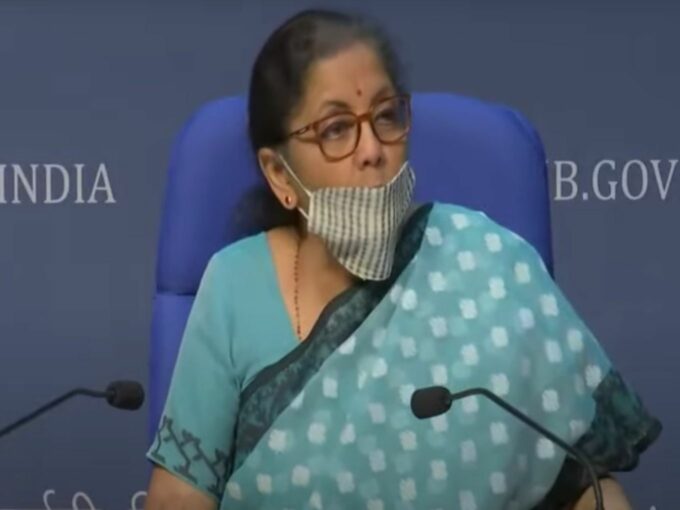 Finance minister Nirmala Sitharaman on Wednesday shared the policies and the criteria for the allocation of relief funds for the MSME sector. The allocation is part of the overall INR 20 lakh Cr economic stimulus package announced by Prime Minister Narendra Modi on Tuesday (May 12, 2020). PM Modi had announced that the ‘Atma Nirbhar Bharat Yojana’ will focus on making India self-reliant in manufacturing, local consumer goods and supply chain, all sectors where MSMEs play a major role.

Sitharaman rolled out a collateral-free automatic loan for MSMEs which has a corpus of INR 3 Lakh Cr. Tech startups registered as MSMEs can avail the benefits as long as they fit the eligibility criteria. In the last couple of years, many startups have registered themselves as MSMEs to avail the benefits that the government offers to businesses in this class.

MSMEs also form the customer base for many of India’s B2B startups, particularly those working in the retail supply chain, logistics, warehousing, B2B ecommerce, procurement and SMB SaaS. Due to the losses faced because of the lockdown, many MSMEs were unable to pay for services offered by their B2B startup partners. However, this infusion of funds is expected to help MSMEs pay their dues to B2B startups so that they can also return to a better position financially.

Sitharaman also announced that no guarantee or collateral will be taken for providing these loans and will be provided for a period of four years. In another relief, MSMEs will have to pay only the interest amount for the first year while the principal amount will be taken by the government from second year onwards. This means that a moratorium will be provided to MSMEs for the first year.

The finance minister said that the decision will help around 45 Lakh MSMEs resume operations. “MSMEs are the backbone of the country and they will play an important role in making India self-sufficient while promoting the Make In India initiative.”

MSMEs account for 45% of the country’s industrial output and 40% of its exports. 48.8 Mn MSMEs in India, which employs 111 Mn people, has been hit hard after the Covid-19 pandemic, which has impaired their cash flow. According to DataLabs by Inc42, the total GVA (gross value added) of the Indian MSME sector by FY’20 was estimated to be $866 Bn.

In what could be an important step to helping MSMEs in India, the government has also now changed the definition of MSMEs. Now a company can be MSME if the turnover is up to INR 100 Cr. The distinction between manufacturing and service-based MSMEs will be removed, the finance minister said.

Previously, MSMEs were only categorised on the basis of the investment raised. However, the government is now also defining MSMEs based on the revenue generated. “This will help many enterprises to be registered as MSMEs in different categories so that they can get more benefits now,” Sitharaman said.

Moreover, the government has revised the investment limit upwards so that more MSMEs can fall in such categories where they’ll get the maximum benefits from government schemes. “If you have raised large investments, you’ll be still defined as MSMEs. No benefit will be taken away,” Sitharaman said.

Here’s a breakdown of the new categories: In addition to the INR 3 Lakh Cr corpus, Sithamaran also announced an INR 20K Cr subordinate debt to help around two lakh MSMEs which are stressed due to the lockdown.

“MSMEs which are having non-performing assets and are stressed will get benefit from this,” she added. Out of the total INR 20K corpus, the government will provide INR 4 Cr while the rest will be provided by the banks.

Besides offering loans, the government has also set up an INR 50K Cr Fund of Funds (FoF) that will invest in MSMEs which have the potential to scale. The government routes the corpus through mother-fund and daughter-fund and will pick up an equity stake in MSMEs.

Sitharaman said that the fund will help MSMEs to expand and even list in public markets in the future. She also noted that these MSMEs are already performing well and the hand holding will help them to grow larger.

In a move that will help Indian MSMEs increase inflow of business, Sitharaman announced that all the government procurement tenders up to INR 200 Cr will not accept applications from global enterprises.

This will help local MSMEs to provide products and services to government organisations. Sitharaman said that the step is taken in alliance with PM Modi’s vision of becoming self-sufficient. “In the past, many MSMEs were not able to compete against global suppliers. But this decision will make them self-reliant while promoting the Make in India initiative,” she added.

During the press briefing, Sitharaman also announced that the government and all the central public sector enterprises (CPSEs) will be cleared within the next 45 days. This means that all the MSMEs will get all the refunds which have been pending with the government.

Meanwhile, the government is also looking to start e-market linkages to help MSMEs get new businesses as marketing exhibitions will be difficult to conduct post lockdown.