Besides HomeLane, Dhoni has also invested in Khatabook, Cars24 and D2C brand 7InkBrews 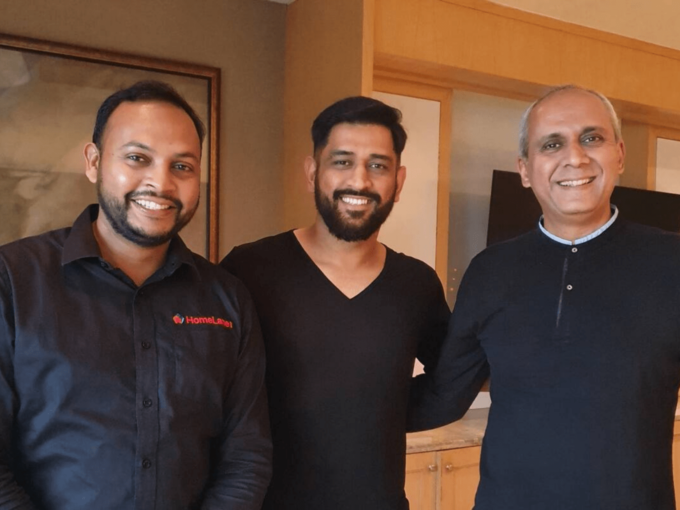 Interior design startup HomeLane has entered into a three-year strategic partnership with former Indian cricket captain Mahendra Singh Dhoni, who has picked up an equity stake in the company and signed up to be its brand ambassador. However, the details of the investment remain disclosed.

“As HomeLane expands into new markets and deepens its presence in its existing 16 cities, its strategic association with MS Dhoni will enable the company to create high decibel visibility and connect with its consumers,” the company said in a statement.

HomeLane plans to expand to 25 new Tier 2 and 3 cities over the next two years, and said it will spend INR 100 Cr in marketing to support this expansion. The company also plans to launch an ad campaign featuring Dhoni around the upcoming IPL season, as per a Hindu Business Line report.

Prior to this, the Bengaluru-based startup had raised INR 60 Cr (over $8.1 Mn) in August last year from investors such as Accel Partners, Sequoia Capital, Evolvence India and JSW Ventures. Till date, the company has raised approximately $54 Mn.

With the completion of the deal, Dhoni becomes the first brand ambassador of HomeLane. Prior to this investment, he has invested in companies such as business ledger app Khatabook, cars marketplace Cars24 and most recently, in the food and beverages D2C company 7InkBrews.

In December last year, HomeLane said that it was growing 5%-7% month on month, following a slowdown in business during the lockdown between April and August 2020. The company recorded INR 268 Cr in revenue for FY21 16% higher than FY20 and ended the year with a loss of INR 60 Cr, 40% lower than FY20.