This week was a mix of some prominent movers and shakers in the Indian startup ecosystem. Logistics startup BlackBuck has onboarded Flipkart founder and group chief executive Binny Bansal on its board of directors. Bansal joined the company’s board after Neeraj Aggarwal, former Vice President of supply chain operations at Flipkart, quit the ecommerce firm and stepped down from BlackBuck’s board in April this year. Flipkart is one of BlackBuck’s early investors.

Further, Incedo has appointed ex Flipkart COO Nitin Seth as Chief Executive Officer, effective immediately. Seth will help build on Incedo’s strong list of clients, deepen its commitment to driving innovation in emerging technologies and lead Incedo in its next phase of growth.

In another development, InMobi has appointed Ravi Krishnaswamy, former senior vice-president of engineering at Flipkart, as CTO at the company. He replaces Mohit Saxena, InMobi cofounder who recently moved to the US but continues with the company. However, InMobi’s marketing chief Arun Pattabhiraman has resigned from his position. Pattabhiraman had joined InMobi in 2011 as the business development officer and became its global marketing head in 2015.

Let’s have a look at other movers and shakers of the Indian startup ecosystem this week. 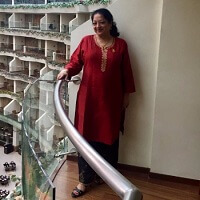 Garima Nagpal, a seasoned hospitality professional with over four decades of experience has joined OYO. In her new role as Head of Quality, Garima will be responsible for network-wide upgradation of OYO hotels to ensure highest levels of quality, including hygiene and ambiance. The appointment is in line with OYO’s commitment to solve supply-demand imbalance and offer beautiful and quality living spaces.

Of her extensive hospitality career, Garima has spent nearly 30 years as the Head of Housekeeping across several hotel chains. She has worked with marquee brands including The Oberoi, Taj, Hyatt, Le Meridien and India Habitat Center. Garima joins OYO from The Imperial Hotel where she was the Executive Housekeeper for nine years.

A 1975 graduate from IHM Pusa, Garima did her schooling from Hyderabad. Out of campus, she joined the Executive Housekeepers Program at the Oberoi School. Garima has received several awards, including AHA – Outstanding contribution to the Hospitality Industry in 2013. 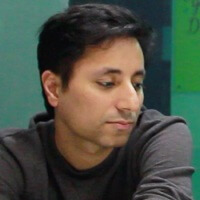 Sandeep will play a key role in building allAyurveda.com as a leading comprehensive and holistic natural health portal. Sandeep brings with him a sound experience of founding new age organisations and a rich technology background. He will spearhead the global expansion of allAyurveda.com as well as establish the local business of the health portal.

Prior to joining allAyurveda.com, Sandeep was the Co-founder and Director of WorkTNC wherein he looked into the product development, marketing and investor relations of the company. Presently, Sandeep is still involved with WorkTNC in an advisory role. Over the past 13 years, Sandeep has worked with companies like Foxymoron, CouponDunia, Kalaari-funded Embibe, Flightnetwork.com and Euromoney wherein he was responsible for digital marketing planning and strategy, research and development, acquisition, content marketing and business operations management. 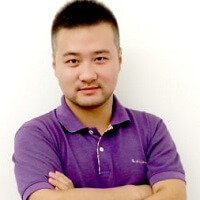 SHAREit, a leading social content sharing platform has appointed Jason Wang as the Managing Director, India and Vice President for Emerging Market. Jason joined SHAREit in August 2017.  He has spent over nine years in India and understands the Indian consumer psychology well.

Jason Wang started as a journalist and worked with media industry for over 10 years. From being a reporter for International news division, he, later on, went to become the chief correspondent for South Asia. Thereafter, he was the Editor-in-Chief of Digital publications in Southeast Asia as well as the Director for Overseas Social Media Management.

After 10 years of journalism, Jason took up a new role in business and marketing and became the Founder of a startup in 2015. He also guided dozens of Indian start-ups and provided seed funding to some of them. 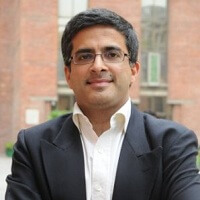 He is a graduate of St Stephen’s College and Cornell University. Prior to joining Zomato, he founded Tasanaya Hospitality Pvt. Ltd, a consulting firm servicing international and domestic restaurant chains. He was also joint managing director for Mars Hotels and Restaurants and president of National Restaurants Association of India. 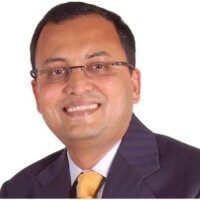 A Xavier’s College commerce graduate and a chartered accountant by professional qualification, Gupta has nearly 29 years of work experience in finance. He started his career with a nearly 12-year stint at FMCG giant Hindustan Unilever, where he was part of the fertilizers business vertical.

Prior to joining Rivigo, he worked for over three years at Microsoft India as the finance director. He has also worked with different profiles in companies such as Novartis, DHL, and North America-based consumer food brand, Conagra.

Tang has been part of the Fosun’s investment arm since 2003 and is senior vice president and global partner at the Fosun group, according to the firm’s website.

Paytm Appoints Its Senior VP As Head Of Lending

Paytm has appointed its senior vice-president Krishna Hegde as head of lending as the company looks to offer financial products to customers and merchants in partnership with lenders. Prior to this, he was seeing Paytm’s digital gold product.

Senior vice-president Nitin Misra is now said to be in charge of the Paytm gold product, apart from overseeing Paytm hotel and packages products, which he took over earlier this year.

Hegde has been with Paytm since February 2016. He earlier had career stints with leading firms such as Barclays, Lehman Brothers, IDFC Private Equity and more.

Stay tuned for the next edition of the important Movers and Shakers Of The Week.