Movers And Shakers Of The Week [20 February – 25 February]

Movers And Shakers Of The Week [20 February – 25 February]

Ramkumar Narayanan, general manager and global head of monetisation products at eBay Marketplaces in India, has resigned from the firm. He was primarily responsible for generating revenues for eBay.

Previously, he was the Vice President of global product management at Yahoo! and also worked with Microsoft in the past. 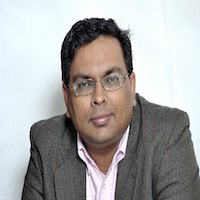 In the continuous spree of senior-level exits from Snapdeal, now FreeCharge CEO Govind Rajan has also resigned. Govind joined Freecharge in August 2015. He replaced Kunal Shah as the CEO in May 2016. The reason for his exit is undisclosed. Snapdeal had acquired Freecharge for over $450 Mn through a mix of cash and equity in April 2015.

In his previous stints, Govind was the Chief Marketing Officer (B2C) at Bharti Airtel and concurrently also served as the CEO for Airtel Money.

Going forward, Jason Kothari will oversee the business operations of FreeCharge as part of his overall responsibilities of portfolio management as the Chief Strategy and Investment Officer of Snapdeal. Jason, the interim CEO of Housing.com since Rahul Yadav’s departure, was brought on board by Snapdeal as Chief Strategy and Investment Officer in January 2017. 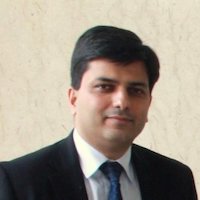 Former Head of Marketing Analytics at Fidelity India andthe founderr of carpooling app iRideShare Pratul Chopra has joined Flipkart. He will be working with the senior leadership team at Flipkart and will be part of strategy deployment.

Chopra, an IIT Delhi and IIM Bangalore alum, worked in various leadership roles at Fidelity for 10 years before briefly running his own startup. Flipkart’s Seth was Fidelity’s Country Head for six years from 2010, and Chopra used to report to him. 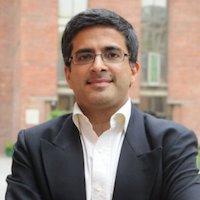 Restaurant listings and discovery company Zomato has appointed Samir Kuckreja, as president of its cloud-based point-of-sale (PoS) system Zomato Base. Prior to joining Zomato full-time in February, Kuckreja served as a consultant to the firm.

Earlier, he was the former Chief Executive of QSR chain Nirula’s Corner House.

Besides serving as CEO of Nirula, he was joint managing director for Mars Hotels and Restaurants and was former president of the National Restaurants Association of India. 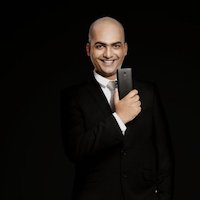 Xiaomi Inc. has elevated India Head Manu Kumar Jain to the post of global Vice President. Under Manu’s leadership, the company’s operations in India expanded from a small team into India’s second-largest smartphone vendor with 10.7% market share, as per the IDC.

Jain will continue to oversee the company’s India operations as managing director.

Jain has been associated with Xiaomi’s India operations ever since the company set foot in the country in 2014. Prior to this, he had co-founded popular fashion ecommerce site Jabong.com.

Jain has replaced former Xiaomi global VP Hugo Barra who will be joining Facebook to lead its virtual reality efforts. During his three-and-a-half-year tenure, Barra spearheaded Xiaomi’s global expansion plans, including in emerging markets like India.

Vice President of Products and Design Kartikeya Misra, Director of Brand Management Vishwanath V, and Director of Sales Suman Punuru have quit the company, as their LinkedIn profiles show.

Misra, who joined the firm in January 2015, went to WalmartLabs India as Director – product management in December last year. Prior to Urban Ladder, he was Director – Product Management at Yahoo! Inc.

Vishwanath, after just a 10-month stint at the company, has joined fashion portal Voonik as Chief Marketing Officer while Punuru is currently freelancing as a consultant.

Times Internet has appointed Rattan Chugh as the new Chief People Officer from Standard Chartered, while Vivek Pandey joins in from the Tata Group as the Vice President of Growth and Analytics.

Rattan, who earlier held the role of Executive Vice President and Head of Global HR Shared Services at Standard Chartered Bank, has over 25 years of experience with diverse companies – ranging from leading multinationals to startups.

He will be at the forefront of the people strategy at Times Internet. The former Country Head for Fidelity Investments in India also founded Cornerstone Portfolio Services.

Vivek, a published author of books and research papers, has held leadership positions across marketing, business, analytics and product development in large corporates like Tata Group, Times Group, and MakeMyTrip.

Vivek will be responsible for Growth Marketing and Analytics Functions for the company.