Movers And Shakers Of The Week [6 February -11 February]

Movers And Shakers Of The Week [6 February -11 February]

Cab-aggregator Ola saw the exit of two senior executives this week – with Chief Financial Officer (CFO) Rajiv Bansal and Chief Marketing Officer (CMO) Raghuvesh Sarup resigning from the company. Bansal had joined Ola in January last year from software giant Infosys, where he was CFO. Sarup joined around the same time from Microsoft, where he was Managing Director.

Let’s have a look at some other important movers and shakers of the week. 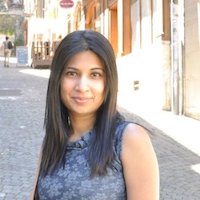 CleverTap, a platform for behavioural analytics and user engagement has appointed Almitra Karnik as Head of Marketing & Global Growth.

Almitra is a prominent member of the Silicon Valley startup community, having led product marketing at Twilio, and most recently building out Splunk’s global brand recognition.

She brings experience in cross-market growth development, having also served as Marketing Manager for Fortune 500 companies like Cisco Systems and EMC Corporation. 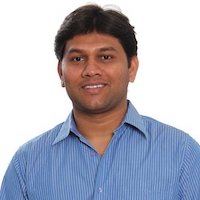 Komaravelly has been with Snapdeal since 2010. In his last role, he headed Snapdeal’s zero-commission marketplace Shopo. 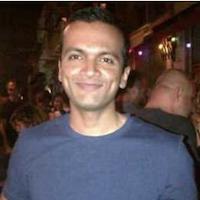 He oversaw Snapdeal’s $400 Mn acquisition of mobile wallet company FreeCharge in 2015. Kumar was responsible, along with founders Kunal Bahl and Rohit Bansal, for raising funds for the company. 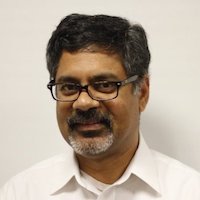 Ola has announced the appointment of Dr. Badri Raghavan, a seasoned data scientist with over 20 years of extensive domain experience, as its Chief Data Scientist.

Prior to Ola, Badri was the Chief Data Scientist and Founding CTO of FirstFuel Software, a leading energy and utilities analytics firm based out of Boston. Not only did Badri steer the development of the breakthrough energy analytics applications at FirstFuel, he was also instrumental in establishing the overall technology vision and driving the firm’s growth in significant ways across three rounds of venture funding from leading VCs.

Badri has also worked with IBM Research in New York as the Associate Director, Energy and Utility Analytics, where he helped set a framework for IBM’s analytics-driven Smart Grid applications. He has worked in FICO for nearly a decade in leadership roles in analytics, product, and operations. He was part of the founding team at FICO Bangalore, where he conceptualised, built, and executed the strategy to develop a Centre for Decision Analytics. iCubesWire, a digital marketing solution and concept provider, has elevated Nishant Sharma as Group Head – North. In his new role, Nishant will lead business operations in the North region with a special focus on business and sales. This move is in alignment with company’s strategy of accelerating growth in India.

Nishant was most recently Senior Manager – Business Development at iCubesWire and has been instrumental in driving sales and leading business development.

He joined the company in 2013 as Vertical Head – Sales. During his tenure at iCubesWire, he successfully executed CPI and CPD campaigns for leading ecommerce brands and corporates, helping them with increased visibility and enhanced ROI.

Nishant has a total of seven years of experience in the digital industry. Before joining iCubesWire, he was a part of the client servicing team at YouMint Media Pvt. Ltd. His key role comprised restructuring the team, building agency-client relationship and helping the company identifying new streams for revenue growth and developing plans to build consumer preference.

He has also worked with RV Akash Ganga Infrastructure Ltd. in the past.

Myntra has restructured its team with changes effective as follows: 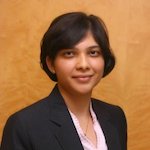 Gunjan Soni will head the Jabong business and will be responsible for driving it operationally through its next phase of growth. Gunjan has played a key role in firmly positioning brand Myntra as the leading destination for shopping fashion and lifestyle online. She is credited for growing the international brands business with 10+ marquee brand additions last year. Listed among the 30 fastest growing women leaders in business by Spencer Stuart-Economic Times, she was previously Partner at McKinsey & Company and Vice President at media conglomerate Star India.  In her new role, she will focus on setting the strategic direction for Jabong and drive growth and profitability for the business.

Naresh Krishnaswamy has been with Myntra since 2012 and heads growth and revenue. He has been elevated to the senior management team at Myntra and will continue to be responsible for the entire sales organisation and key initiatives to drive growth. Naresh joined as a Business Analyst and has grown through the ranks to his current position in the management team.

In his 5 years with Myntra, he has played a key role in growing the business and devising innovative offerings such as major sale events, price reveals, and gamification to drive traffic to the platform. Naresh founded the sales team in 2012 and has grown it from a small team of four people to a full-fledged department in Myntra. Prior to joining Myntra, Naresh was an Investment banker at UBS. 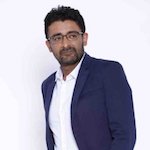 Manpreet Ratia joined the company last year as the Chief People Officer and Head for New initiatives and will take charge of Supply Chain and Consumer Experience.  In his new role, Manpreet will be focussed on ensuring supply chain and fulfillment operating models are flexible and agile to meet existing and future customer demands by leveraging technology for breakthrough innovation.

Manpreet comes with over 20 years of experience in the financial services and ecommerce industry.  Prior to joining Myntra, he was the Director Operations for Amazon India and before that he was the Chief Operating Officer for Citibank’s Asia Pacific Transaction Banking business in Hong Kong. He takes over this role from Ashutosh Lawania who co-founded Myntra in 2007 and has been responsible for outperforming the startup’s fulfillment plans and reducing delivery times. Ashutosh is moving on to start his new venture.

Charu Sharma has been appointed as the Director of Delhi-NCR region of LetsVenture.  She has 13 years of experience working with large corporates in strategic roles.

She is responsible for growing LetsVenture’s presence in the region. She is a member of the core team at LetsVenture and manages engagement with key stakeholders in Delhi-NCR.

Prior to Letsventure, Charu managed the Citrix Startup Accelerator in India. Five startups graduated from the batch, of which two startups raised their angel rounds and one startup was selected in the US-based Alchemist accelerator.

At Dell, she managed Sales for some of the largest clients in West India. She account-managed clients across multiple sectors including banking, construction and software services and was responsible for prospecting new business and growing the territory.

Prior to that, Charu led marketing and business development efforts for UK at Evalueserve. She managed a team of eight and was responsible for branding, client acquisition and marketing activities to grow visibility for Evalueserve’s research & analytics services in the region.

Charu started her career as a technical support engineer at Hewlett Packard. She is a software engineer by education.

While Gupta has been with Flipkart for almost five years, Vikram had a three-year-stint with the Bengaluru-based e-tailer. Gupta’s next move has not been finalised yet while Vikram has started a new venture around video-based learning.