Movers And Shakers Of The Week [3 October – 8 October]

Movers And Shakers Of The Week [3 October – 8 October]

Dhiraj Rajaram has acquired a majority stake of 51.6% in the data analytics firm Mu Sigma by buying out his estranged wife Ambiga Subramanian’s holdings and has taken over as the CEO of the firm by replacing her. Before the deal, both he and Ambiga held a stake of around 25.5% in the company. The firm had been facing uncertainty over future ownership and management on account of the divorce between Dhiraj and Ambiga this May.

Ambiga, who was appointed as the CEO this February, will continue to serve on the board in a non-executive capacity. It was not immediately clear if she will continue to be associated with the firm once the transaction is completed.

Swiggy has appointed Mukesh Bansal as the company’s Strategic Advisor. 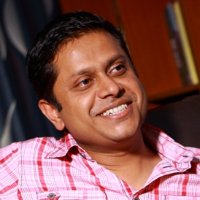 Bansal was the founder and former CEO of fashion ecommerce platform, Myntra. In March 2016, Bansal, and  Ankit Nagori, former Chief Business Officer at Flipkart, teamed up to launch a startup in the area of healthcare, and sports and fitness. He is currently the founder CEO of Curefit, set to launch in early 2017.

In his new role, he is expected to help the leadership team achieve the goal of changing the way India eats and drive Swiggy’s next phase of growth. His role in building an incredible product and scaling private brands at Myntra will prove to be beneficial for Swiggy, as they run a host of initiatives to solve different problems for their consumers. He brings an intricate familiarity with the ecommerce business, metrics, goals, and complexities. He is an IIT Kanpur alum.

Ecommerce and payments platform Paytm has appointed Madhur Deora as its 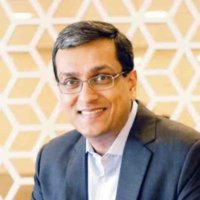 Chief Financial Officer and Senior Vice President. Deora was earlier associated with Citigroup as its Managing Director. Deora will be responsible for building, managing, and expanding Paytm’s financial services business.

His expertise will help the company to build the newly formed financial services business into one of the largest from India. Deora has over 17 years of expertise in banking and management services. He also led the fundraising discussions between Paytm and Ant Financial in 2015.

Rajat Tandon as its new President. In his new role, his key priorities will be the continuing promotion of regulatory reform, and deep engagement with the widening member base of IVCA

Prior to IVCA, Rajat was part of the leadership team at NASSCOM, the Indian IT, and ITES/BPO body. As Vice President, he led NASSCOM’s 10,000 Startups initiative, supporting tech startups in India. Rajat has an early stint as an entrepreneur and an extensive corporate experience in the IT & Telecom and Location services.

Over the past 25 years, Rajat has worked in various positions, ranging from technical support, sales leadership, service delivery to strategic initiatives at Siemens, Nortel, Nokia (NAVTEQ). In the startup sector, Rajat is extensively networked, having worked with most leaders in the industry.