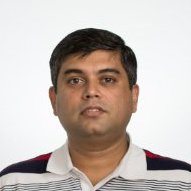 Payments startup Stripe, valued at $5 Bn, has hired its first India employee as it looks to kick-start operations in Mumbai. Anand Balaji, an ex-Amazon executive, has come onboard Stripe and is currently mapping the India market for the company. Balaji is a Wharton business school graduate. Prior to joining Stripe, he headed mobile business development at Amazon India and was part of a four-member product management team that launched the e-tailer’s website here. Digital payments gateway firm Citrus Pay has roped in former PayPal executive Abhishek Ayyagari as its chief product officer (CPO). In his new role, Ayyagari will look after all the product aspects of the Mumbai-based Citrus while working with the technology team. Ayyagari also worked as the group product manager at Ajio—the e-commerce venture of Reliance Industries. Prior to the one-year stint at Ajio, he had a spent five years at payments major PayPal as a senior product manager.

Cybersecurity firm Paladion has appointed former Infosys Ltd executive Sunil Gupta as president and chief operating officer. Gupta will be responsible for business strategies in the Middle East and India and will direct all business units and delivery. Before Paladion, Gupta was COO at EdgeVerve Systems Ltd. He has also worked at Aricent as vice president of engineering, at Symphony Teleca as CTO and at Logica India as COO.