Succeeding R Chandrashekhar, Debjani Ghosh has taken over the office of President of NASSCOM. Ghosh has earlier worked with the government and as a part of the industry to establish policies and accelerate technology adoption in India, especially as an enabler of inclusive growth and development. She has also been a member of NASSCOM’s Executive Council and a trustee of NASSCOM Foundation.

A major shaker of the week was lobby group Indiatech CEO Gyanendra Badgaiyan resigning from the company. This has been attributed to his difference in opinions and directions for the organisation with regards to the promoters of the lobby group viz founders of consumer internet majors like Flipkart, Ola, etc. 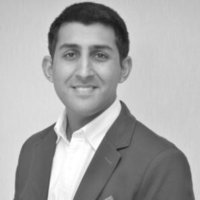 Dr Marcus Ranney has been appointed as General Manager, India for Thrive Global.

Ranney comes with a mix of medical and business experience. He has been trained as a doctor at University College London, and have practiced clinical medicine in London before making the transition in 2011 to Mumbai. He has since worked in the healthcare and life sciences industry as a venture capitalist and strategic advisor.

He is an active member of the World Economic Forum Global Shapers community and is a writer focused on artificial intelligence, automation and their future impact on our collective well-being. He will also build and launch Thrive Global’s media platform in India. 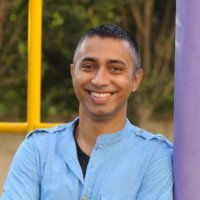 Sundar comes with 16 years of experience in the industry. Prior to this, Sundar was associated with PepsiCo for more than two years where he served as the Senior Director, Strategy. He has also played important roles in sales, marketing and strategy for leading global and domestic brands such as Unilever, Mckinsey & Co. and PepsiCo.

At Myntra, he will work towards Myntra’s growth pace; devising and implementing strategies for the next chapter in the brand’s journey. He will report to Myntra-Jabong CEO Ananth Narayanan. 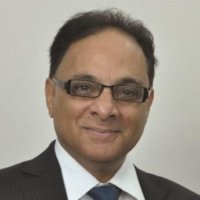 Vinod Sawhny has joined Zappfresh as the Senior Advisor for the firm. Sawnhy comes with decades of experience in the retail industry last holding the position of CEO of Reliance Communications Ltd.

He also held key C-level positions prior to that with Bharti Airtel, Spice Telecom, and Godrej GE as well as Ex-President, Bharti Retail.

At Zappfresh, Sawhny will help the company consolidate, course correct and set a strong foundation for the brand as a complete retail entity.

BloomReach has been appointed Aditya Singh as the General Manager in India.

Singh comes with more than a decade of experience in Silicon Valley where he has held product leadership roles at companies like Intuit and OpenTable. In betwee,n he also had a stint in Venture Capital for a couple of years where he observed the highs and lows of entrepreneurship and became passionate about startups.

Prior to BloomReach, he was heading product at ecommerce site search company Unbxd.

At BloomReach, Singh will provide overall BloomReach business and customer strategy including business and financial objectives, product strategy and customer acquisition. He will lead the Product Management, Business Analyst and Quality teams and will also oversee the daily functions of the Professional Services & Support team located in Bengaluru. 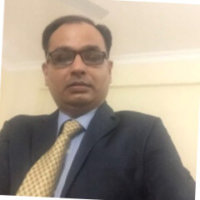 Gupta comes with over 17 years of extensive sales experience with brands like the Times Group, Reliance Capital, HDFC Bank, and ITC Limited.

At Faircent.com, Gupta will formulate sales strategies in the long and short term, using his experience and network to drive increased sales growth for the company. 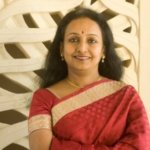 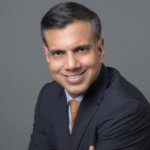 Gopal Srinivasan, the outgoing Chairman of the Indian Private Equity and Venture Capital Association (IVCA), announced Padmanabh Sinha as the Chairman of IVCA and Renuka Ramnath as its Vice Chairman.

Pamanabh Sinha comes with more than a decade of experience and is working as Managing Partner for Tata Opportunities fund. Renuka Ramnath comes with an experience of more than 20 years in the space and is Founder, MD and CEO of Multiples Alternate Asset Management.

For a coming couple of years, IVCA is planning to promote on-shoring of offshore pools of capital through its advocacy for GST rebates for deemed export of services.

The KWAN Entertainment has appointed its founding partners Indranil Das Blah and Vijay Subramaniam as its Co-CEOs.

Indranil Das Blah comes with 16 years of experience in the sales segment and has earlier worked with Globosport. He co-founded KWAN entertainment in 2009 and led the sports division there.

Vijay Subramaniam had joined Globosport as an intern and has managed events like WTA Sunfeast Open in 2008, and the countrywide Royal Stag Saif Ali Khan Rock Tour. As co-founder, he has been responsible for running various business verticals such as brand sales, live entertainment, television, music, and content.

With the aim of leveraging their combined extensive experience in the fields of entertainment, media, sports, and music, the company eyes its next level of growth with the duo managing its day-to-day operations and the agency business at KWAN.

With this, KWAN’s Founder Anirban Das Blah will take on a more evolved strategic role, in which he will guide the firm’s long-term vision, strategy, and growth as its promoter.

Ketan Patel has joined CASHe as the Executive Director and CEO and has also taken over as the  Managing Director of Bhanix Finance & Investment Ltd., the NBFC arm of the company.

Patel comes with an 18-year stint with Kotak Mahindra bank where he until recently held the position of a Business Head – CBS and Ecommerce and Corporate Banking. Also, from 2010 until 2015, he helped set up the Private Banking Business for the Kotak Group in the UK.

In his new role, Patel will focus on the company’s next level strategies that will focus on actions centered around accelerating CASHe’s organic growth momentum. He will also be focused towards driving its technology innovation, accelerate its operational excellence as well as delivering superior customer experiences.