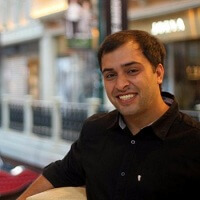 Ather Energy has appointed Karan K. Punjabi as the Head of Finance. In his new role, he will strive to strike the balance between efficient financial processes and freedom to innovate.

Karan is a Chartered Accountant and brings with him over 12 years of rich corporate finance experience. In his previous role, he was Chief Financial Officer at Arvind Internet where he contributed significantly in cost reductions, increasing efficiency of spends and strategy formulation.

Karan commenced his career at KPMG, and then moved to Flipkart where he served as Director of Business Finance. At Flipkart, he led the supply chain and lifestyle category finance and was involved in fundraising and corporate finance. 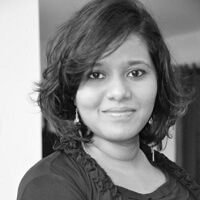 Treebo Hotels has appointed Sonali Ramaiah, a former senior HR executive at Cisco and Boeing, as the Head of People Function. In her new role, Sonali will lead all people initiatives for Treebo and will work closely with the leadership team to further strengthen the company’s culture and solidify its position as an employer of choice.

Sonali holds 16 years of experience in the field of human resources. Prior to joining Treebo, Sonali worked at Boeing as the senior HR executive and was responsible for building the Defense and IT teams at the organization.

In her previous roles at Cisco, Philips, and Fidelity Investments, she has driven several strategic interventions in the areas of Organization Development, Culture Change, building Leadership Competence and driving Employee Engagement.

Sonali is a graduate from Xavier Institute of Management & Entrepreneurship. 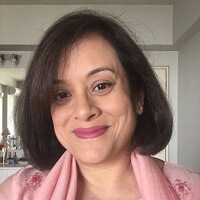 The National Association of Software and Service Companies (NASSCOM) has appointed Debjani Ghosh, former MD, Intel South Asia, as the NASSCOM President-Designate, succeeding R Chandrashekhar, President, NASSCOM upon the completion of his term in March 2018.

Debjani is the first woman President of NASSCOM and her appointment

Debjani has been a member of NASSCOM’s Executive Council and a trustee of NASSCOM Foundation.

GirnarSoft, the parent company of leading Automobile portals CarDekho, Gaadi, and Zigwheels, has appointed Pragya Kumar as Chief People Officer. Pragya takes over from Ankur Agarwal, who had taken the additional responsibility of handling HR while being the business head of insurance unit at the company.

With Pragya’s joining, GirnarSoft aims to add management structures to accommodate the increased workforce and reinforce the cultural values that will sustain the growing businesses.

In her new role, Pragya will facilitate a working culture and environment that will help the employees grow individually and collectively as a business unit.

With over 25 years of rich and varied work experience across different industries such as manufacturing, IT, EDA and E-Commerce, Pragya has developed a multifaceted approach to managing most import asset of a company, which is human resources. She has worked with organisations such as SAIL, Dorling Kindersley, iBilt Technologies and Mentor Graphics.

Prior to joining GirnarSoft, Pragya worked with Yatra.com for seven years as a Head – HR. She holds an MBA in HR from Delhi School of Economics and a Post Graduate in Political Science from Hindu College, Delhi University. 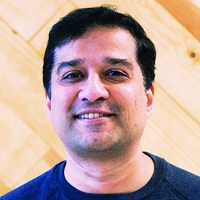 Narvar has appointed Srivatsa Narasimhan, as head India Operations. Srivatsa will be responsible for building and scaling the India organisation to enable the growth plans of the company globally, while helping establish Narvar’s presence in emerging Asia-Pacific markets.

Srivatsa brings more than 20 years of experience in engineering, product management, and services spanning domains like enterprise products, social gaming, and telecom. Most recently, as General Manager of Zynga India, Srivatsa managed a portfolio of three global game products generating $15M a quarter, while building and leading a team of 100+.