Movers And Shakers Of The Week [June 29-July 4]

Movers And Shakers Of The Week [June 29-July 4]

Miten Sampat, Chief Strategy Officer of Times Internet, has announced his exit from the company

Facebook has appointed Francis Jose, Manohar Hotchandani and Paras Sharma in its Partnership team in India 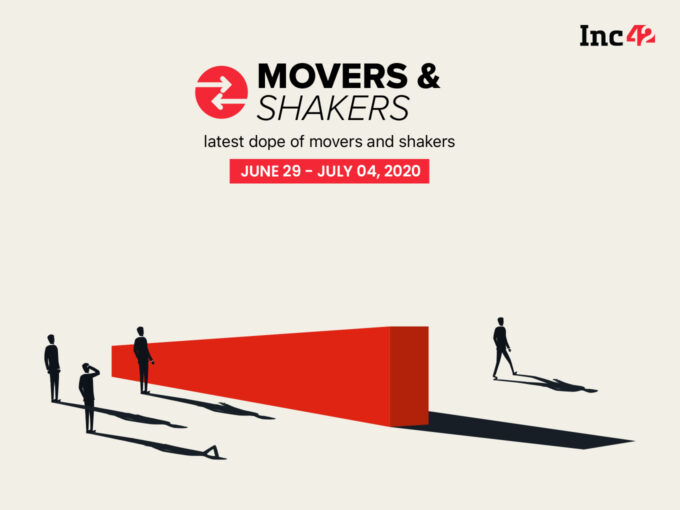 This week, Miten Sampat, Chief Strategy Officer of Times Internet, has announced his exit from the company after a seven-year-long stint. Sampat shared the news of his resignation on Twitter, expressing gratitude towards his colleagues, teams and partners. In his tenure, Times Internet grew from 50 Mn monthly active users to 550 Mn.

He led 15 acquisitions and over 10 minority investments via Times Internet. Sampat is also on the board of MX Player, ET-Money, Dineout, Haptik,  OML, Shuttl, Myra, and couple of stealth-projects, as per his LinkedIn profile. His investment portfolio comprises Delhivery, BYJUs, Uber, Airbnb, Shuttl, Myra (exit to Medlife), Ridlr (exit to Ola Cabs), OML, Pratilipi, and several others.

Here are the other movers and shakers of the week:

Facebook has appointed Francis Jose, Manohar Hotchandani and Paras Sharma in its Partnership team in India. The new hires will help lead strategic partnerships and initiatives to support Facebook’s growth in India, with an overall aim for driving better value for business partners.

The new hires will report to Manish Chopra, Director and Head of Partnerships at Facebook India.

Paras Sharma will be the Director for Media Partnerships and lead the charter across news, entertainment, sports and music verticals for both Facebook and Instagram. Sharma comes with 23 years of experience with global media organizations like Viacom CBS Asia, Fox International Channels and ESPN Star Sports.

He has worked across various functions including media, creative, content production, acquisition & programming, OTT platforms, marketing and business management and has led teams in diverse regions including India, SEA, China & Japan, with a focus on expanding to newer markets, creating localized programming and new programs; to grow audiences and engagement across linear and digital platforms.

Francis Jose is the new Director of Mobile & Connectivity Partnerships for India and will drive engagements across the Telecom, ISP & Mobile devices industries in India.

Over the past 21 years, he has held responsibilities across a wide spectrum of roles including network engineering, business development, sales & distribution as well as strategic partner management; working with clients & principals to develop newer go to market strategies and expand their user bases.  He joins Facebook from Samsung India Electronics and prior to that, he has worked at Blackberry, Reliance Communications, Airtel, Aptech & BPL Mobile.

He joins Facebook from Amazon where he led the Alexa voice service (AVS) business post a long stint at Microsoft across multiple roles.

Gupta will play a pivotal role as part of the senior management team at Educational Initiatives. With over 16 years of experience in strategic financial planning and managing investor relations, Gupta has worked across multinational companies including Bharti Airtel, Sony, Genpact and startups Nxtra Data, Runnr etc. Her roles involved financial planning and analysis, business reporting, strategy, and investor relations.

At EI, she will also oversee financial planning and reporting, accounting, controls, taxation, audits and regulatory compliance. Additionally, Gupta will manage internal and external stakeholder relationships and allocation of the company’s capital.

Puri has been with Bharti Airtel since 2004, and has held several senior leadership positions including Director – Market Operations and Director and CEO – DTH. Prior to joining Bharti Airtel,  Puri served as the Business Head – Foods at Cargill Foods India.

With an experience of 42 years in telecommunications, Pramod Kumar Mittal has served in the Department of Telecommunications, Government of India, for over 37 years. During his tenure, he was responsible for the liberalization of Basic services, the opening of National Long-Distance Services and  International Long-Distance Services, introduction and implementation of Unified Access Service Licence and the Unified Licence regime.

Garg has over three decades of industry experience in Commercial, Personal, and Electric Vehicle segments in leadership roles in various functions in sales and marketing including aftermarket sales and service. Prior to this, Garg has served in leadership roles with Tata Motors, Force Motors, General Motors, and Toyota/Daewoo.

Garg, in his new role, will be managing operational excellence, customer loyalty and experience, strategy and transformation, growth and scale-up, cost and performance excellence, enablement and implementation, brand and marketing, and organizational productivity for companies across Commercial Vehicles, Electric Vehicles and Hybrids, Passenger Vehicles and Tires and Batteries segments under the Automotive practice at Praxis Global Alliance.

Praxis Global Alliance has applied a unique style to management and business consulting combining practical industry knowledge and experience brought by Advisors and Domain Leaders with the consultant problem-solving approach and toolkits.