Movers And Shakers Of The Week [July 27-August 1]

Movers And Shakers Of The Week [July 27-August 1] 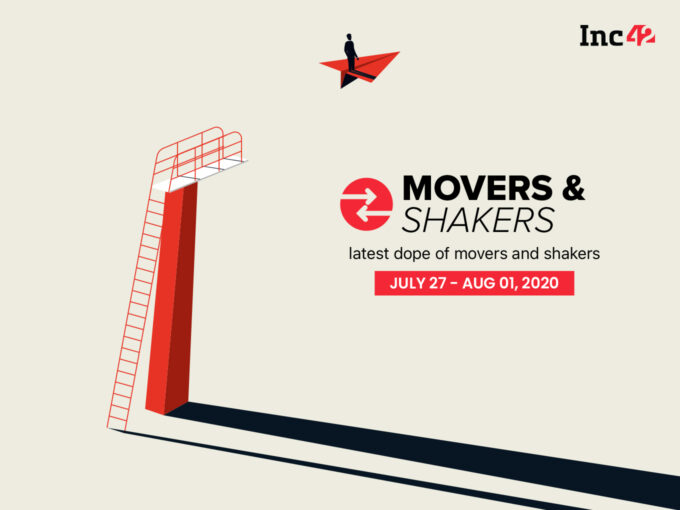 We bring you the latest edition of the movers and shakers of the week!

This week, digital payments decacorn Paytm saw two reshuffles. At its investment and wealth management subsidiary Paytm Money has appointed Varun Sridhar as its new chief executive officer to head and launch the company’s foray into the equity brokerage business.

The company said that Sridhar will lead the launch and development of the equity brokerage other than growing the already successful mutual funds, NPS and Gold services. Sridhar has earlier led FinShell India where he launched the realme PaySa—a fintech platform on mobile. He has also worked with BNP Paribas where he oversaw the acquisition of brokerage ShareKhan.

Paytm Money also appointed Amit Kapoor, who was formerly the chief financial officer of Aviva India, as the new CFO & vice-president of the company. Sridhar would be directly reporting to Nayyar. Further, Puneet Jain, Senior Vice President – Online Payments (Payment Gateway, UPI, Wallet), has resigned from his role. He will now be moving as Chief Executive Officer – HT Digital News.

Here are other movers and shakers of the week:

Asthana will focus on accelerating the company’s efforts towards technology innovation and increasing digital payment acceptance among merchants across India and Southeast Asia.

With more than two decades of experience in senior executive roles across payments, fintech and finance areas, Asthana was previously Managing Director, India and Sri Lanka First Data Corp, Fiserv. Previously, he was also APAC head of First Data’s merchant payments business across 9 countries besides leading the startup of two large life insurance companies – Bharti AXA Life and Aviva, as a founding leader at both JV firms. His early career was with Standard Chartered and Citibank in their respective consumer banking units.

Mumbai-based fintech platform CASHe announced that its Board of Directors has appointed Yogi Sadana as interim Chief Executive Officer, effective immediately. Sadana will be succeeding the outgoing CEO, Ketan Patel who left the company to pursue other opportunities.

Sadana will also continue to serve as the CFO of the company. With over 15 years of experience, he has worked across finance, strategy, business experience and has worked in leadership positions with large multinational organizations in the past.

Sadana will also continue to work closely with the team and provide exceptional financial products to its customers backed by its technology and customer service. CASHe provides immediate short-term personal loans to young professionals based on their social profile, merit and earning potential using its proprietary algorithm-based machine learning platform.