Karan Bajwa, who was appointed as head of Google Cloud in India last year, has now been elevated to chief of Google’s Asia Pacific cloud division 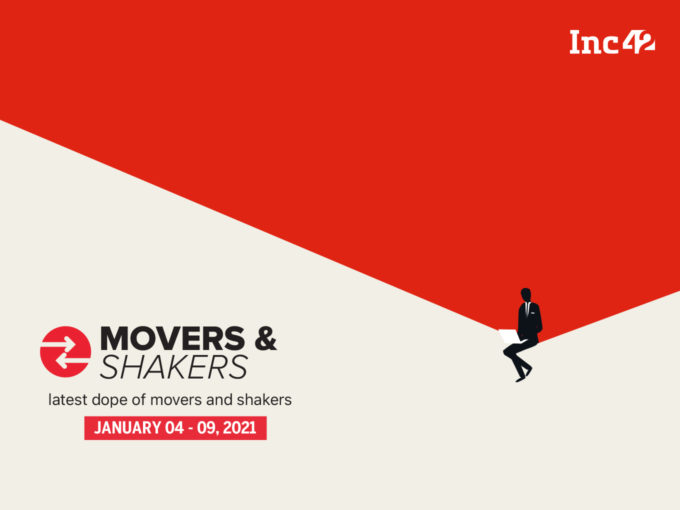 This week, BYJU’S-owned edtech platform WhiteHat Jr has put some of its employees in a bind as it undergoes an internal reshuffle to shift priorities around “growth verticals,” according to founder and CEO Karan Bajaj.

The reshuffle is said to impact 1,800 employees in the company, with many being transitioned into BYJU’S after a round of interviews. While many employees see this as layoffs, Bajaj clarified that the transition is about leveraging the capabilities of BYJU’S in areas such as math courses, which is the new focus for WhiteHat Jr.

But employees feel they are being forced into different roles at BYJU’S and may even have to relocate to Bengaluru, with the only alternative being not accepting the transition and being out of a job in a tough market. The company did not reveal exactly how many employees have been offered the opportunity to transition to BYJU’S, and how many have declined it.

Edtech unicorn BYJU’S recently appointed Dhimant Vyas as a chief creative director to lead interactive educational content creation and driving user engagement across products. Prior to this, Vyas was the art director at Zynga Games India, and he has worked with Aardman Animations UK on marquee projects.

Ecommerce giant Flipkart has appointed Saroj Panigrahi as its senior vice president and general counsel. Panigrahi will be heading the legal matters in Flipkart, particularly focussing on board management, mergers and acquisitions, corporate governance, and regulatory compliance.

Bijoya Roy, who was leading the legal operations at Flipkart, will be transitioning to the role of vice president and head of legal, and report to Panigrahi. Before joining Flipkart, Panigrahi was the head of JPMorgan’s legal department in India.

This reshuffle in leadership role comes at a time when Flipkart is planning to go IPO this year. Last year, Flipkart was said to have initiated a major board reshuffle, bringing in four new members, including Kalyan Krishnamurthy, HDFC’s Keki Mistry, Suresh Kumar, a global chief technology officer at Walmart, and Leigh Hopkins, the executive vice president of international strategy and development for Walmart International

With a sharp focus on streamlining the key aspect of supply chain management, meat delivery Licious has appointed Rajnish Goel as chief supply chain officer. He will look to improve the company’s efficiencies at every stage of the supply chain, which directly contributes to enhancing customer experience and retention.

Goel has more than two decades of experience in the field, having been the regional supply chain director for Africa, Middle East, South Asia for Reckitt Benckiser. He has also held several strategic positions at GSK Consumer Healthcare, Glenmark Pharmaceuticals, Novartis and Wrigley and Marico among other MNCs.

Karan Bajwa, who was appointed as head of Google Cloud in India last year, has now been elevated to chief of Google’s Asia Pacific cloud division. However, he will continue at Google Cloud as well for the time being.

In his new role, Bajwa will lead all regional revenue and go-to-market operations for Google Cloud, including Google Cloud Platform (GCP) and Google Workspace, working alongside Robert Enslin, the executive board member and global president of Google Cloud.

Before joining Uniphore, he was a partner at PwC for over two decades, specialising not only in finance, but software as a service (SaaS) models and global operations.