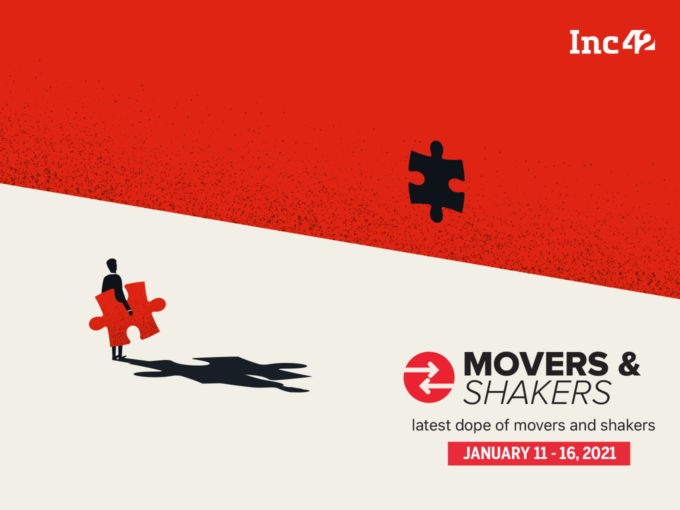 This week, Swedish billionaire Martin HP Söderström, who is also the chairman of tech-focused fund DIG Investments based in Stockholm, joined the board of hospitality unicorn OYO’s European vacation homes business, alongside making an undisclosed investment in the company. In addition to this, Söderström will also be driving OYO’s merger and acquisition (M&A) plans in the continent.

Söderström will be assisting the organization in building a deep strategic partnership with other leading EU-based companies and lay out its brands positioning strategy as a thought leader in the vacation rental space, the company added.

British-American billionaire and son of media mogul Ruper Murdoch, James Murdoch recently announced that he will be partnering with former Star India chairman, CEO and president of Walt Disney APAC, Uday Shankar for launching a new venture in the area of digital media, education and healthcare sectors.

The new venture is said to be developed via acquisitions, headed by Lupa Systems, where Murdoch is the CEO. Some of Lupa’s investments include the Tribeca Film Festival, Art Basel, Vice Media as well as Indian edtech startup Harappa Education.

Edtech startup Simililearn has brought on board former Flipkart CFO Karandeep Singh as its financial chief among other new hires. Singh will be responsible for accelerating Simplilearn’s agenda of profitable revenue growth in the coming months. Prior to joining Simplilearn, Singh has worked in finance leadership roles at companies like Flipkart, Tesco, Sapient, Dell, Ariba and Yum Brands among others.

Mumbai-based edtech platform upGrad on boarded former Disney chief Zubin Gandevia as CEO, Asia Pacific, as part of its efforts to expand in the region. Gandevia will start in his new role this month and will be based out of Hong Kong.

Prior to this, Gandevia served as president, Asia Pacific and Middle East at FOX Networks Group Asia, which is part of Walt Disney Co. He is also the cofounder of internet and cable TV network Hathway.

Fintech startup ClearTax on boarded MedLife’s Paranth Thiruvengadam as its chief technology officer (CTO). In his new role, Thiruvengadam, will be spearheading the tech team and focus on the innovation in fintech SaaS space via machine learning, AI and data science-led initiatives.

Thiruvengadam has over 20 years of leadership experience in building innovative products at technology companies, including Yahoo, Walmart Labs, IBM labs and Verizon along with high-growth startups.