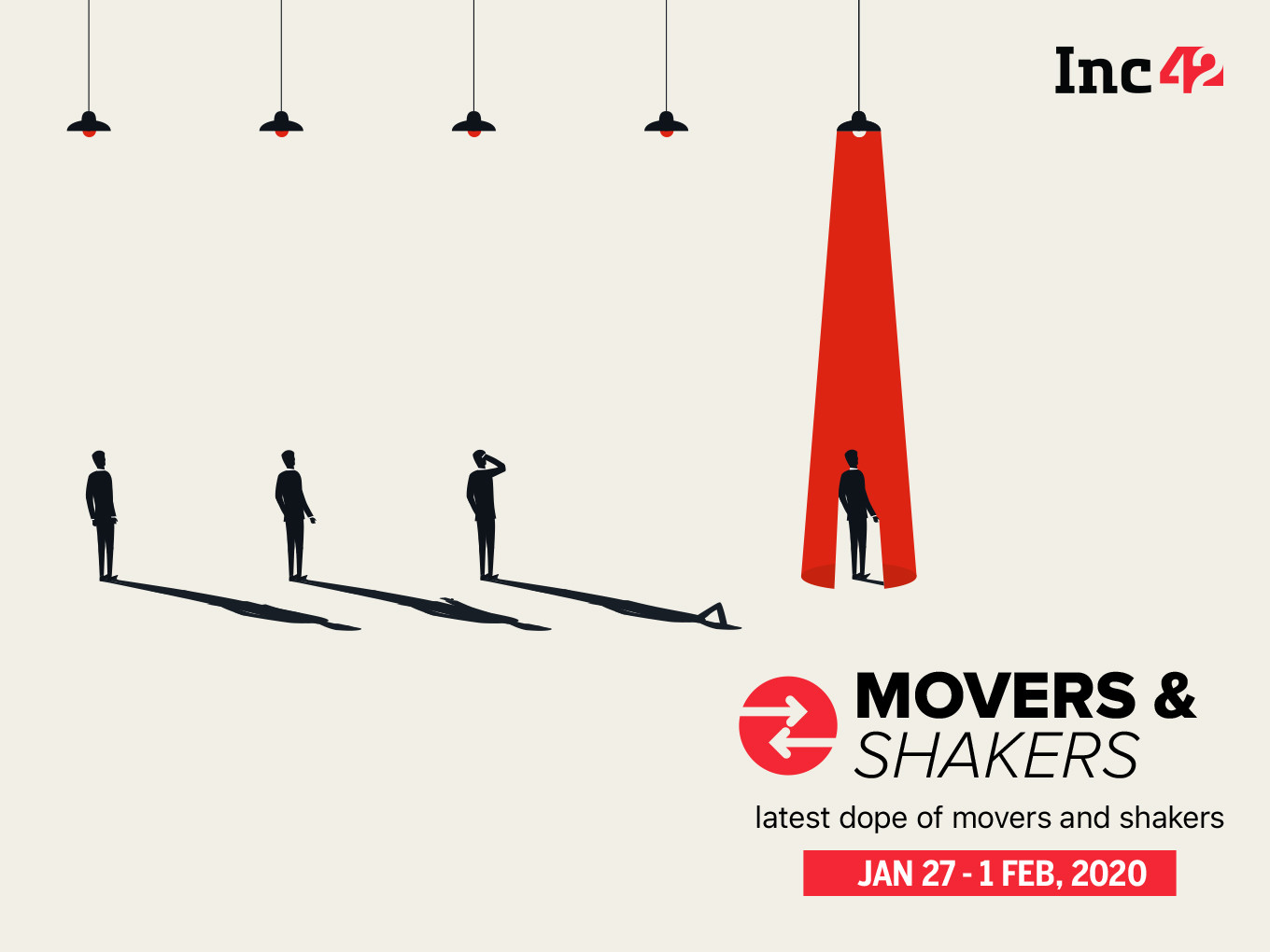 Jay Parikh, who was Facebook's vice president of engineering, has resigned from the company

International Business Machines Corp (IBM) has promoted Arvind Krishna as the new CEO of the company. Krishna will fit in the shoes of Ginni Rometty who will take an exit from IBM after working for eight years.

Prior to leading the company, Krishna was the senior vice president of Cloud and Cognitive Software at IBM. Moreover, Krishna has been working at IBM for more than 29 years.”Arvind is the right CEO for the next era at IBM,” Rometty said in a statement.

Bengaluru-based Cab aggregator Ola has appointed Sanjiv Saddy as senior vice president of corporate affairs. At his new position, Saddy will be responsible for building deep relationships with key authorities, government agencies and other related stakeholders and in closely engaging and working with them as a business.

Prior to joining Ola, Saddy was the senior vice president at Flipkart. Previously, he has also worked with Tata Communications and EmaarMGF Land Limited.

Launched in 2010, Ola has emerged as the leading cab aggregator in India, even as it competes fiercely with Uber.

Jay Parikh, who was Facebook’s vice president of engineering, has resigned from the company.

In a Facebook post, Parikh said that it’s time for him to step out of Facebook to explore what’s next. Parikh added that he does not have any immediate plans thereafter.

At his stint at Facebook, Parikh was instrumental in creating the data centre infrastructure on which the company builds its numerous apps and services. Parikh had joined Facebook in 2009.

Flipkart’s cofounder who has been bullish on fintech startups have stepped down as an independent director of Ujjivan Small Finance Bank.

On his resignation, Bansal reportedly said that the decision was in the interest of propriety and corporate governance as an entity owned and controlled by him has made an application to the Reserve Bank of India for a universal banking license.

Rishi Kapoor has over 15 years of experience in building and managing sustainable verticals in the media industry. He was part of the initial core team of ET Edge. Kapoor has also been an integral part of the senior team with companies like Planman Consulting, HT Media, IDG Media and Monster India.

Paul brings over 12 years of experience in Lendingkart and joins from Equifax. At his new position, Paul will be responsible for setting up pipes and processes to capture the credit variables in database, explore new credit models and experiment with how data is used to drive varied tasks.

Prior to Equifax, he has also worked as a senior analytics manager at CTOS in Malaysia where he built and consulted 20+ machine learning algorithms with proven consistency.

In her new role, Shetye will be committed to managing and leading the investor relations, identifying newer funding models and bettering Lendingkart’s next phase of growth and beyond.

Mumbai-based CleverTap has appointed Prashant Parashar as the chief human resources officer (CHRO) of the company.

In his new role, Parashar will report to CEO Sunil Thomas. He will lead all aspects of human resources and be responsible for the strategic direction of people management, including talent acquisition, training and development, performance management, organisational effectiveness, diversity and inclusion, and succession planning.

Founded in 2013, by Anand Jain, Sunil Thomas and Suresh Kondamudi, CleverTap is a customised platform which analyses user behaviour and groups them into multiple groups on the basis of what they have done or not done, send them push notifications, emails, SMSes, etc.