Movers And Shakers Of The Week [February 1 – 6]

Movers And Shakers Of The Week [February 1 – 6] 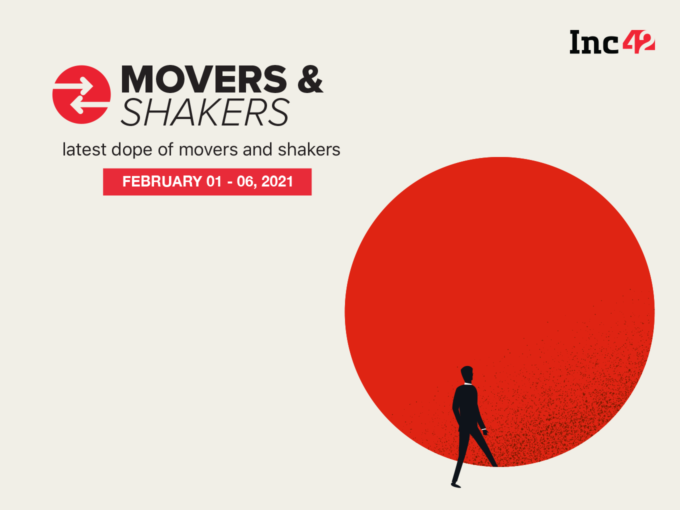 This week, Amazon founder Jeff Bezos has stepped down as the CEO of the company to become executive chairman, focusing on his other ventures such as Day 1 Fund, the Bezos Earth Fund, Blue Origin and The Washington Post among others.

Bezos will be replaced by Andy Jassy, who currently heads Amazon’s cloud computing business. The company said that the change will take place in the second half of 2021. “Being the CEO of Amazon is a deep responsibility, and it’s consuming. When you have a responsibility like that, it’s hard to put attention on anything else,” said Bezos in a letter to Amazon staff.

Also this week, Zoho founder Sridhar Vembu, who had received the Padma Shri from the Indian government last month, was named to the National Security Advisory Board (NSAB). The board gives inputs and advice to the national security advisor and PM Narendra Modi, sharing developments around national security and issues of strategic interest, ranging from defence, internal security strategic (nuclear) matters, space, external affairs and intelligence.

Let us take a look at some of the other important movers and shares in the Indian startup ecosystem this week:

Payments startup BharatPe roped in Gautam Kaushik, former American Express vice president and CFO, as the second group president in the company. Kaushik will be helping the startup to build deeper relationships with various banking partners, alongside scaling the merchant base in the country. He spent almost a decade in American Express, before being appointed as the CEO and MD of an American Express-controlled loyalty management company Payback.

Delhi-based D2C tea brand Vahdam recently appointed Mohit Bajaj as its chief financial officer. At Vahdam, Bajaj will be looking after the strategic finance functions including accounts, finance and legal.

Prior to this, Bajaj was the CFO at fintech startup Lendingkart. He has over two decades of experience in finance strategy and specialises in corporate finance, business planning, investor relations, treasury management and others.

Anand has over 14 years of experience in the product space, including at Republic TV, Big FM and Fame Digital, while Patki was part of the strategy team at OYO previously, responsible for growth initiatives in dynamic pricing, revenue management and customer loyalty programmes.