This week, Ankit Parasher, the cofounder of tech-enabled logistics startup LetsTransport, decided to move away from the company to launch a fintech platform called Salt, under a new venture called Poziom Ventures.

With this new venture, Parasher looks to offer borderless card payment service to small and medium enterprises (SMEs), particularly for businesses that deal in multiple sectors and multiple currencies. Citing LetsTransport, he told Inc42 that all startups are fintech at the core, given the financing and tech aspect involved in building the platform. He added that the decision to start a fintech product was taken after brainstorming several concepts and business models, and his experience at LetsTransport.

As Salt is still in the early stage, Parasher deferred sharing more details about the business model and its impact on businesses. However, he said that the company plans to expand its business outside India by next year, and is currently looking for investors to kick start its first round of seed investments. Going forward, Parasher will continue to be part of LetsTransport as well, where he will be serving as a board member and shareholder.

Meanwhile, Facebook India, South and Central Asia’s director of Public Policy Ankhi Das offered an apology to its Muslim employees for a post she had shared last year, which was Islamophobic. Commenting on the now-deleted post, she said that her intention was not to hurt the sentiments of the religion, rather, it was to reflect her deep belief in “celebrating feminism and civic participation.”

“I genuinely regret any hurt it may have caused, including to my Muslim colleagues in the company,” read, an internal message that was sent to the employees by Das, as reported by Buzzfeed News. 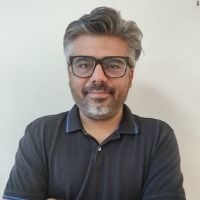 Social virtual platform Hike recently announced that it has appointed Suvesh Malhotra as VP and head of engineering. Prior to this, Malhotra was SVP, technology at OYO Hotels & Homes lending its consumer-facing technology, head of technology at Amazon for BuyVIP and CTO at StepOut. At Hike, he will be heading all things engineering, dedicated to scaling the HikeLand experience, working alongside the founder and CEO of Hike Kavin Bharti Mittal.

New-Delhi based Hike recently launched a new social feature called HikeLand which lets users have a virtual social experience to connect, share and watch videos and movies together. Since its inception in 2012, Hike has raised over $261 Mn in capital from eminent investors including SoftBank, Tiger Global, Tencent, Foxconn & Bharti among others. 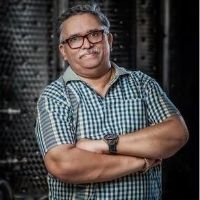 Mumbai-based F&B startup Fruzzanté, a part of Hill Zill Winery, announced that it has appointed Deepak Bhatnagar (DB) as one of the directors of the company. Bhatnagar has over three decades of experience working as director of sales and marketing at Sula Vineyards. With Fruzzanté, Bhatnagar looks to focus on product visibility and brand awareness. 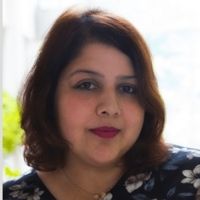 Bengaluru-based edtech superapp Ken42 recently appointed Itisha Peerbhoy as the head of marketing. Prior to this, Peerbhoy has worked with companies such as Saatchi & Saatchi, DDB Mudra Group, Aditi Technologies, ThoughtWorks Studios and Brand & MarCom Consultant for over 18+ years.

At Ken42 she will be spearheading the marketing strategy for the company and will lead the brand’s ongoing marketing campaigns to build market presence, brand recall, and a repository of pedagogical thought-leadership.

Ken42 was founded by serial entrepreneur Ganesh Raju in 2019. The company offers online classroom and exams, certificate courses from universities around the world, along with interview preparation, public speaking and professional skills. Recently, it raised INR 11 Cr from Turbostart, a bi-annually programme for early-stage startups.