Movers And Shakers Of The Week [28 November – 3 December]

Movers And Shakers Of The Week [28 November – 3 December]

Ranjan held the position of SVP of engineering and will now move to homestay network AirBnB in the US. He was formerly with Alphabet Inc’s Google for close to nine years in US. Ravi Garikipati, Flipkart’s head of engineering, is expected to replace Ranjan.

This is the fifth big exit from the company this year. Earlier firm’s CFO Sanjay Baweja; chief product officer Punit Soni; head of marketplace and a board member, Mukesh Bansal; and chief business officer Ankit Nagori had resigned.

Let’s have a look at some important movers and shakers of the week. 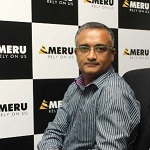 Siddhartha Pahwa has resigned from his position of CEO at Mumbai-based radio taxi firm Meru. He will be replaced by CTO Nilesh Sangoi from January.

Pahwa joined Meru in 2011. Prior to joining Meru, he was the president of supply chain and generics at Abbott Healthcare. He has worked with Piramal Healthcare Limited and Unilever in the past.

Under Pahwa, the company raised $25 Mn (Rs 150 crore) from Brand Capital, the ad-for-equity investment arm of media house Bennett Coleman and Co. Ltd, in June this year, and mobilised $50 Mn from IVFA in March 2015. Pahwa also led the company’s transition from an asset-heavy business model to an asset-light, mobile app-based business a few years ago.

Pahwa is mulling a few things – including the idea of an own venture and other  opportunities that people have been discussing with him. 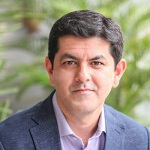 Earlier, Sodhi had joined GoDaddy from Microsoft, where he served as India Director for SMB (server message block), cloud, and software sales. He will be rejoining Microsoft in December to head its cloud and server business. 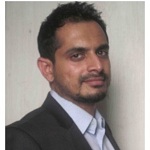 Flipkart owned Myntra Designs Pvt Ltd has appointed Ajit Narayanan as the new CTO of the firm. He will be replacing Chief Technology and Product Officer Shamik Sharma, who has moved on to an advisory role.

Narayanan was formerly the Head of Engineering at Myntra. Sharma, on the other hand, has joined Myntra in September 2012. He is a former Yahoo and Lytro employee.