Making yet another move to consolidate its payments bank initiative, mobile payment and ecommerce company, Paytm has announced that Goldman Sachs APAC chairman Mark Schwartz will join its Board of Directors.

Mark is currently based in Beijing. He has over 27 years of experience at Goldman Sachs. He joined the firm’s Investment Banking department in 1979. After relocating to Tokyo as the President of the Japan unit in 1997, he became the Chairman of Goldman Sachs Asia Pacific in 1999. He retired from the firm in 2001 but later rejoined as the Asia Pacific Chairman in 2012.

Mark finds India to be one of the most dynamic and interesting economies in the world “and I’m incredibly excited about working with Vijay and his team,” he said.

Additionally, the company has announced that K. Guru Gowrappan, Global Managing Director of the Alibaba Group will join its board as an Additional Director.

Guru is responsible for driving strong growth in Alibaba’s international markets. He is in charge of international product and business development strategy, which includes bringing all Alibaba products together into one final strategic plan and executing it in key markets.

At Paytm, he will be regularly engaging with business, product, and tech teams to ensure strong and scalable growth for the company.

Guru has more than 15 years of experience in the Internet industry and is one of the top leaders in scaling mobile product and business execution globally. Prior to Alibaba, he was the Chief Operating Officer at mobile search engine Quixey. He led Product, Business, and Marketing-based organisations and played a major role in the company’s global development and financial strategy. He was COO and Head Of Zynga, Japan and prior to that, has held many leadership roles at Yahoo!

Guru was a co-founder of two Indian startups and is an active angel investor and adviser. He has deep experience in various areas including global management and scaling, M&A integration operations, mobile product and technology management.

Flipkart’s Chief Financial Officer Sanjay Baweja has quit the company, marking it as the fourth big exit from the firm this year.

Earlier, its Chief Product Officer Punit Soni, Mukesh Bansal, Head of Marketplace and a Board Member, and Chief Business Officer Ankit Nagori had resigned from the company. 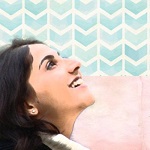 Bengaluru-based furniture rental company Furlenco has hired Aishvarya Chanakya, as the Vice President of Marketing and Uday Kamat as its Vice President of Operations. The appointments aim to further boost its core proposition and growth by leveraging the prowess of these professionals in key management roles.

Aishvarya holds an MBA from SP Jain Institute of Management and Research and comes with 11 years of valuable experience in generating advertising and communication content and developing sales & marketing strategies. Her last role, prior to joining Furlenco, was at Unilever.

At Furlenco, Aishvarya will helm the functions of digital marketing, distribution, and brand marketing and will also lead the creative team.

Uday Kamat, in his new role, will look after pan-India operations of Furlenco for the delivery of furniture. Uday comes with over 12 years of work experience in Supply Chain Design, Operations management and Process Excellence at Public, Private and Private Equity-owned companies across North America, Europe and Asia. At Furlenco, Uday’s role will focus on designing a disruptive delivery model for the brand as far as the furniture ecosystem is concerned.

Gurpreet Singh has resigned from the position of VP and finance head at Naspers-backed payment company PayU India. Singh has been part of the core team of PayU and helped it grow to be the leader in the evolving online payments industry in India. During his successful stint with PayU, Singh was involved in formulating business strategy and vision, Financial budgets, and managing investor expectations.

Confirming his exit, Gurpreet said that he will be joining HCL technologies shortly in a leadership role, however, he didn’t talk much about his new role as it is still “evolving”.

With this move, Naspers-backed PayU continues to go through management restructuring, especially post the recent $130 Mn merger deal between Citrus and PayU. Recently PayU co-founder and Chief Executive Office Nitin Gupta also parted ways with the organisation, the day the merger was announced.

However, Singh confirmed that his shift from PayU to HCL has nothing to do with the merger and consolidation and is more to do with his personal interest in switching from a finance leadership role to a business strategy role.

Bengaluru-based tech-first relocation services provider Pikkol has formed a five-member advisory board comprising senior industry leaders as a part of its management team.

The new advisory board members, with a mix of seasoned business leaders and young entrepreneurs, will contribute towards Pikkol’s next phase of growth and expansion plans. 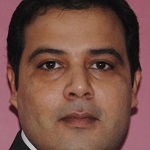 At Walnut, he will be responsible for leading the company’s  business development and strategy, and also expanding the company’s product portfolio. He will play a pivotal role in introducing new product features in collaboration with banks and NBFCs.

Anurag comes with over 13 years of extensive experience in the banking and finance sector. He joined ICICI Bank in 2003 where he led several teams to build and scale-up businesses across areas such as payments, digital banking, lending, strategic investments & structured finance. Anurag represented the Bank at numerous forums including the RBI, IBA and NPCI.

Thazhath brings with him over 19 years of rich experience in Product Management, Quality Management, Product Design etc. An electronics graduate from the University of Mumbai, he has worked with organisations like Runsheng Technologies, Shanghai Feixun Communication, and Videocon Mobiles in the past.

Prior to joining Intex Technologies, Thazhath was part of the leadership team at Runsheng Technologies where he was a Director. He was taking care of Product & Supply chain. 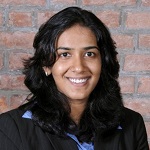 RentoMojo, an online rental solutions company, has appointed Khushboo Gupta as Vice President-Product Management. Khushboo will be responsible for leading the Product team and scaling it further to ensure product excellence.

Coming with a wealth of experience in Product and Business Strategy, and Management Consulting, Khushboo has contributed significantly to the growth of companies like Deloitte and InMobi. Post her MBA from IIM Ahmedabad, she moved on to tech startup, InMobi as Founder Staff team and later moved on to Head department of Strategy Operations and App download Business.

At Rentomojo, her core focus will be on building all products in a scalable fashion to expand beyond the current asset classes. Khushboo will be working towards building RentoMojo as a highly engaged brand from consumer’s point of view. By handling strategic initiatives and decisions, she will be responsible for creating successful product roadmaps for the organisation. 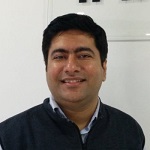 GreedyGame has announced the appointment of Ankit Rawal as VP – Revenue. Ankit was the Strategic Advisor to FourthLion Technologies and was the Country Manager at InMobi, India.

He joined InMobi during their early funding days and spent 6.5 years thereafter. He played an integral role in the organisation and greatly helped in setting up InMobi Africa, India Agency Business and the Inside & Online Sales across Asia Pacific & Japan.

Prior to entering the mobile advertising industry, he’s worked with top companies such as Microsoft and Oracle. At GreedyGame, Ankit will be helping in the globalisation of the business.