The companies were ranked on the basis of five parameters including fair work, fair conditions, fair contracts, fair management, and fair representation. The rankings also accounted for whether a company pays fair minimum wage, and ensures the health and safety of its workers.

Cab aggregators Ola and Uber, as well as, food delivery platform Foodpanda (acquired by Ola) scored the lowest in the Fairwork rankings. At the same time, Flipkart, Dunzo and BigBasket were the top performers.

Further, another bang in the Indian startup ecosystem came with a Moneycontrol report saying that a new CEO is likely to replace Flipkart’s CEO Kalyan Krishnamurthy soon and a formal announcement is expected around Walmart’s shareholders’ meeting in the first week of June.

In response, Krishnamurthy called the story baseless and false. “This is just not true. I am at Flipkart for the long term and fully committed to the company and Walmart -Flipkart partnership. As we called out it’s a baseless story,” Krishnamurthy told Inc42 in a statement.

Another update in the ecommerce industry of India came with Snapdeal’s looking to hire nearly 120 engineers who will work on various projects in the domains of machine learning, gamification, personalization, cloud agnostic production systems etc.

Further, an ET report citing TeamLease Services report said that according to their estimates, job vacancies in the first half of the fiscal, i.e. October 2019, are estimated at 51,500. By the year-end, the opportunities are slated to more than double at 1,21,600 vacancies.

Here’s a look at the other movers and shakers of the week: 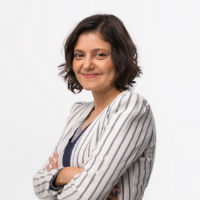 Noida-based Paytm Payments Bank Limited has appointed Sairee Chahal on its Board of Directors.

Chahal is the founder and CEO of SHEROES – a community platform for women, offering support, resources, opportunities and interactions via Sheroes.com and the SHEROES App.

As  a technology entrepreneur, she has straddled the best of both worlds in her ventures Newslink, Fleximoms and now SHEROES. Her areas of interest include Products, Internet, Communities, Future of Work, Entrepreneurship, Investing, Gender, Media and Economies of transition.

At Paytm Payments Bank, she joins the board and expected to benefit the company with her knowledge and expertise. 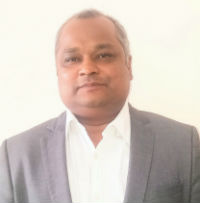 Kumar comes with nearly two decades of in-depth industry experience and has previously been associated with Rediff.com, Reliance Entertainment, Times Business Solutions, EazyDiner, and ApnaPaisa alongside others.

At Shiprocket, Kumar will be spearheading infrastructure enhancements, optimizations, and infusion of novel technology to support Shiprocket’s market needs. He will also maintain and enhance the technology platform in accordance with business priorities while ensuring that performance metrics are in perfect order.

Further, he will develop and control the operating and capital budgets for the company’s end-to-end technology functions. 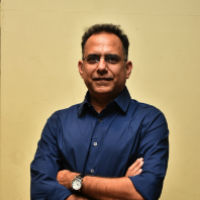 Chaddah has over two decades of industry experience with international exposure and experience of working in both emerging and mature markets – USA, Latin America, Asia Pacific. At Intel, he has played multiple leadership roles ranging from Program Management of large and complex programs to running operations and setting strategic direction for large R&D sites at different Intel locations.

Currently, Jitendra is the Senior Director, Operations and Strategy at Intel India, leading operations of Intel’s largest R&D center outside the US, forming strategic alliances with the tech eco-system and creating impactful initiatives for technology acceleration in partnership with Government, Academia, Media and Industry.

In his new role, Chaddah will help IESA to take India to a leadership position globally in design and manufacturing of intelligent electronics products and solutions”, said Rajesh Ram Mishra, President, IESA. 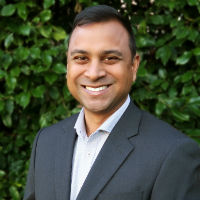 In his previous role, he was instrumental in developing product and service enhancements for candidates and optimising the hiring lifecycle for employees and HR professionals by establishing innovative solutions that allowed for faster onboarding and processing. Prior to this, Solomon also held a variety of leadership and sales positions in companies including Kelly Services and ManpowerGroup.

In his new role, his  strong understanding and knowledge of the local market will play a crucial role mapping out HireRight’s development and growth across India.

Gurugram-headquartered lending company Aye Finance has appointed Brij Mohan, ex-chairman of SIDBI, to lead its newly launched not for profit Company FAME (Foundation for the Advancement of Micro Enterprises), under which it will run its CSR interventions.

Mohan comes with a rich experience of working in the government and banking sectors in India. He served in SIDBI for more than 14 years holding different key positions. He is a strong advocate of the credit plus approach to clients and has been of late strongly advocating the integration of social objectives in the delivery of microfinance.

In his new role, he will help Aye Finance launch initiatives that work towards building competencies of micro entrepreneurs, leading to the self-sustainability of the sector.