Flipkart is in talks with coworking space providers to get office space for more than 3,000 workers in Bengaluru

Social Frontier has appointed Kajal Sinha as the president and cofounder 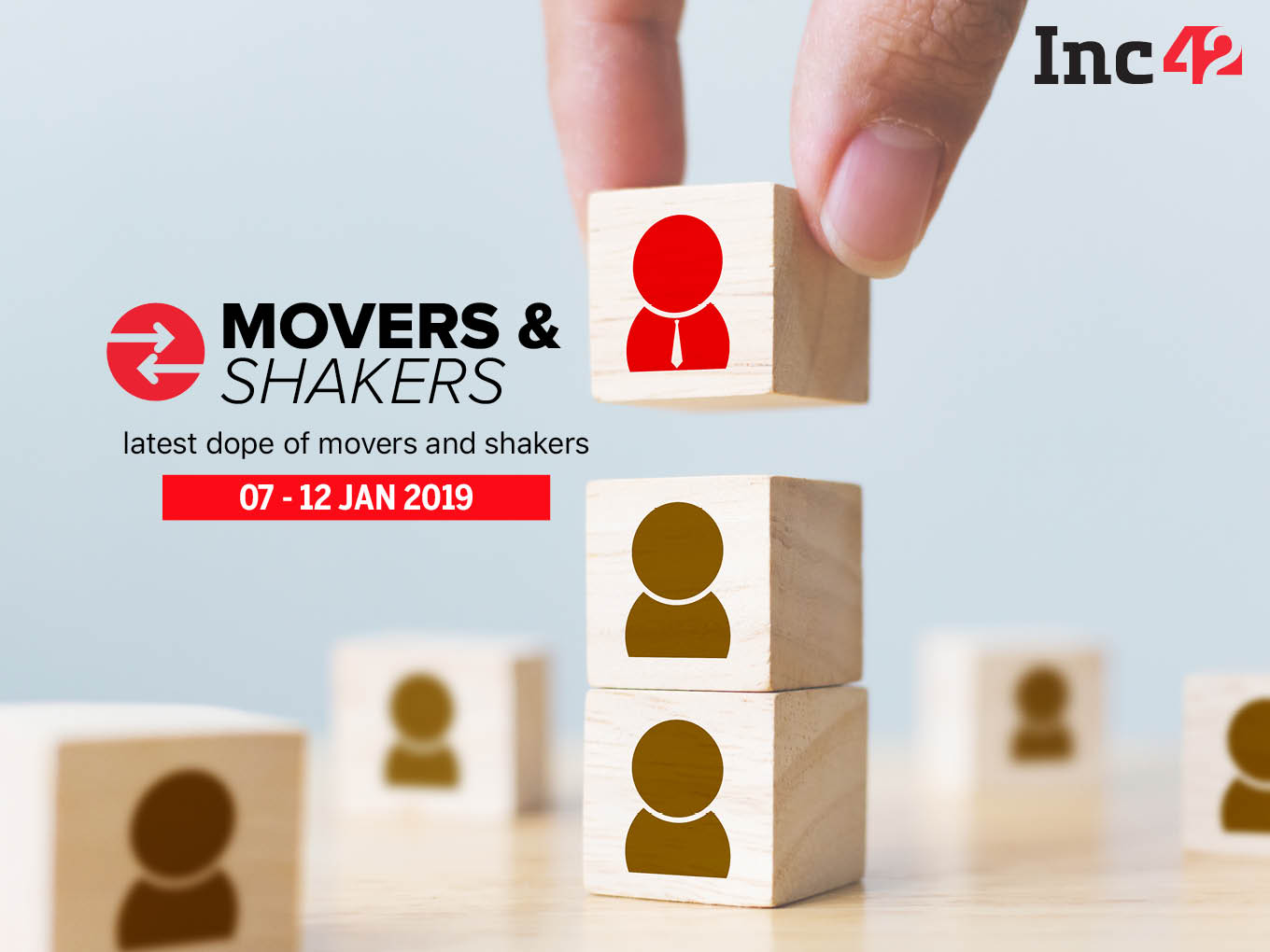 This week was all about creating jobs in India. While HTC Global Services looks to hire 2,000-3,000 people in India over the next two years to support its $1Bn revenue target by 2020.

Not only this, Walmart-owned Flipkart is reportedly in talks with several coworking space providers to get office space for more than 3,000 workers in Bengaluru. The ecommerce company is currently in talks with at least five operators to fulfil the requirement. A report citing sources said that WeWork and CoWrks are two of the coworking space operators being considered for this.

Also, the ride-hailing company Uber’s India unit has reiterated its plans to double its investment in Bengaluru and Hyderabad in terms of headcount, especially in the engineering division. According to reports, the company is looking to increase the total number of employees to 1,000 in both the centres within the next 12 months.

Let’s have a look at some other important movers and shakers in the Indian startup ecosystem for the week!

With over a decade of experience, Kajal Sinha has joined the venture to drive growth, which is the next generation cross-channel advertising platform for agencies, brands and marketers.

Prior to this Kajal was the founder and head of media conversion, an ad-tech platform and has been associated with several established entities such as The Times of India, Yatra.com, and Vdopia.

Social Frontier is an ROI-driven expert specialising in cross-channel digital marketing integration. The startup provides its customers an amalgamation of marketing automation and optimisation.

At the core, this tech-based platform is designed and tuned to generate better results working with multiple ad channels along with analytics channels in real-time.

In a bid to further streamline its finance function, online travel and leisure platform Cleartrip has appointed Pradeep Sriram as its vice president of finance. At Cleartrip, he will oversee financial accounting and controllership.

Pradeep moves to Cleartrip from budget hotel chain Treebo, where he handled the core finance, admin and legal departments. He brings to the table, over fifteen years of rich experience from high-growth, global enterprises including Wipro and Amazon. He has held several leadership positions wherein he managed finance, technology and quality projects across organizations.

In his new role, Pradeep looks to take the company’s existing finance team to the next level by implementing best-in-class financial accounting and reporting practices. He also plans to streamline core financial processes by blending technology, automation and six sigma practices.

Hashtag Orange has appointed Vineet Malhotra as chief technology officer. Vineet comes with more than 17 years of experience in the space and brings in a holistic perspective and approach to the new age digital challenges.

Having worked for brands such as Bajaj, Telenor, John Player, Nestle, Tata etc, Vineet has a deep understanding of the ecosystem and would be instrumental in steering the agency ahead. Malhotra’s areas of expertise lie in ecommerce, application design and architecture, managing startups, software development and product management among others.

The company appointed Andrew Verbitsky as the head for its Europe operations, Sam Shih as its chief operating officer (COO) in China, and Tan Ming Luk as its country head in Malaysia.

Sam Shih was previously serving as the president of Global Consumables and CEO at Indonesia-based paper and pulp company Asia Pulp & Paper. Shih began his career at  PepsiCo and has also led operations in Red Bull and Accor Group.

As COO, Sam will be responsible for the overall regional operations, driving consumer experience and building operating efficiencies at scale across OYO China.

Anil Kumar is an electronics and communications engineer from R.V. College of Engineering (Bengaluru) and has about 19 years of extensive experience in the field of VoIP, telecommunications and cloud technology.

He was previously associated with Ittiam Systems Pvt. Ltd. where he spent close to 17 years right from the time of Ittiam’s inception. Anil was also the VP and head of Engineering at Tambora Systems, where he worked closely with Telcos to provide network slicing based optimization solutions for Video streaming and IOT.

At Exotel, Anil’s key responsibility will be to strengthen the company’s engineering leadership and bring in innovation to the product suite, as digital communication evolves.

In his new role, Sameer will strategise growth and expansion of iRAM Technologies across Western and Central India. He will be responsible for developing relationship with Municipal Corporation and State Government and with onboarding partners/ dealers.

Sameer has an experience of over 20 years in customer acquisition, sales management, business development, P&L management across various industries. He has worked with big MNC’s like Honeywell, Bosch, Oracle etc in senior capacities.

He is a graduate (Engineering) from Dayalbagh Educational Institute, Agra. Prior to his role at iRAM Technologies, Sameer was a Senior Business Manager – Global Utilities Business (JAPEC Region) at Oracle and has supported in establishment of new business verticals and strategic partnerships.

Sameer’s appointment is in line with iRAM’s commitment to offer IoT enabled solutions to smart cities in West and Central India.