Movers And Shakers Of The Week [15 February – 20 February]

Movers And Shakers Of The Week [15 February – 20 February] 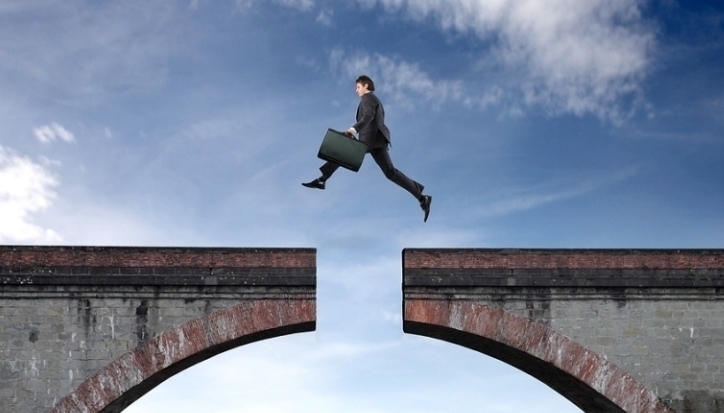 Former Reserve Bank of India (RBI) executive and current director at PricewaterhouseCoopers (PwC), Shinjini Kumar, will join Paytm’s payments bank as chief executive officer. Expected to join in March, she will look at all the aspects of the business, from revenue to regulatory issues. She will also be responsible for building a team of 2500 elective members. Shinjini has been a partner and leader of the banking and capital markets practice at PwC.
She has served as deputy general manager at the central bank for 15 years before she moved to Bank of America as its country compliance head. During her stint at RBI she handled issues related to foreign direct investments, technology transfer, trade payments, overseas investments and external commercial borrowings.

Flipkart has appointed Nitin Seth as Chief People Officer. Seth is an alumnus of IIT Delhi and IIM Lucknow. Before his stint at Fidelity, he was a director with McKinsey & Co. for eight years. He is also part of IT industry body NASSCOM’s executive council.

Pokkt has appointed former 9X Media executive Dina D’Souza as vice president of sales and revenue strategy. Dina will drive the company’s global advertising revenue and report to Pokkt CEO, Rohit Sharma. She is an alumnus of Sydenham Institute of Management Studies and comes with 16 years of experience in the print and digital media space. Most recently, she was senior vice president of digital monetisation at 9X Media. Dina has also worked with Microsoft, Yahoo, and Bennett, Coleman & Co.

Hike Messenger has appointed Rajesh Rudraradhya as its vice president and head of engineering. He will be based out of Delhi and will report to CEO and founder Kavin Bharti Mittal. He has spent more than a decade in the Silicon Valley, working for companies such as Digital Equipment Corporation, HP, Google and Motorola. Prior to his appointment at Hike, Rudraradhya served as the director and head of wearables and Internet of Things at Motorola.

Uniphore Software Systems announced the appointment of Sami Benafia, director of Sales
in Middle East, and Aravind Gaddala, director of Product Management in Chennai. Sami will
manage existing accounts and partners and ensure customer satisfaction on all levels. He will be responsible for developing strategic plans and objectives to drive engagement for clients and partners in the Middle East region. Sami has over 19 years of consulting and business management experience in professional services and software applications, with significant international exposure in Technology and Operations. He is a skilled business negotiator with experience drawn from international markets across Western and Eastern Europe, North America, Middle East and Asia Pacific regions. He has previously worked at Genesys, SunGard and Thomson Reuters. Sami is an engineering graduate from University of Derby.

Aravind will lead Uniphore’s product strategy to drive product and customer success. He is an MBA graduate from T.A. Pai Management Institute and has done his engineering from MIT Manipal. He will be responsible for road mapping all the product lines, activating the go-to market strategy globally, while ensuring a product-market fit. He has 15 years of experience in IT products, logistics services and BPO consulting services and has worked with companies like Genpact, Oracle Corp, Ramco Systems and Miebach Logistics.

Coursera has on boarded Dr. Nikhil Sinha as Senior Advisor. Sinha will play a key role in developing Coursera’s international strategy and partnerships in order to grow Coursera’s community. He was, until recently, the founding Vice Chancellor of Shiv Nadar University. He has over 30 years of experience as an academician and corporate executive. During his academic career, he has served as a faculty member and Associate Dean for Academic Affairs in the College of Communication at the University of Texas.

MeraEvents has appointed Harmeet Gulati as the Chief Operating Officer. Having a post-graduation in Finance from NIBM, Gulati specialises in operational transformation, customer experience and strategic turnarounds. During his management consulting stint, he led assignments across geographies including North America, Middle East, Bahrain, Philippines, Bangladesh and Bhutan, apart from India. He was associated with ECS, PwC, and in his last role, was serving as a Director in the Strategy and Operations practice at KPMG India.

MeraEvents also appointed Ramana Reddy, who will be driving the growth as Head of Corporate Finance & Investments. He is an engineer from Madras University and MBA from Symbiosis. He was already part of raising investments for MeraEvents. Ramana, who was also with ECS, PwC & KPMG, is a core strategist with hands-on global exposure across India, UAE, Oman, Denmark, Belgium, Spain and Romania.

Industrybuying.com has hired veterans in the marketing and business development verticals. The company has hired Ravi Verma as VP Marketing and Anuj Tiwari as the Head of Business Development.

Anuj has more than 16 years of work experience. He has been a part of multiple new business creations. He has significant managerial experience in creating, scaling and managing sustainable businesses, which is critical to the current growth phase of Industrybuying.