The four-year-long project will digitally map all Indian villages

These companies should have supplied drones previously 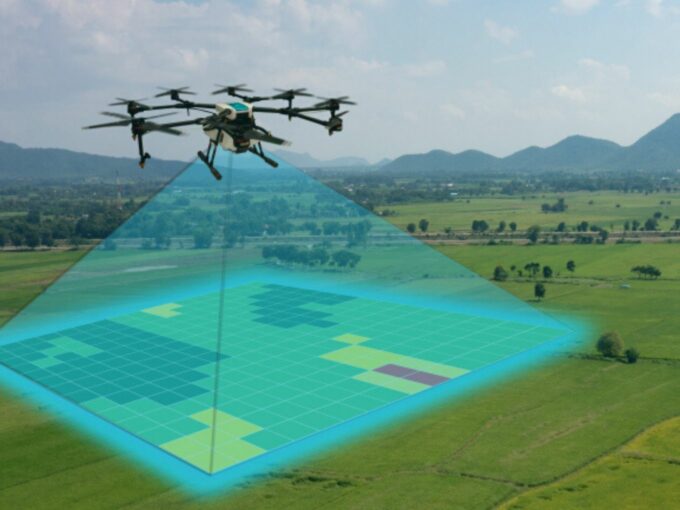 The Survey of India’s Madhya Pradesh Geo-Spatial Data Centre (MPGDC) is looking to procure 260 professional drones for a four-year project to digital map all Indian villages. The national survey and mapping organisation, under the central government’s Svamitva scheme, has floated two tenders for the same.

The first tender for the procurement of 200 professional drones, and the second one for 60. The Survey of India is looking for drones equipped with high-resolution Red, Green and Blue (RGB) camera with a minimum resolution of 15 megapixels, at least 64 GB of onboard storage, radio-frequency identification (RFID) or a SIM card slot for real-time tracking, 128-bit encryption to protect the data and a combination of telemetry data with the recorded images/data, among other features.

These drones should also be equipped with a navigation software package that enables planning and performing complex flight patterns for different surveying applications. The development was first reported by Medianama.

The Eligibility Criteria For Bidders

The Survey Of India has also laid down special criteria for micro, small and medium enterprises (MSMEs) and registered startups to participate in these tenders. For the bigger tender for 200 drones, the eligible bidder should have supplied at least 50 drones during the last three years.

In case, the company is registered as an MSME or a startup with DPIIT, then it should have supplied at least 20 such drones in the same time period. For Indian units of foreign entities, these criteria increased to 80 drones. Besides this, local biggers should have a valid ‘Make India’ agreement.

Besides this, the average annual financial turnover for these bidders should be at least INR 5 Cr between the financial year 2017 to 2020. For registered manufacturers, the annual turnover can be as low as INR 50 Lakh in the same time period.

For the smaller tender of 60 drones, the bidding companies should have successfully supplied, installed and commissioned at least 15 drones with all subcomponents, hardware and software in the last three years. Besides this, the companies should also have at least INR 5 Cr annual turnover in the same time period.

The criteria are slightly lower for registered MSME and DPIIT startups. They should have supplied, installed and commissioned at least five drones in the last three years, with an annual turnover of INR 50 Lakh.

The Survey of India had previously claimed that using drones will make India’s digital maps accurate up to 10 Cm. It also assured that the authorities have given equal consideration to concerns of national security, and will accordingly edit out portions of the territory that are sensitive to the security infrastructure.

The Survey of India has also floated another tender to hire five professional survey-grade drone services team for mapping activities in Uttarakhand for one year. The bidders should have at least 1-2 years of experience in carrying out professional survey-grade RPAS or drone-based large scale mapping projects. The DPIIT registered startups do not need to comply with these conditions.