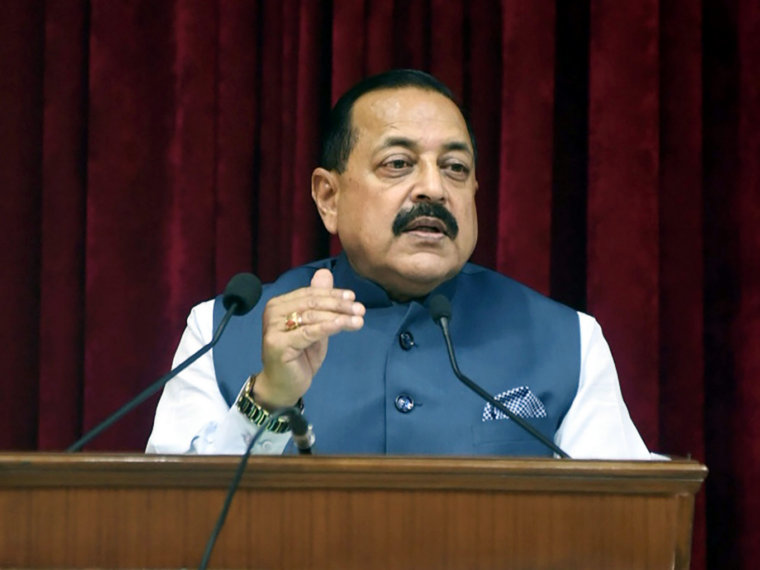 More than 2,700 biotech startups and over 2,500 biotech companies are working in the country currently

The launch is a step towards ease of doing science and scientific research and ease of startups in India: MoS Singh

Union Minister of State For Science and Technology Jitendra Singh on Saturday (May 21) launched a single national portal for biotech startups and researchers in the country.

The portal,  Biological Research Regulatory Approval Portal (BioRRAP), will serve as a single window clearance for startups and researchers seeking regulatory approval for biological research and development in the country.

Speaking at the launch, Singh said, “The portal will strengthen interdepartmental synergies and bring accountability, transparency and efficacy in functioning of agencies regulating various aspects of biological research and issuing permission.”

He called the portal a step towards ‘ease of doing science and scientific research’ and ‘ease of startups’ in India. The minister added that more than 2,700 biotech startups and over 2,500 biotech companies are working in the country currently.

Users can apply for research on the portal and will be allotted a unique BioRAP ID which can be used to track the status of the application. The application will then be alloted to the respective nodal body and will ease multi-agency clearance for such proposals. The startups will also be able to access preliminary information on the research work being conducted by a particular researcher or organisation.

The pandemic-led boom and increased demand for biotechnology products in recent years led to this growth. The space is led by major players such as Biocon and Serum Institute of India as well as startups like MedGenome.

Earlier this month, the Biotechnology Industry Research Assistance Council (BIRAC) partnered with the Indian Angel Network (IAN) to launch an angel investor network, BioAngels, to fuel the growth of startups in the biotech space.

In February this year, Bengaluru-based biotech startup Bugworks Research raised a $18 Mn Series B1 round which was led by Lightrock India. In January, Epigeneres Biotech raised $6 Mn in a Series B funding round from Kotak Investment Advisors, Satya Capital’s Moez Daya, and LetsVenture Angel Fund.