Ahead Of IPO, MobiKwik Appoints Four New Independent Directors On Its Board

Ahead Of IPO, MobiKwik Appoints Four New Independent Directors On Its Board

MobiKwik is a mobile wallet and buy now pay later (BNPL) platform; it claims to have 108 Mn registered users and 3.4 Mn merchants on its platform 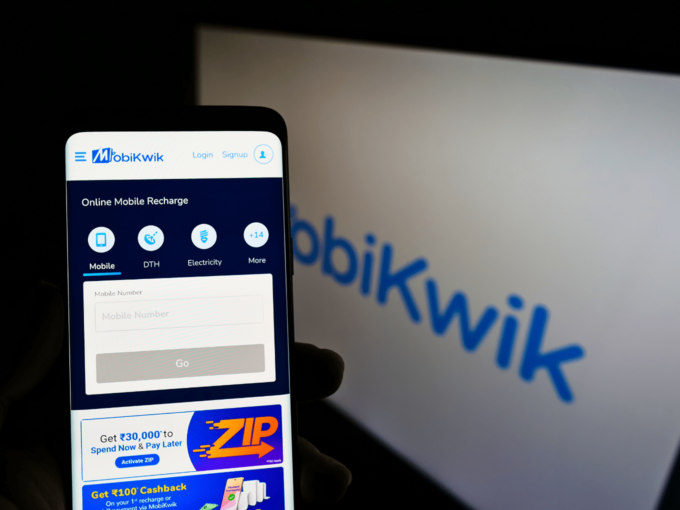 Digital payment startup MobiKwik has announced the appointment of four new independent directors to its board of directors. The appointments include investment professional and former senior MD of Blackstone and Oppenheimer, Dr Punita Kumar Sinha, diplomat and former ambassador of India to Egypt and UAE, Navdeep Singh Suri, fintech entrepreneur and cofounder of PaySense, Sayali Karanjkar, and chief technology officer of LinkedIn, Raghu Ram Hiremagalur.

The startup aims to move closer to becoming the first fintech company to list in India, with this move.

The appointment comes just a month after the company became a public entity on July 12 from a private limited firm.

Founded in 2009 by Bipin Preet Singh and Upasana Taku, MobiKwik is a mobile wallet and buy now pay later (BNPL) platform. The startup currently claims to have 108 Mn registered users and 3.4 mn merchants on its platform.

The startup, in 2019, also launched MobiKwik Zip — a flagship BNPL product — that offers credit to its consumers.

Brief about the appointed independent directors:

Dr Sinha has three decades of experience in investment management in emerging and international markets. She is the founder and managing partner at Pacific Paradigm Advisors — an independent investment advisory and management firm focused on Asia.

Earlier, she was a senior managing director at Blackstone and the CIO of Blackstone Asia Advisors. She has also worked at Oppenheimer, Legg Mason, and IFC.

Ambassador Suri was a part of the Indian Foreign Service for 36 years. He was India’s consul general in Johannesburg, high commissioner to Australia and ambassador to Egypt and the UAE.

He has been a part of India’s diplomatic missions in Cairo, Damascus, Washington, Dar es Salaam, and London. He also headed West Africa and Public Diplomacy departments in India’s Ministry of External Affairs. He is presently the director of Centre for New Economic Diplomacy’s and has led programmes in Morocco, Kigali, and Dhaka.

Karanjkar is the cofounder & CBO of Fintech startup PaySense, which was acquired by Naspers backed PayU in 2020.

Before that, she cofounded Outsy — a local discovery platform showcasing fun and interesting activities across various entertainment and lifestyle categories. Earlier, she led business development at Final Mile Consulting. Karanjkar has also worked at AT Kearney and AT&T.

Hiremagalur is presently the CTO and VP — engineering at LinkedIn. Before LinkedIn, Hiremagalur was the CTO of Zynga — a US-based video game developing company. He has over 16 years of experience in technology roles with leading Silicon Valley companies, like Paypal

Speaking at the announcement, Singh said, “In my extensive conversations with Sinha, Suri, Karanjkar, and Hiremagalur, I have found harmony in their beliefs and MobiKwik’s vision. The holistic expertise of our new board members in our sector, public policy, technology, and business will add thrust to MobiKwik’s strategic direction.”

MobiKwik is preparing for an IPO and has filed the DRHP with SEBI. The company claims to be profitable across all its three segments. It has seen a revenue growth (CAGR) of 37% in the last two years (FY19-21).