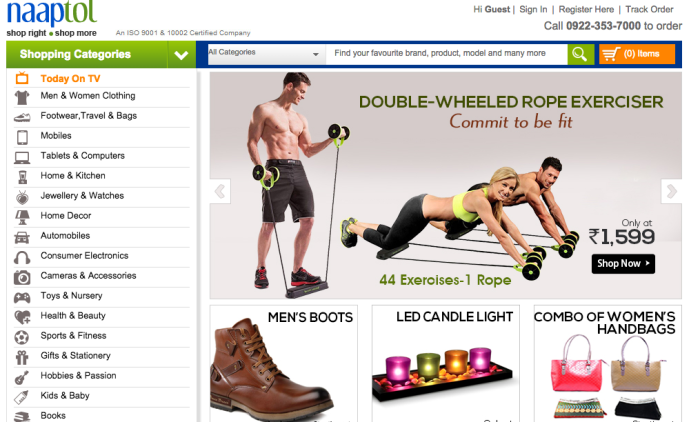 Looks like misery of ecommerce websites has not ended yet. Following the trail of Karnataka and Tamil Nadu, Maharashtara Government has moved against the tele-shopping platform Naaptol.com and has frozen its bank accounts to recover value added tax (VAT) on the sale of third-party goods. Naaptol has filed an request in the Bombay High Court for an urgent hearing to free up its accounts. According to Tax Department Naaptol has to pay INR 23 Cr.

“We believe the department has taken this up now as there are activities going on in other states on ecommerce and marketplace companies. We have legal option from senior counsels and law firms and all of them are of the opinion that the order by the department is illegal,” said Manu Agarwal, CEO of Naaptol, adding that all the vendors of Naaptol are registered dealers with the sales tax department and pay VAT.

Ecommerce websites have been a target in past few years due to their hundreds of millions of dollars raised from investors. Ecommerce does not find a specific mention in the tax laws of Maharashtra or other states because these laws predate online retail. Value-added tax (VAT) or sales tax is a state subject and hence, laws differ from state to state.

Few Months back ecommerce giant Flipkart’s Dasna based warehouse was raided by the officials and a penalty of INR 13.8 lakh has been slapped for non-compliance with the rules related to import of goods. Goods worth INR 47 Lakh were seized by the authorities.

Earlier this year, there were reports that the karnataka’s tax department has barred Amazon India from selling products from its warehouse in the state by cancelling the licences of more than 100 third-party merchants that work with the local unit of the company. Amazon kept a cut of the sales and passed on the rest to the sellers who then paid VAT. The state’s tax department claimed that the ownership of products passed to Amazon when stored in its warehouse, and that the ecommerce company should be responsible for paying VAT.

After experiencing the taste of success it is time for these ecommerce websites to stop Government for granted.