Nadella is likely to visit India between Feb 24 and 26

The Microsoft CEO might visit Delhi, Mumbai and Bengaluru

Nadella was recently in news over his comment on India's CAA 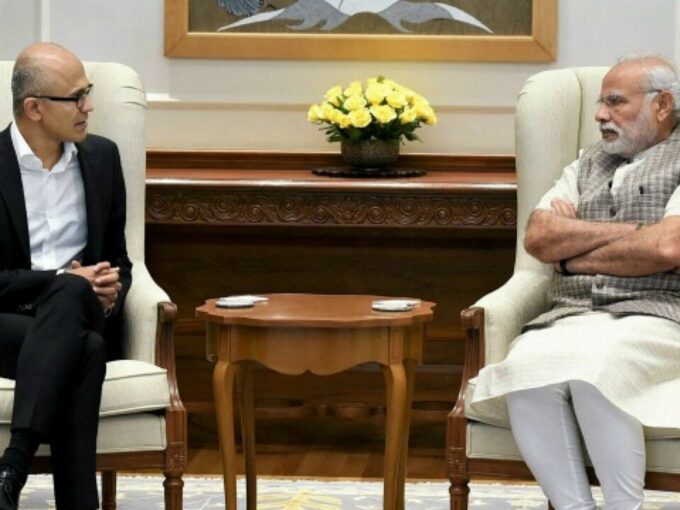 Microsoft CEO Satya Nadella is reportedly planning to visit India later this month between February 24 and February 26, 2020. Nadella also has an agenda to meet Prime Minister Narendra Modi. However, the PM’s office hasn’t confirmed the meeting yet.

Meanwhile, Nadella is likely to meet senior Indian industry leaders. As per a Reuters report, the Hyderabad-born Microsoft CEO is likely to visit New Delhi, Bengaluru, and Mumbai. However, the company did not comment on Nadella’s plans to visit India.

Talking to Ben Smith, the Buzzfeed News editor-in-chief, Nadella, said, “Two American things that I’ve observed which are both — its technology reaching me where I was growing up and its immigration policy. Even a story like mine being possible in a country like the USA.” Smith also revealed that Nadella was disappointed with CAA and highlighted his desire to uplift immigrants in the country.

Quickly getting into damage control mode, Nadella issued an official statement, saying, “I’m shaped by my Indian heritage, growing up in a multicultural India and my immigrant experience in the United States. My hope is for an India where an immigrant can aspire to found a prosperous startup or lead a multinational corporation benefitting Indian society and the economy at large.”

However it was too late, and in response to Nadella’s statement, BJP’s member of parliament (MP) Meenakshi Lekhi called out the Microsoft CEO.

Nadella’s visit is the second high-profile tech CEO visiting India in a matter of months. Amazon’s Jeff Bezos was in India last month to announce a slew of programmes and investments in the Indian market. Prior to the visit, Amazon India has been accused of non-compliance to FDI policies, deep discounting that leads to tax evasion and eating into the businesses of small traders. In the hope of moving on from these controversies, Bezos’ three-day visit to India was filled with one announcement after another.

Bezos announced that Amazon is planning to invest $1 Bn to digitise small, medium enterprises (SME) in India. He clarified that the move will help them export goods valuing over $10 Bn.

Meanwhile, the minister of industry and commerce Piyush Goyal wasn’t too impressed by the gesture. He said that Amazon is not doing India any favours by investing in India. Goyal added, “they may have put in a billion dollars but then if they make a loss of a billion dollars every year then they jolly well have to finance that billion dollars.”

Goyal also took to Twitter to clarify that ecommerce companies are allowed to come to India as long as they follow the rule.

Meanwhile, Prime Minister Modi did not meet Bezos during his Indian visit as the PMO declined to accept Bezos’ request. A media report suggested that Amazon had reached Modi’s office to schedule an appointment, but was informed about the improbability of the meeting in December 2019.