Microsoft Brings The Era Of Immersive Gaming, Launches Xbox One X In India

Microsoft Brings The Era Of Immersive Gaming, Launches Xbox One X In India 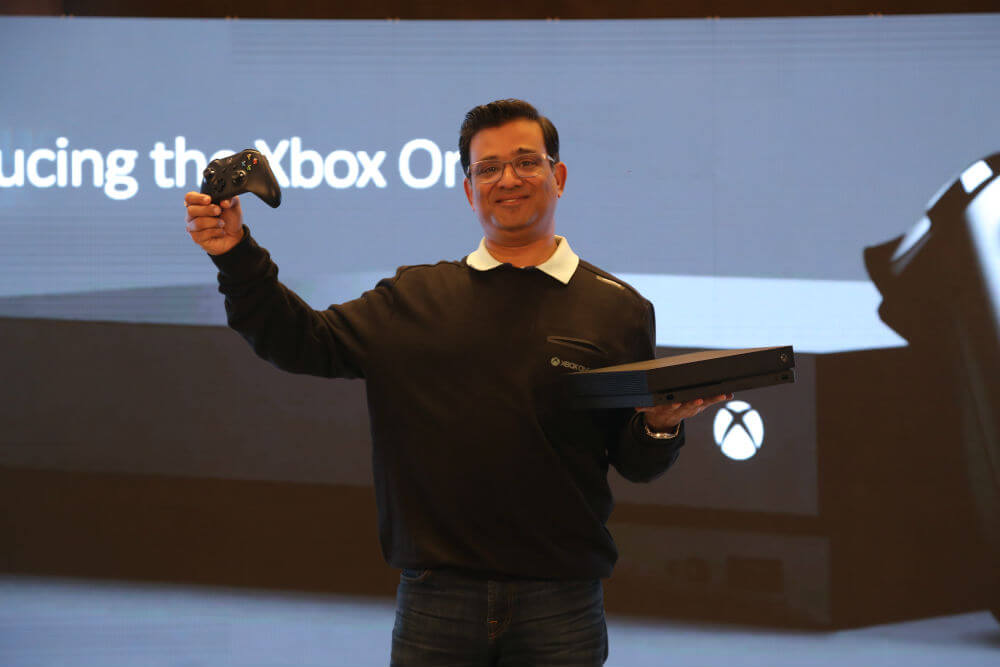 One of the world’s leading platform and productivity, company for the mobile-first and cloud-first world, Microsoft launched the Xbox One X in India. The product is said to be the world’s most powerful console according to Microsoft and will bring a new era of immersive 4K gaming and 4K entertainment to local gamers.

Priyadarshi Mohapatra, Country General Manager, Consumer and Devices Sales, Microsoft India spoke at the launch and said, “We are delighted to offer gamers the world’s most powerful console with access to the largest and most diverse games lineup in Xbox history, including Forza Motorsport 7, Assassin’s Creed: Origins, Cuphead and Super Lucky’s Tale, out of more than 1,300 titles and more than 220 exclusives available on the Xbox One X, just a few short months after the device’s global launch. We’ve listened to our community and are excited to be bringing this new console to Indian gamers.”

The craftsmanship, according to Microsoft, makes the Xbox One X hardware the world’s most powerful console and also the smallest and most feature-rich Xbox ever. It has been built for true 4K gaming, with enough power to drive native 4K resolutions, high dynamic range and wide colour gamut into a pristine visual package beyond what’s capable in existing consoles.

Existing Xbox One games play even better, with improved textures, smoother frame rates and faster load times, even on a 1080p TV. Xbox One X is also the only product in the world that packs multiple features in one device

Xbox One X Enhanced games have been updated or built specifically to take full advantage of the world’s most powerful console and its 4K UHD and HDR capabilities. More than 80 new and existing games are enhanced for Xbox One X to take advantage of its full power.

Other features that Microsoft has produced through the device for gamers are:  Xbox Live, reliable gaming network, 4K UHD Blu-ray and streaming,  Xbox Game Pass, a monthly membership that provides unlimited access to more than 100 games, etc.

With 40% more power than any other console, Xbox One X is where console gamers can play one of the best versions of games. At a suggested retail price of $705.443 (INR 44,990), the Xbox One X will be available for purchase online in India on the Microsoft India store, Amazon and Flipkart. Consumers can also buy the Xbox One X offline from stores like Croma amongst others.