Micro, The $299 3D Printer Hits Its Kickstarter Goal within no time

Micro, The $299 3D Printer Hits Its Kickstarter Goal within no time 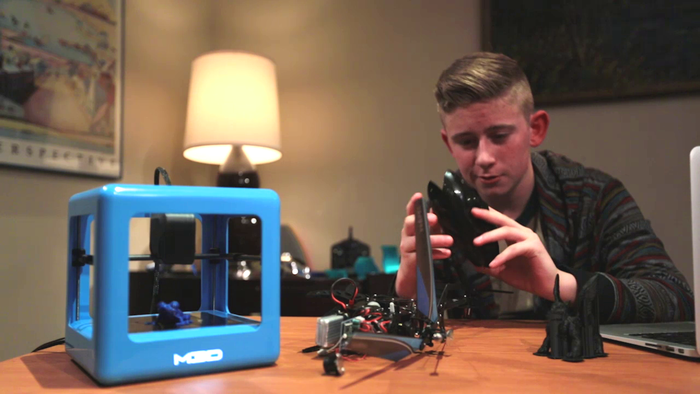 Micro, A little “first truly consumer based” 3D printer reminded everyone how useful Kickstarter can be. The campaign successfully manged a $50,000 fundraising goal in a single day. With 27 days left to reach that goal, the project has raked in $1.8 million and with over 6,000 backers.

So how is Micro different from the other 3D printers which are already out there in the market?  In layman terms it’s much much cheaper than other 3D printers on the market.It’s current list price of $299 , costs over $1,000 less than a MakerBot.Also, Micro is perfect for beginners. All you need to do is just plug in the printer, download or create models, hit print, and watch your custom creations form right before your eyes. As simple as that.

The Micro is scheduled to enter the production phase during August and September of this year, with units shipping out to all backers by March 2015.

As applications of the technology expand and prices drop, the first big implication is that more goods will be manufactured at or close to their point of purchase or consumption. This might even mean household-level production of some things. For example,You’ll pay for raw materials and the IP—the software files for any designs you can’t find free on the web. Another implication is that goods will be infinitely more customized, because altering them won’t require retooling, only tweaking the instructions in the software.

PS :  I wouldn’t be surprised if the news tomorrow is going to be “Facebook Acquires Micro for $10B. Shuts Down Company and Leaves Backers with Nothing.” 😉