Meta Took Action Against 24.3 Mn Pieces Of Content In March

Meta Took Action Against 24.3 Mn Pieces Of Content In March 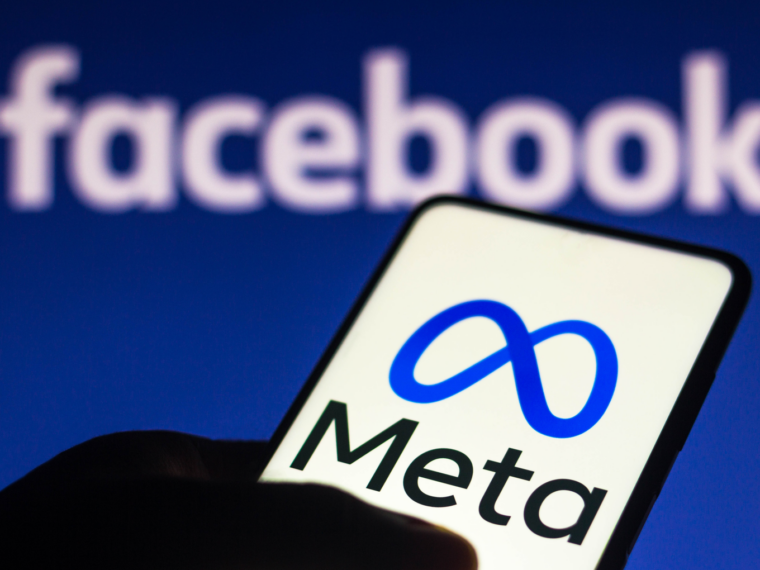 Facebook received 656 reports through the Indian grievance mechanism in March

Meta-owned Facebook took action against 21.58 Mn pieces of content on the platform between March 1-31, 2022, according to the company’s compliance report released for March under the new IT Rules.

Action taken against content on adult nudity and sexual activity on Facebook stood at 2.1 Mn, followed by child endangerment – sexual exploitation related content at 609.9K. Regulated goods: Firearms-related content that Meta took action against stood at the lowest at 7.5K. The proactive rate on the platform in March was between 78.3% and 99.9%. 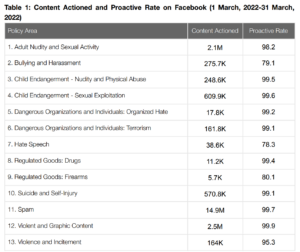 Meta said in its report that between March 1 and March 31, it received 656 reports through the Indian grievance mechanism on Facebook and responded to 100% of these 656 reports. Of those reports, 190 comprised complaints about accounts being hacked.

“Of these incoming reports, we provided tools for users to resolve their issues in 556 cases. These include pre-established channels to report content for specific violations, self-remediation flows where they can download their data, avenues to address account hacked issues etc.,” the report stated.

On Instagram, Meta largely took action against content related to suicide and self-injury (931.4K), which was followed by violent and graphic content (674.7K). The total number of adult nudity and sexual activity-related content that Meta took action against stood at 450.3K, while the number for bullying and harassment was at 354.6K. 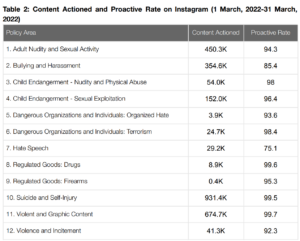 In March, the company received 1,150 reports through the Indian grievance mechanism on Instagram, with 593 reports in the ‘fake profile that’s pretending to be me’ section. Meta responded to 100% of the 1,150 reports. On Instagram, there were 354 cases reported in March for accounts being hacked.

“Of these incoming reports, we provided tools for users to resolve their issues in 556 cases,” Meta’s compliance report stated.

According to its last compliance report, in February, Facebook took action against more than 21.1 Mn pieces of content. Additionally, it had received 478 complaints via its grievance redressal mechanism.

Separately, Meta-owned WhatsApp banned 18,05,000 Indian accounts between March 1 and March 31, as per its tenth compliance report.

During its post-earnings call for the January-March quarter of 2022, Meta highlighted the strength of its India business, saying it’s “benefiting from good supply tailwinds in terms of impression growth”. The social media giant also pointed at the overall regulatory environment across the world, which continues to remain a real challenge.