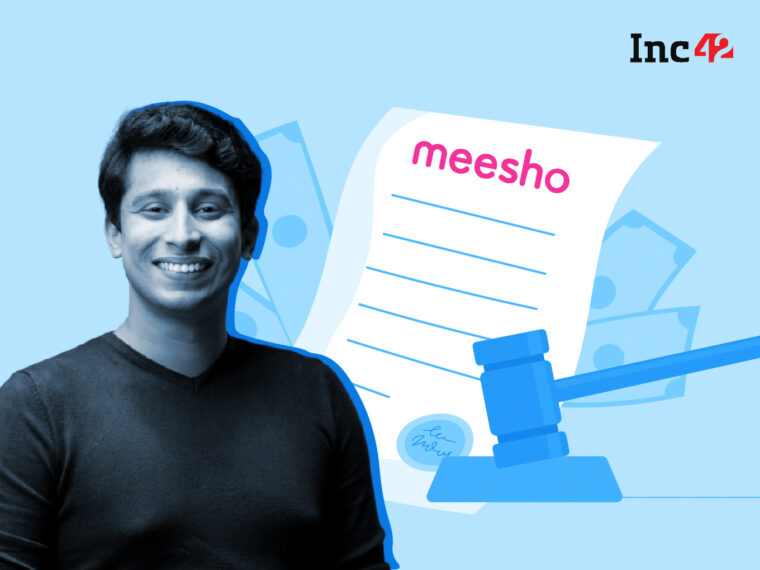 Following the tweet, other social media users confirmed that they were asked to do negative reviews for money

Sources informed Inc42 that a legal notice has been sent by Meesho to 22-year-old Jaymin Shah who is the CEO of digital media agency Socialgrid Media.

Sources further add that Shah’s link to the alleged campaign is in relation to some WhatsApp chats which were shared with the company from a number traced to be found to that of Shah.

The Alleged Smear Campaign Against Meesho

The move comes shortly after Meesho cofounder Vidi Aatrey took to Twitter about influencers talking negatively about the startup. He said that the negative reviews against the startup were “paid influencers peddling rumours for the past few months”.

The issue came to light when Testbook VP Ravisutanjani Kumar created a collage of screenshots of Twitter posts and alleged that a campaign was going on against Meesho. He put together posts by several influencers who had put out a series of tweets tagging the company’s investors Sequoia and Elevation Capital. 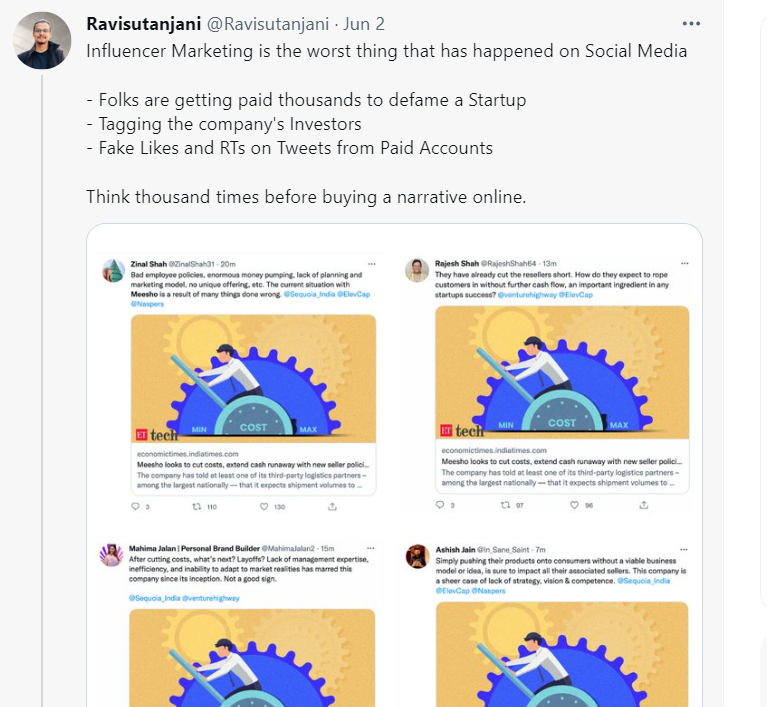 Meesho said that the campaign’s aim was to malign the company’s reputation by spreading falsehood and lies. The ecommerce unicorn also added that following the exposé, some influencers acknowledged that the said tweets were paid promotions, while others deleted their posts. 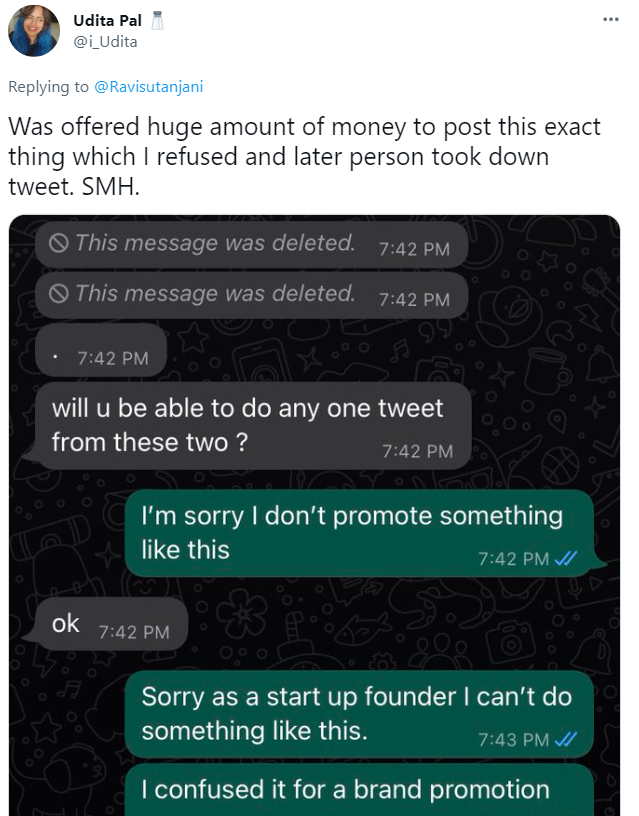 A 22-Year-Old Prominent Social Media Expert Under The Lens

Arora stated that she was contacted to post an Entrackr article with a negative tweet to defame Meesho’s reputation in March 2022. 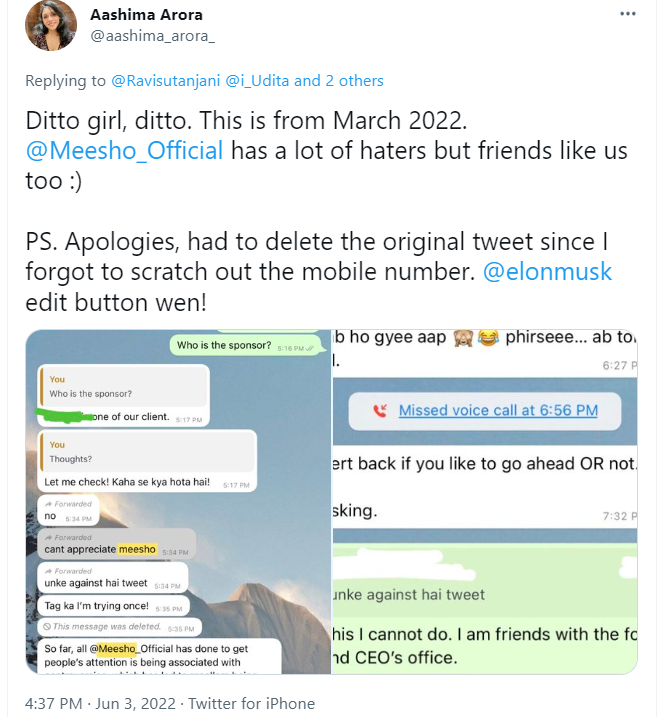 Through a now-deleted tweet, wherein the mobile number of the campaigner was visible, Meesho traced back the number to Shah. Arora reposted the screenshot after scratching out the number and confirmed that it was Shah’s contact number.

Shah, an entrepreneur and a digital marketing expert, is a prominent personality within the social media ecosystem. The 22-year-old is known to have devised social media strategies for brands such as SkillShare, Airtel, Hewlett Packard Enterprise, LINE and Automation Anywhere, among others.

Meesho declined to comment on the queries sent by Inc42 about who were the people involved in running this alleged defamation campaign.

The startup said that it will continue to monitor the situation. It intends to “consider legal recourse against those spreading misinformation and lies about the company”.

The story has been updated to include inputs from sources.

TeraReach’s name has been removed from SocialMedia Grid’s client list.