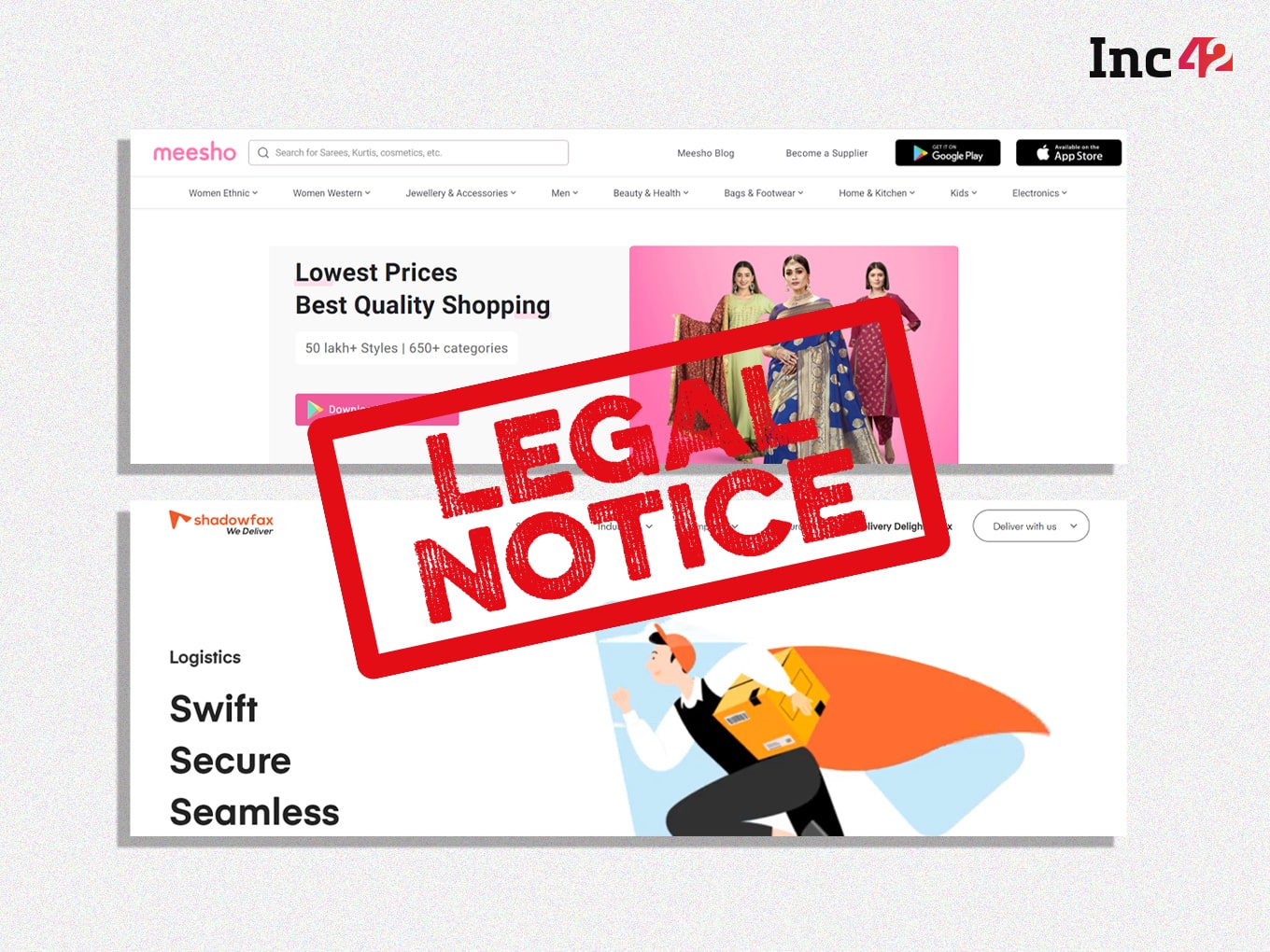 The new entrant to the unicorn club, Meesho appears to be in fresh trouble. A Bangalore-based ecommerce, entertainment and technology legal firm – BananaIP Counsels, have sent legal notices to Meesho, a social commerce platform and its logistics partners Shadowfax, over a fraudulent order being delivered to BananaIP Counsels’ managing partner Kalyan C. Kankanala. BananaIP Counsels have also urged Google Play Store to take down Meesho’s app.

On August 4, 2021, a package for Kankanala from Manish Kumar Sharma through Shadowfax arrived at BananaIP Counsels office around 7:30 pm. Madhava Rao, who is the firms’ chief financial officer accepted the order on behalf of Kankanala, and paid for it through  online. Realising that the order was fake, both Kankanala and Rao sent legal notices to Shadowfax and the sender of the order Sharma on August 5. Interestingly, the firm received a call from a Meesho’s spokesperson a day later stating that the order was placed by a third party.

After not receiving any response from both Shadowfax and Sharma and revelation of Meesho who worked as the facilitator of the order, BananaIP Counsels sent their second legal notice to Shadowfax, Sharma and Meesho. Inc42 has access to both the legal notices and has reviewed them. The notice said that all parties to the transaction will be jointly and severally liable under both the criminal and civil law for several wrong doings ranging from fraud, cheating, scamming, exploitation, falsification, and so on for wrongfully gaining from an invalid and clearly fraudulent transaction.

The notice further states that all parties that are involved in this “illegal transaction” aimed at defrauding, exploiting, misleading, and scamming consumers and that this is a “fit case for a class action.” The law firm has further warned that it is willing to take the matter to an appropriate court and cyber police if required.

Shadowfax has denied its involvement in the said transaction and said that it carries out delivery after verifying it with clients.  “We categorically deny any involvement in such kind of fraudulent behaviour, and carry out deliveries to consumers verified by our clients. We are providing complete support to Meesho to help process refunds for such aggrieved consumers at the earliest, and also to build strong processes to prevent such incidents in future. We are a law abiding organisation and shall extend all support to the authorities investigating this matter,” Abhishek Bansal, cofounder and CEO, of Shadowfax told Inc42.

The law firm in its follow up mail in regards to the second legal notice has asked Meesho why its grievance officer has failed to address the concern within 24 hours. The law firm further citing central government’s Information Technology (Intermediary Guidelines and Digital Media Ethics Codes) Rules, 2021 has asked why it has not appointed nodal contact person and a chief compliance officer. The law asks significant  social media intermediaries to appoint a permanent chief compliance officer, chief grievance officer and a nodal contact person. As per the government, a significant social media intermediary has 5 million or more users in India, and primarily or solely enables online interaction between two or more users and allows them to create, upload, share, disseminate, modify or access information using its services.

As of now, Meesho and Shadowfax both have not responded to the legal notices.

Meesho, which entered the unicorn club after raising $300 Mn led by SoftBank in April has received multiple flak on the social media for sending unsolicited orders. Meesho’s founder Vidit Aatrey took to Twitter and said that the startup has witnessed an increasing rise in cases of platform misuse by some resellers and are sending “unconsented” orders to its consumers.

“We are taking a No-Tolerance approach to these cases. We have deployed Data Science models to identify and block accounts of such miscreants. We also have an extensive grievance redressal process across all social platforms to act quickly on all cases possible,” he had said back then.

Founded in 2015, by Aatrey and Sanjeev Barnwal,  Meesho is social commerce platform that boasts of having 13 Mn individual entrepreneurs on its platform and brings the ecommerce benefits to 45 Mn customers across the country. Meesho claims to have delivered orders from more than 100K registered suppliers to over 26K pin codes across 4,800 cities, generating over INR 500 Cr ($68 Mn at current conversion rate) in income for individual entrepreneurs. The startup has raised about $415 Mn funding to date and is backed by Elevation Capital, Sequoia, Shunwei Capital, RPS, and Venture Highway among others.