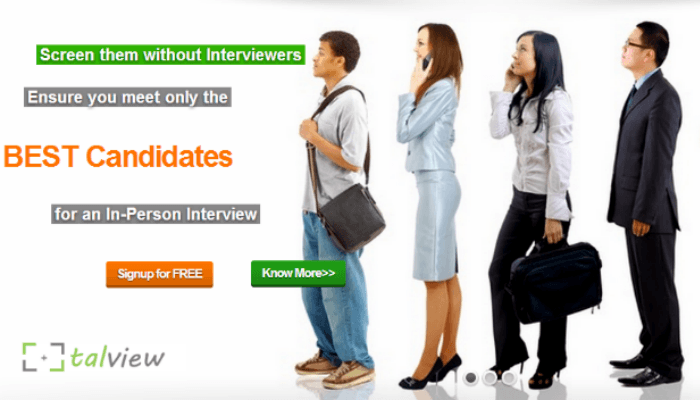 Venture Capital Fund Mayfield Ventures is about to invest in online recruitment solution startup Talview, previously known as Interview Master. According to reports, Mayfield is buying about 15-20% stake in the startup.

Launched back in May 2012 by three alumni of IIT Bombay and a former management consultant, Interview Master was rebranded to Talview in January this year.

Talview is a video interview platform based on the concept of asynchronous video interviews. It helps recruiters’ irrespective of their business size and nature to screen candidates effectively. On the other side, it helps candidates in saving time, as they do not have to take a day’s leave or travel to recruiter’s office for preliminary round interviews.

The startup has also made it to the list of ninth batch of  Silicon Valley based Startup Accelerator 500 Startups, announced earlier this year.

Talview competes with other startups in this space including Mocha and Mettl. A few of its clients include Wockhardt, JSW, Renault, Singapore Airlines, etc.