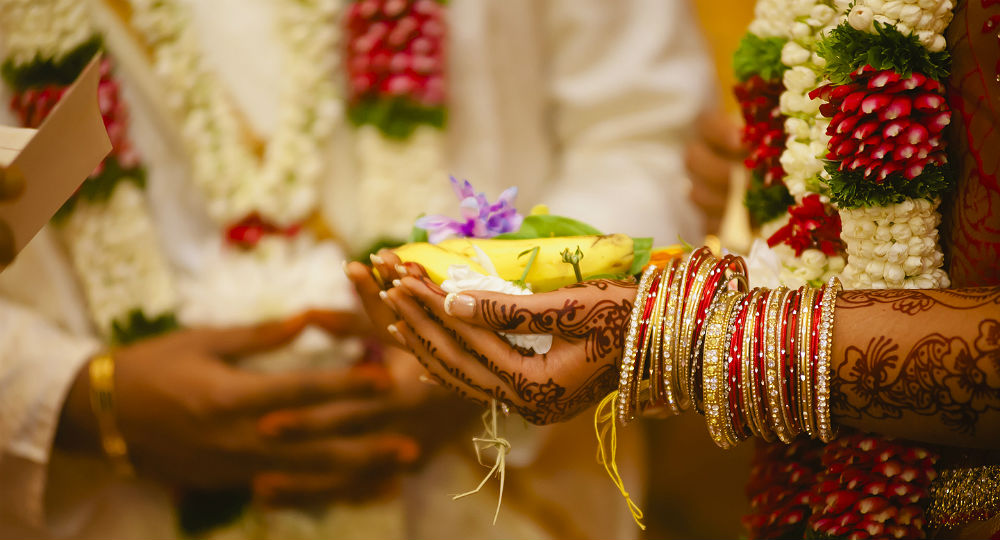 The shares of Matrimony.com Pvt. Ltd were off to a slow start on the stock exchanges yesterday post its IPO last week. The IPO got listed on the Stock Exchange yesterday (September 21) and registered a fall of 9%.

As per the latest NSE data today at the time of publication of this article, the stock is still down by almost 10% trading around INR 807.05-INR812. 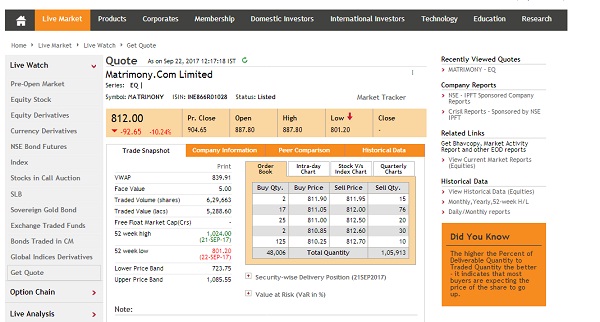 The weak start followed an IPO that ended on a high note last week, with the issue being oversubscribed 4.41 times on the closing day. Prior to that, on day two, the Matrimony IPO got oversubscribed 1.36 times  after it witnessed 67% subscription on the first day. The company had set a price band of INR 983-985 per share in order to  raise $20.3 Mn (INR 130 Cr) against approximately 3.7 Mn shares.

When contacted, Murugavel Janakiraman, Founder and Managing Director, Matrimony.com told Inc42, “Matrimony.com is the first Consumer Internet company to be listed. We’re driven by strong fundamentals and are making good profits. Our EBITDA margins are good. It has grown from 7% in FY15 to 20% FY17 and 23% in Q1 FY18. This is expected to grow steadily upward on account of the strong operating leverage of the company. This year we expect it to be about 28%. One of the reasons for the weak start on the exchange could be the discount given to retail investors.”

Currently, there are no directly comparable listed peers for Bharat Matrimony. Although Info Edge (India) Ltd—which runs Matrimony’s competitor Jeevansathi.com—is a listed firm, yet its valuation is dominated more by its job portal Naukri.com and its stake in foodtech company Zomato.

Matrimony’s IPO  has been closely watched by market goers as India’s internet ecosystem is  starved of IPOs amidst steep losses. This has been Matrimony’s second attempt at going public after the company scrapped its IPO plans in December 2016 citing weak market conditions.  Prior to Matrimony, the last big stock market listing by an Indian ecommerce firm was that of Infibeam in April 2016. However this number is on the rise as per a  report by US-based research firm CB Insights, which states that the number of IPOs filed by Indian technology companies has increased dramatically by over 400% between 2015 and 2016.

Through the IPO, investor Bessemer Venture Partners is reportedly going to make a complete exit from the venture. One of the other investors of Bharat Matrimony, Mayfield, is also looking to sell a portion of its stake in the company. After its tepid debut on the stock exchanges this week, it will be interesting to watch out if the stock makes further gains in the coming weeks. Nevertheless, the matrimony IPO will be a precursor to many a tech startups to opt for an IPO, thus making exits through IPOs a real possibility for Indian VCs. In the second week of September, mobile gaming studio Nazara Technologies also revealed plans to offer an IPO towards the end of FY18, making it the first public listing in the Indian gaming space.