Mary Meeker’s Internet Trends 2018: Meet The Seven Startups With Indian-Origin Founders Making Waves In The US

Mary Meeker’s Internet Trends 2018: Meet The Seven Startups With Indian-Origin Founders Making Waves In The US

More Than Half Of The Most Highly Valued Tech Companies In The US Are Founded By First Or Second Generation Immigrants, Says Mary Meeker’s Internet Trends 2018 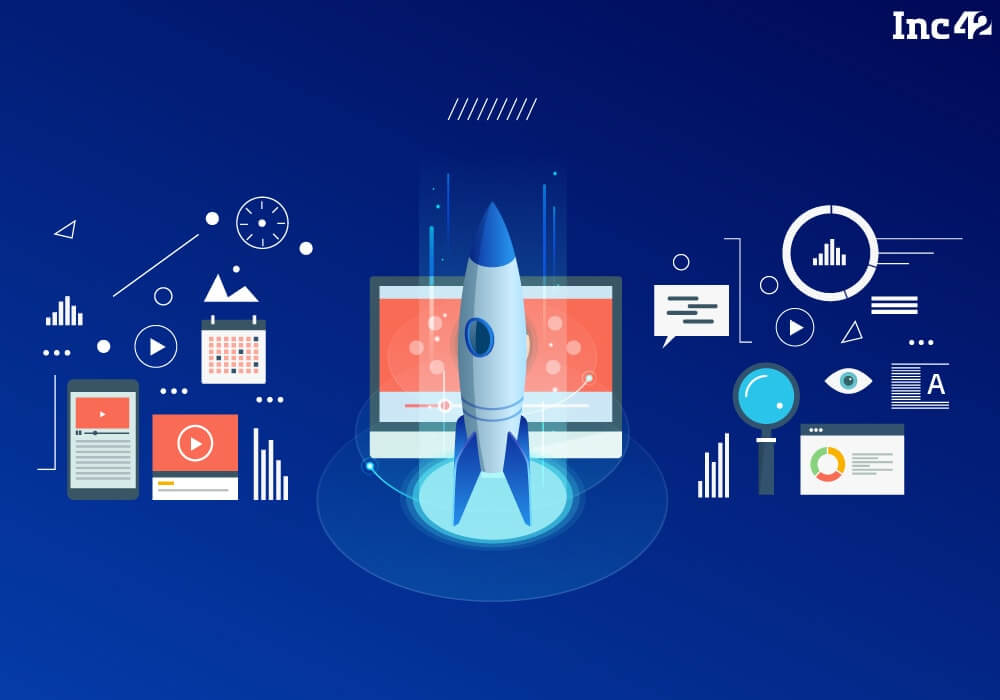 Seen through the lens of Mary Meeker, India is going places on the startup map. Mary Meeker’s Internet Trends 2018 report features seven startups founded or co-founded by first-or second-generation immigrants of Indian origin among the most highly valued private tech companies in the US.

As Mary Meeker’s Internet Trends 2018 report notes: “Immigration remains important for US tech companies. More than half of the most highly valued tech companies in the US are founded by first or second generation immigrants. Uber, Tesla, WeWork, and Wish all have first-generation founders.”

Meeker added, “China and India and the US are the only markets that have relative GDP that is rising, others are falling.”

Meeker, who is credited with having a deep understanding of what makes businesses succeed and fail, is a general partner at venture capital firm Kleiner Perkins Caufield & Byers (KPCB). Her Internet Trends reports on the tech industry have become an annual event that the startup ecosystem and other industries across the world wait for with bated breath.

On Wednesday, she presented her annual report on Internet Trends 2018 at Recode’s Code Conference at Rancho Palos Verdes in California, US. This time around she focused on the falling prices of devices, proliferation of WiFi networks, digital payments, messengers, and new content types.

While presenting the report, Meeker said: “Devices are getting better, faster and cheaper. This looks at the expansion of WiFi networks around the world… Digital payments, digital reach is expanding… Products like messengers and also mobile payments are rising and digital currencies are emerging… Video, mobile adaption is rising very quickly and new content types are emerging.”

In her last report, Meeker had put a special focus on the internet trends in India. Recode, quoted the annual trends report as stating, Internet user numbers grew more than 28% in 2016 to 355 Mn users, second only to China. “At 27 percent internet penetration, there’s a lot of room for growth (in India),” it said.

Mary Meeker’s Internet Trends 2018 report uses data to tell stories of business-related trends. It forecasts that Internet companies will continue to make low-priced services better, in part, from user data; regulators want to ensure user data is not used ‘improperly’; and technology-driven trends are changing so rapidly. Some of the highlights of the report, as prepared by Recode, are:

Here’s a look at these tech startups founded or cofounded by Indian-origin immigrants that are creating waves in Silicon Valley:

San Francisco-based grocery delivery startup Instacart is backed by investors such as Sequoia Capital, Andreessen Horowitz, Khosla Ventures, SV Angel, and Y Combinator. The New York Times, which reviewed the startup, wrote: “Instacart does not maintain warehouses or trucks. Instead, the service is assembled out of found parts — existing supermarkets, willing part-time workers, and their cars. The model has many advantages.”

Under CEO Apoorva Mehta, Instacart has signed up new delivery pacts with giant grocery holding companies Albertsons and Kroger, expanded the company’s deals with Costco and CVS, and made its first international launch — a partnership with Canada’s largest grocer, Loblaws.

Mehta, who ranks at no 45 on the Recode 100, spent his years after college working for technology companies such as Qualcomm and BlackBerry, and even did a stint at a steel factory.

US-based Bloom Energy (formerly Ion America) was founded with the mission to make clean, reliable energy affordable for everyone on earth. Sridhar and his team built a fuel cell for NASA, capable of producing air and fuel from electricity generated by a solar panel. The company has helped customers generate millions of kWhs of electricity and eliminate CO2 from the environment.

Fortune Magazine called K R Sridhar as “one of the top five futurists inventing tomorrow, today.” Sridhar completed his bachelor’s degree in mechanical engineering with honours from the University of Madras (now called NIT, Trichy), India, and pursued his further studies at universities abroad. He was previously working as the director of the Space Technologies Laboratory (STL). He has also served as an adviser to NASA and has led major consortia of industry, academia, and national labs.

California-based Robinhood is a financial services company. It has developed the Robinhood smartphone app, which allows individuals to invest in publicly traded companies and exchange-traded funds listed on US stock exchanges without paying a commission. The startup has received $66 Mn in funding from celebrity investors like Jared Leto, Snoop, and Nas, as well as VCs like NEA and Index, since it was founded in 2013. It has also launched Robinhood Instant, a feature that will front users $1,000 to trade while waiting for deposits to settle.

Both Baiju and Tenev are sons of immigrants, raised in rural parts of the US before attending Stanford, where they met. The company said its users have saved more than $1 billion in commissions. They earlier founded a firm called hedge fund.

Zenefits is a platform that gives best health advices including services and products. It provides healthcare solutions for the companies to offer to their employees. Its services are further categorised as, medical / dental / vision, life and Disability, commuter benefits, flexible spending accounts, health saving accounts.

Laks Srini, CTO of Zenefits, has helped expand Zenefits’ business, which now serves thousands of companies across 48 states in the US, disrupting the $18 Bn health insurance brokerage industry along the way. Prior to Zenefits, Laks served at SigFig and D. E. Shaw & Co. Laks graduated with an M.Sc. in Software Engineering from PSG College of Technology.

New York-based Sprinklr is the unified customer experience management platform for enterprises. It helps brands reach, engage, and listen to their customers over 23 other social media channels for the purposes of marketing, advertising, research, care, and commerce. It works with over 1,200 global companies including Nike, McDonald’s, Microsoft, P&G, and Samsung. Its partners include SAP, IBM, Microsoft, and many others across the CXM ecosystem.

Ragy Thomas,  founder and CEO, did his Bachelor’s in Science in computer science and engineering from Pondicherry University, India, and an MBA from New York University’s Stern School of Business, with a double major in finance and information systems. He has previously served as the president and CTO of Epsilon’s Interactive Services. He also served as chief architect of the market-leading DREAM email technology platform for Epsilon Interactive.

Teh company’s founder Bipul received his B Tech (Honours) in electrical engineering from Indian Institute of Technology, Kharagpur, and holds an MBA from The Wharton School, where he was a Palmer Scholar. He has previously worked at Blumberg Capital. His selected investments include DoubleVerify, Nutanix, Hootsuite, and CarWoo. He also holds several patents in distributed computing.

Actifio provides data-as-a-service (DaaS) that enables enterprises around the world to deliver data just as they deliver their applications and infrastructure-as-a-service available instantly, anywhere. It is known to frees data from traditional infrastructure through adoption of hybrid cloud, and build higher quality applications perform faster and improve business resiliency and availability.

Undoubtedly, Mary Meeker’s Internet Trends 2018 report suggests these Indian startup founders doing well in the US. On the home ground too, ecommerce startup Flipkart took the world by storm after entering into a historic deal with Walmart, which has acquired a 77% stake in the company with the investment of $16 Bn — the world’s biggest ecommerce deal ever.

But Flipkart’s story is one in a few thousands. With ease-of-doing business and innovation likely to be better in the US than in India, the number of startups founded by Indian-origin founders making waves is obviously going to be higher there than here. For Indian startups to level up with US-based startups, we need to tighten our policies and all stakeholders need to come together to help grow the startup ecosystem.