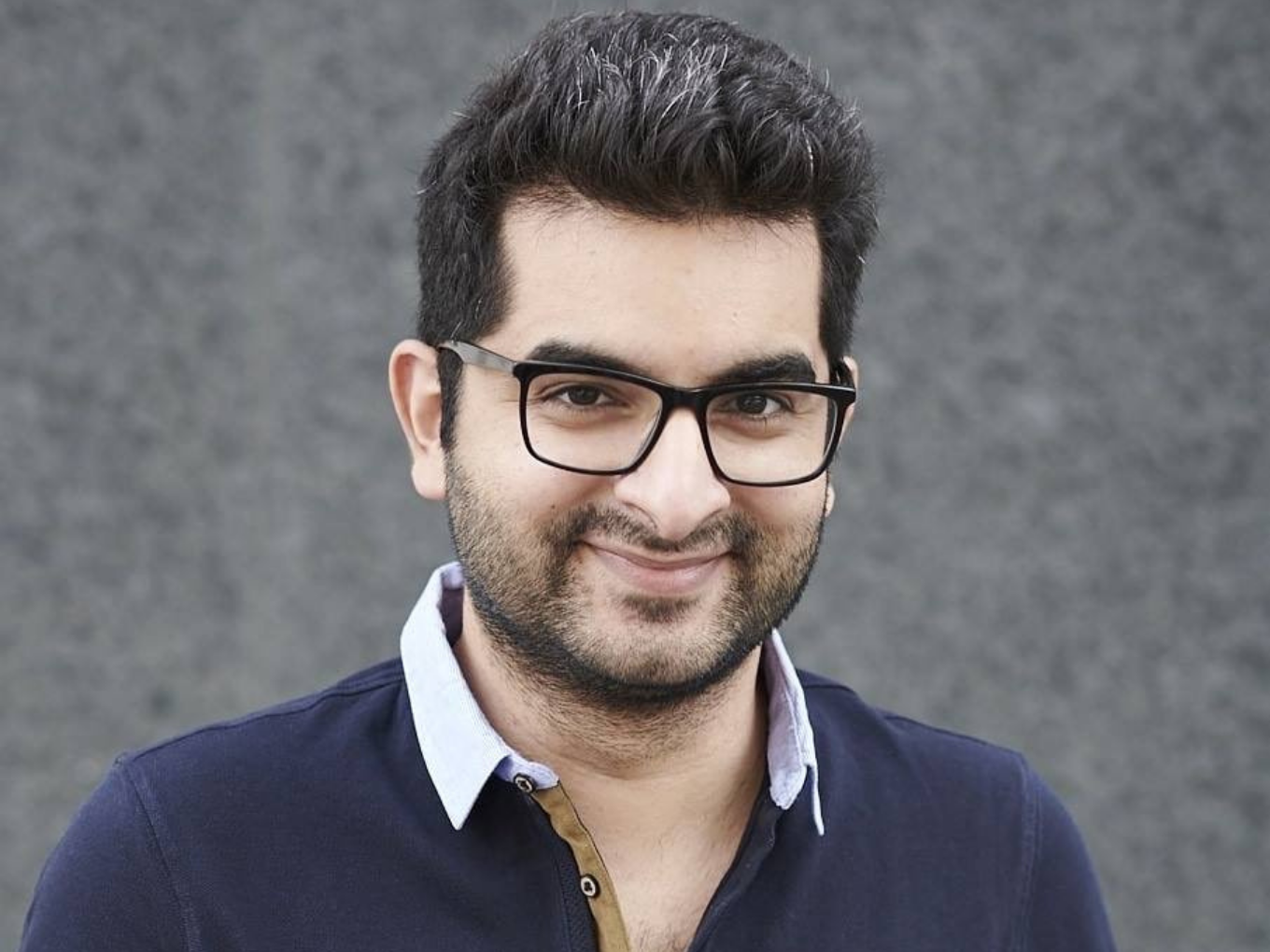 Xeno has seen a 7X increase in the number of brands onboarded over the last one year: CEO to Inc42

Recently, mobility giant Ola’s marketing stunt drew the ire of netizens. What had happened was that the ride-hailing cab forwarded a clickbait notification to its users that read “8 missed calls from mom”, which later, as it turns out, was a marketing ploy to promote a ‘40% discount on its services.’

The fiasco led to a meltdown on LinkedIn and Twitter, with users slamming Ola for the insensitive campaign. But, while the campaign was junked online, it pointed out a bigger problem – unnecessary marketing messages that, at times, serve no purpose to the user.

As subtle as it is, the mere idea of receiving promotional items about something that has nothing to do with you, can at times be very flustering. Even then, customers keep getting bombarded with messages and emails about items that they may be completely averse to, let alone thinking about buying them.

This dearth of tailor-made recommendations led VIT alumni Pranav Ahuja and Ayushmaan to come up with a solution.

This was not the aim at the outset. Back in 2015, both Ahuja and Kapoor began their entrepreneurial journey by quitting their jobs to work on a tablet-based marketing product – Xeno.

Xeno, back then, provided a universal loyalty program for consumers. The product enabled customers to avail services from local brick and mortar stores regularly and get advantages of a loyal customer.

Ultimately a problem arose – despite being able to generate as much as $300K in revenue in just three years, the startup struggled to scale up.

After a lot of deliberations, the startup finally made a major pivot to Customer Relationship Management (CRM). In its current form, Xeno acts as a commerce marketing automation startup that helps clients maximise their revenues by providing tailor-made marketing solutions for actual buyers.

Today, Xeno has raised $1.6 Mn in a seed funding round that saw participation from a host of individual and institutional investors. Vinyl Capital, Ankur Nagpal’s Vibe Capital, Java Capital and Angel Invest Ventures participated in this round of funding.

The startup will use the funding to further invest in the product. Xeno also plans to ramp up hiring and will likely double its headcount in the near future across a slew of verticals, including engineering, sales, product development and customer service.

Speaking to Inc42, CEO and cofounder Pranav Ahuja said that the startup was very selective about its partnerships, adding that the fundraise came from entrepreneurs who have already faced this problem.

What Does The Company Do?

At every billing counter, customers are asked to enter their mobile numbers so that they could receive promotional emails or be a part of their loyalty programmes. But, a lot of times these companies start bombarding buyers with unrelated promotional messages for items that the buyer has no interest in.

What Xeno does is that it simplifies this process. It collates information from these big retailers and stitches specific ads for actual buyers on channels of user’s choice, be it Facebook, Instagram or WhatsApp.

At the core of Xeno’s operations is Artificial Intelligence. The company gathers information from the user’s number, which could previously be linked to other purchases.

The AI then extracts a slew of information be it the size, colour, make, time of the shopping, category and sub-category, among other information.

These data points then undergo a prediction model to suggest a closely linked buyer. The AI then tracks this buyer and recommends the possible next buy..

In response to a query from Inc42 about the AI, Ahuja said, “We work with larger brands that have been around for a while and they have access to information about customers for years. All of that data comes into the Xeno ecosystem and we use that  historical data to train the algorithm.”

Ahuja told this publication that the company has two pricing models – value-based and performance-based.

Ahuja said that the startup charges a certain amount on the incremental revenue it helps its clients generate about the performance-based model. On the other hand, for the value-based model, Xeno charges a fixed subscription to its clients based on the number of leads it generates for the company.

Ahuja said that the company focuses on both digital-native brands and large retail companies.

The startup also boasts of a slew of clients including Vero Moda, Jack & Jones, Forever New, Lotto, Kaya, Amante, Taco Bell, Heads Up For Tails, Chumbak, among others.

The startup claims that it has helped more than 50 brands achieve a double-digit increase in repeat sales in the last 1.5 years.

Ahuja told Inc42 that the startup has seen a 7X increase in the number opf brands onboarded over the last one year.

Doubling Down On India and Middle-East

The startup is, so far, operational in 7 countries. In addition to India, it also operates in 6 countries across the Middle East, namely Bahrain, Kuwait, Oman, Qatar, Saudi Arabia, and the United Arab.

Giving a breakdown of the country-specific data, Ahuja said that India contributed 70% to the startup’s revenue while the Gulf Cooperation Council countries contributed the rest.

He also further added that the startup would continue to focus on India and the Middle East this year, adding that it had ramped up efforts to double down on growth in India and the Gulf.

Expressing optimism about the future, Ahuja said that the startup plans to build customer intelligence hubs for brands to better enable them to understand individual buyers. This he said would improve the quality of customer service and in-store experience for customers.

Ahuja also added that Xeno was better positioned to address specific demands of business clients. He also said that while big businesses had generic solutions that catered to multiple industries, Xeno, on the other hand, provided personalised martech solutions for both D2C brands and large scale retail companies.

Positive about the future, Ahuja also said that Xeno wants to enable over 1 Lakh brands to build experiences that focus solely on individual customers.

In the D2C only arena, the startup competes with players like WebEngage, CleverTap and MoEngage. In India, listed startup Capillary Tech is one of its biggest competitors.

In response to a question about competing with other players, Ahuja said that Xeno’s strength lay in the specificity of its product-focused on specific markets.

The Boom In SaaS

The Indian SaaS ecosystem has been witnessing a major boom backed mainly by cheap Indian labour and better domain knowledge. New age Indian SaaS startups have performed extremely well which is visible in the capital that has been flowing into the sector.

Indian enterprisetech startups raised over $3.2 Bn in investments last year. Another report estimates the Indian SaaS sector to generate revenues between $50 Bn and $70 Bn by 2030 and dominate 4%-6% of the global market.

In terms of unicorns, India houses 16 enterprisetech unicorns. Last year, Freshworks got listed on NASDAQ while Capillary Tech filed its DRHP with SEBI.

Continuing the trend this year as well, customer service solutions startup, Hiver, raised $22 Mn in a Series B funding round led by K1 Capital, earlier this month.

This was followed by another SaaS startup, Increff, raising $12 Mn in its Series B funding round led by TVS Capital Funds, Premji Invest, and Binny Bansal’s 021 Capital.

In February too, subscription management unicorn, Chargebee, also doubled its valuation to $3.5 Bn after a $250 Mn funding round led by Tiger Global and Sequoia Capital.