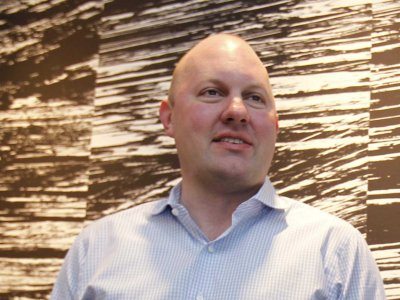 Updated: As per latest updates, Marc Andreessen tweeted an apology for any offence caused by his earlier tweets on India, which had received drawn huge criticism from Indians.

Clearly Facebook is not very happy given that Free Basics has been voted down by TRAI in India. That’s understandable given it fought a really expensive battle to hard sell it as the only way India could lift a billion people out of poverty by bringing them online. Net Neutrality supporters opposed to it on the grounds that it peddled digital slavery in the name of digital equality which Facebook repeatedly denied. However, the latest tweet of Facebook Board Director Marc Andreessen suggesting that colonization would have better for India economically confirms that at the heart of it. Free Basics was nothing else but just another form of colonialism.

Marc tweeted the following controversial tweet after Free Basics was given the thumbs down by TRAI this week.

The tweet obviously did not go well with Indians or for that matter a lot of people who were pissed by Marc’s suggestion that India would have been better off under colonization and should continue to be. It just reinforced what Mahesh Murthy, angel investor and co-founder of Seedfund, had aptly summed up in his Linkedin post on the subject.

“The internet has been the biggest revolution of our times. The breadth and width allowed Zuckerberg to become the businessman he is. Tragic that he is pushing for a micro network outside the internet where a future Zuckerberg can never realise his potential. It’s imperialism and the East India Company all over again. Under the lie of “Digital equality””

No wonder, Mahesh was having the last laugh when Marc tweeted his pro-colonisation tweet.

Now @facebook Board Director @pmarca suggests being colonized was good for India & we should've let Fb do so:) pic.twitter.com/kq7ZsNTQGl

India puts spoke in Facebook's digital savior plans. And within a minute the racist bile starts spewing from VCs with Facebook connections

Maybe we should ask Native Americans how colonialism worked out for them https://t.co/ca1qzFSRFt

Best thing to come out of #NetNeutrality – public display of corporate greed and white man's burden in 21st century! https://t.co/DgQxqRsyke

Good to know that @pmarca is not God https://t.co/Eek0P3oPcC

Benedict Evans, who works with Andreessen at Andreessen Horowitz and supported Marc on it by commenting on India’s sluggish growth rate post colonialism, also faced backlash on the same.

The numbers seems to suggest something slightly different. If you care about that, that is: https://t.co/3wM8thAeTj https://t.co/aJVoVPJIIk

Under colonial rule, India's growth rate was just 1%. Even socialism did better than that! @BenedictEvans https://t.co/zvViNBdNG8

While Marc’s tweet does suggest his ignorance about India’s growth under the colonial rule, on the outset it just plainly shows how people with a big stake in Facebook are pissed by the Net Neutrality brigade of India which has punctured a hole in their dreams of bigger profits had the Free Basics campaign received a go-ahead in India. It is one thing to be pissed because your grand plans for the next few quarterly profits did not materialise, but it is another to tweet something which could hurt the sentiments of a nation. His insensitive remark could cause many to lose respect for him as one of Valley’s highly acclaimed VCs.

Later, irked by the controversy over his tweet and the reactions on Twitter, Marc deleted the tweet and tried to douse the fire by tweeting that he is against colonialism in any country and is withdrawing from all future discussions on Indian economics or politics. He also blocked out Kiran Jonnalagadda (Bangalore-based hacker and founder of HasGeek), who along with Nikhil Pahwa, has been in the forefront of the Net Neutrality campaign.

So @pmarca deletes his tweet suggesting that being colonized was good for India, and our anti-colonial, anti-Facebook move was bad. Sigh.

Alas, if it was only this easy to erase the impact of his wrong choice of words on a highly debated topic. Even if you sign off with a tweet like this-