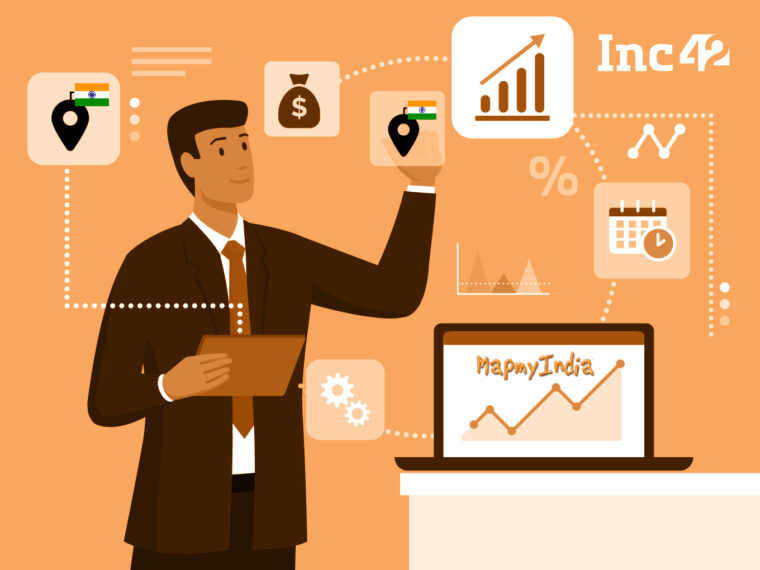 MapmyIndia, the location tech unicorn that competes with Google Maps, has announced its Q4FY22 quarterly results and FY22 annual results.

The listed startup’s revenue from operations was at INR 200 Cr during FY22, up 31% from the INR 153 Cr during FY21. The last quarter was significantly positive for MapmyIndia, as it recorded revenues of INR 57 Cr during the quarter, up 32% from the quarter before. 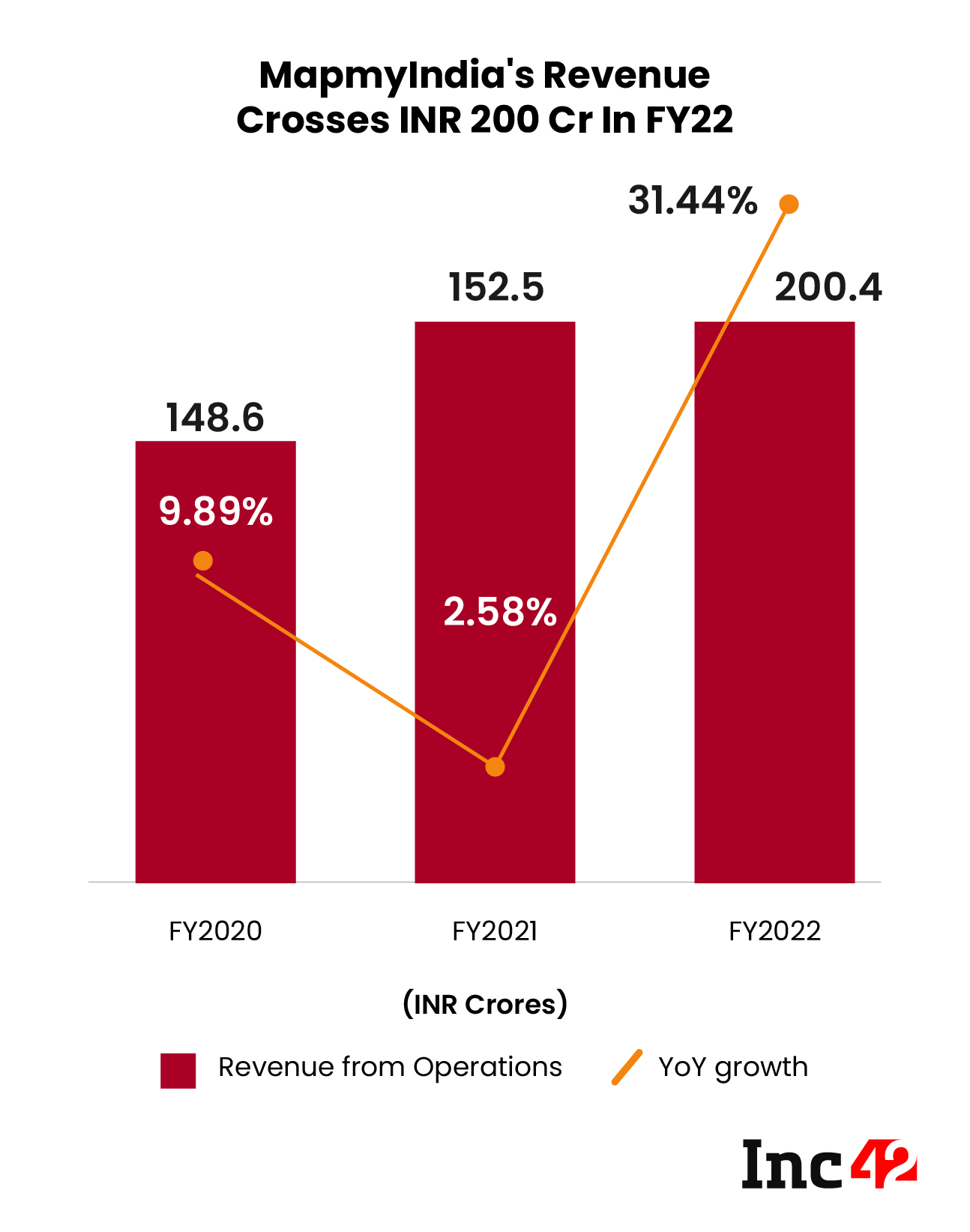 Founded in 1995 by Rakesh and Rashmi Verma, MapmyIndia is a location tech startup that has been mapping locations in India since its inception. According to the company’s website, it has mapped more than 6.29 Mn kilometres of road in India, recording almost 18 Mn places to date.

MapmyIndia counts more than 2,000 enterprise customers, including the likes of tech giants such as Apple and Amazon, carmakers BMW, Honda, Toyota and Mercedes and cab aggregators such as Uber and Ola, among others.

According to its red herring prospectus (RHP), MapmyIndia already commands a 90% market share in the automotive maps market.

The company’s dominant position in its segment has allowed it to notch up profits for several fiscal years. FY22 was no exception, with MapmyIndia recording a profit after tax (PAT) of INR 87 Cr, up 45% from the INR 60 Cr it recorded the previous year. In December 2021, the company acquired a 9.99% stake in Pupilmesh, an automotive tech startup working in metaverse-based augmented reality solutions.

MapmyIndia is looking at augmented reality solutions to bring heads-up displays and helmets for four-wheelers and two-wheelers, and investing in Pupilmesh is a step in that direction.

In a conversation with Inc42, the company’s CEO Rohan Verma said that MapmyIndia offers the most comprehensive, foundational and accurate digital map for the entire country, with over 8,000 cities and towns in detail in high-definition 2D and 3D.