What’s In Manchester For The Indian Startups?

What’s In Manchester For The Indian Startups? 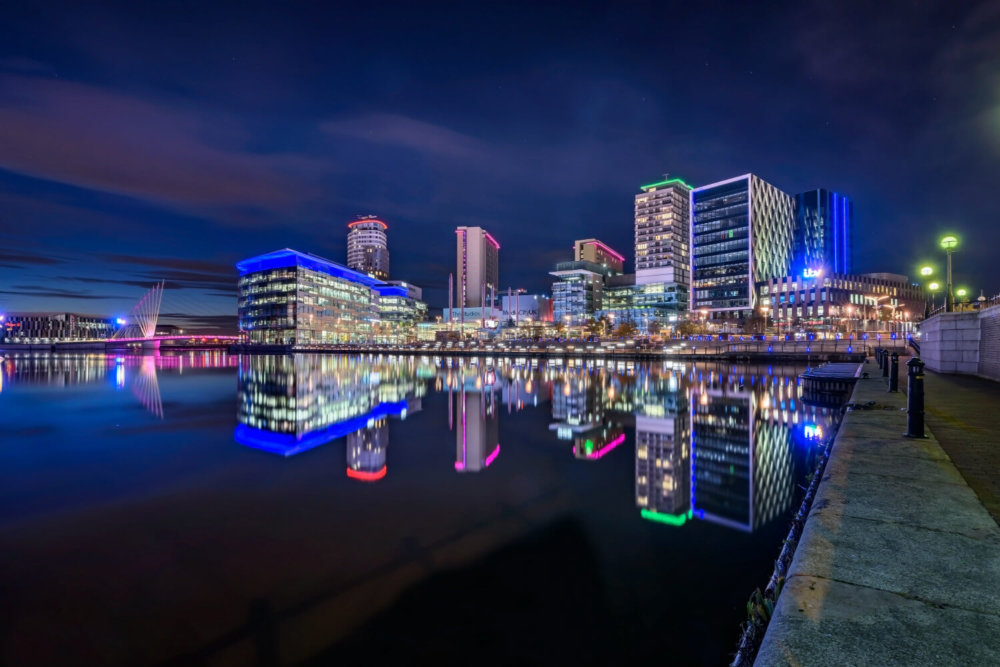 Currently, home to over “2,000 foreign companies” and over “2K startups” from across the world, Manchester that has witnessed the glory of industrial revolution during the 16th and 17th centuries, is still one of the key-enablers of digital ecosystem in the world.

Historian and Author Peter Hall in his book, The First Industrial City: Manchester 1760–1830 had stated, “Manchester was without challenge the first and greatest industrial city in the world.” After India-independence, as the textile industry in Manchester was fast shutting down, the city was on road to becoming another Detroit. However, unlike Detroit, Manchester, in fact, fast adapted to the digital change to stay relevant and retain its big market globally.

With IoT, big data analytics, blockchain and AI developments across the world, as the synergy and solution standardisation have increased like never before, Indian deeptech, IoT and AI-based startups too have started going global and cater to the available global market.

Speaking to Inc42, Tim Newns, CEO of MIDAS, Manchester’s Inward Investment Agency stated, “For tech startups, Manchester is one of the top five cities of Europe. One of the best places in terms of big market availability, low-risk management, technology, digital support.”

Besides, Manchester’s real estate market is the third most valuable in the country.

He further added, “With a market capitalisation of $300 Bn, Manchester offers Indian startups what a majority of countries won’t. We have government sponsored incubators for different sectors, readymade infrastructure, comparatively low tax rates which make the city 40% cheaper than London.”

During their time in Manchester, the winners will experience a tailored business programme comprising a tour of the city’s tech ecosystem, networking opportunities with UK businesses and thought leaders, as well as practical sessions exploring how to establish a business in the city.

The five winners will also have the opportunity to win a gold or silver Manchester establishment package:

In the past couple of years, 42Gears, BIZOM, e-Zest, ZIFO, BRIDGEi2i and Appnomic were some of the winner-startups of Manchester Prize through Deloitte India Fast 50 programme.

Tim explained, “While Manchester is widely known for being a digital media hub, we have developed a separate ecosystem for each platform and verticals. For instance, Fintech hub ‘The Vault’ facilitates infrastructure to fintech startups. We have just opened a new cyber hub that is backed by the central government. We have also enabled Universities to support cybersecurity.”

Tim also added that while the Lancashire University, along with a few other universities, provides expertise and mentorship in cybersecurity, the University of Manchester, which is one of the top 30 universities in the world, has a full-fledged fintech incubator.

Multinational banks such as Barclays, Lloyds and RBS have their huge presence in the city. However, the city is best known for being another home to the BBC, the world’s oldest and the largest public service broadcaster. After the BBC, many other media companies either shifted their base or started their operations in Manchester, turning it into a digital media hub.

Tim said, “Manchester is also known for software, ecommerce and IoT equally. This is the city where programmable computers were invented. In the last few years, the city witnessed a number of unicorns, particularly in ecommerce. For instance, ecommerce startup Boohoo  is a $3.45 Bn company now.”

“Similarly, Manchester leads the UK’s healthcare through IoT and big data analytics. Over 50% of the UK’s healthcare support derived from Manchester. ARM and Cisco help provide the adequate IoT ecosystem in the city. Manchester is, in fact, leading Europe’s IoT market owing to the availability of some of the best digital infrastructure in Europe,” Tim added.

On Brexit issue, Tim said that the Brexit move has, in fact, gone to gain favours from  India and other developing countries. It helped the UK to shift its focus from European trade to India and other countries.

According to MIP, Manchester is one of the few places in the world where one can get a company registered within 48 hours. Manchester also provides the second largest manpower in Europe.

“The new government has been totally focussed to better the startup ecosystem which has helped connect various programmes and initiatives such as sponsoring startups work seamlessly,” Tim concluded.

Recently, in the last few months, besides Manchester’s MIDAS, the Netherlands is also showing prospects of interest in the Indian startup ecosystem. The Netherlands Foreign Investment Agency (NFIA), a 60-member delegate from MEDEF (Movement of the Enterprises of France) and many others have paid visits to India, particularly Bengaluru.

The European Union (EU), Estonia has recently introduced its E-Residency programme for Indian startups to work in the country without any hassle.

With Manchester India Partnership, NFIA, Medef and GoInternational, there is an increased India centric trade-approach by developed countries across the world. This is not only a clear indication of the increasing significance of the Indian startup ecosystem globally but, as pitched by these organisations, it also means international corridors are opening doors for the Indian startups to a global market and bilateral trades.

Some of the figures have been updated.