The SIAC passed an interim order on October 25, 2020 giving Amazon an emergency award against the deal 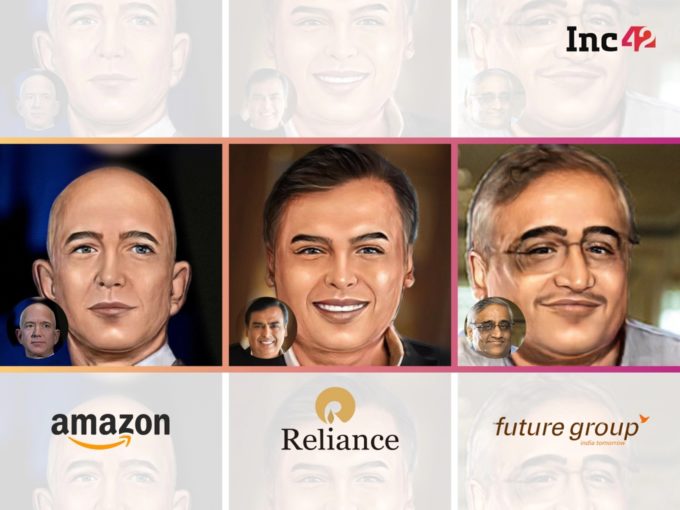 In a ruling that could determine the course of the Indian retail industry, the Supreme Court of India has upheld the Singapore International Arbitration Centre’s emergency award to US ecommerce giant Amazon blocking the $3.4 Bn acquisition deal for Future Group’s retail business by Reliance Industries Limited’s (RIL) Reliance Retail.

A two-judge bench of the Supreme Court said today (August 06) that the Singapore arbitrator’s decision from October 2020 was valid and applicable in India under the Arbitration and Conciliation Act, 1996, despite Reliance and Future Group arguing for several months that Amazon is simply looking to block the deal to stop Reliance from gaining market advantage.

Amazon had argued in the SC that the SIAC order is binding, while Future had claimed that Amazon is looking to derail any hopes the company had of emerging from its financial crisis, where Reliance was seen as a saviour.

How The Reliance-Future-Amazon Fight Unfolded

The Future Group had announced a deal with Reliance in August 2020 to sell its retail, wholesale, logistics and warehousing businesses for INR 24,713 Cr. However, Amazon had taken objection to the deal, owing to the fact that had a stake in Future Coupons, a promoter entity within the Future Group.

The deal between Amazon and Future Coupons was finalised in 2019, nearly a year before Reliance announced its intention to acquire Future Retail. Amazon and Future had agreed to use the SIAC in case of any disputes, when they entered into the deal.

The SIAC passed an interim order on October 25, 2020 giving Amazon an emergency award against the deal. This barred FRL from taking any step to dispose of its assets or issue any securities to secure any funding from a restricted party.

However, Reliance and Future Group had gone on to seek approvals from various regulators such as the National Company Law Tribunal, the Securities and Exchange Board Of India and others, despite the SIAC’s award to Amazon. Amazon had also approached the regulators to block the deal.

After the SIAC’s emergency award, Future Retail approached Delhi High Court in November 2020 arguing that the interim order by SIAC was passed without jurisdiction as the concept of emergency arbitrator is alien to Indian Arbitration Act.

Future alleged that Amazon has violated the Foreign Exchange Management (Non-debt Instruments) Rules 2019 and the Securities and Exchange Board of India (Substantial Acquisition of Shares and Takeovers) Regulations, 2011.

It added that Amazon is not a party to FRL shareholder agreement (SHA), Future said, “On the contrary, it is evident that Amazon was consciously not made a party to the FRL SHA and FRL was consciously not made a party to the FCPL SHA and FCPL SSA. This was to ensure that the agreement did not violate the FEMA FDI Rules under which any investment made by Amazon in FRL (a company engaged in the “multi brand retail” sector) would have required prior government approval.”

But a single judge bench of Delhi High Court on March 18 not only said the Singapore International Arbitration Centre’s (SIAC) interim order was valid in India, but had also concluded that Future Group has willfully violated the emergency arbitrator’s order. Rejecting objections raised by Future Group entities, the court awarded costs against them of INR 20 Lakh.

Despite getting the approvals from Indian markets regulators, the Reliance-Future deal has now been put on hold, which can be considered a major blow to Reliance’s plans of consolidating a great portion of the Indian retail market.