#MainBhiBot: The War Between BJP And Congress To Conquer Twitter

#MainBhiBot: The War Between BJP And Congress To Conquer Twitter 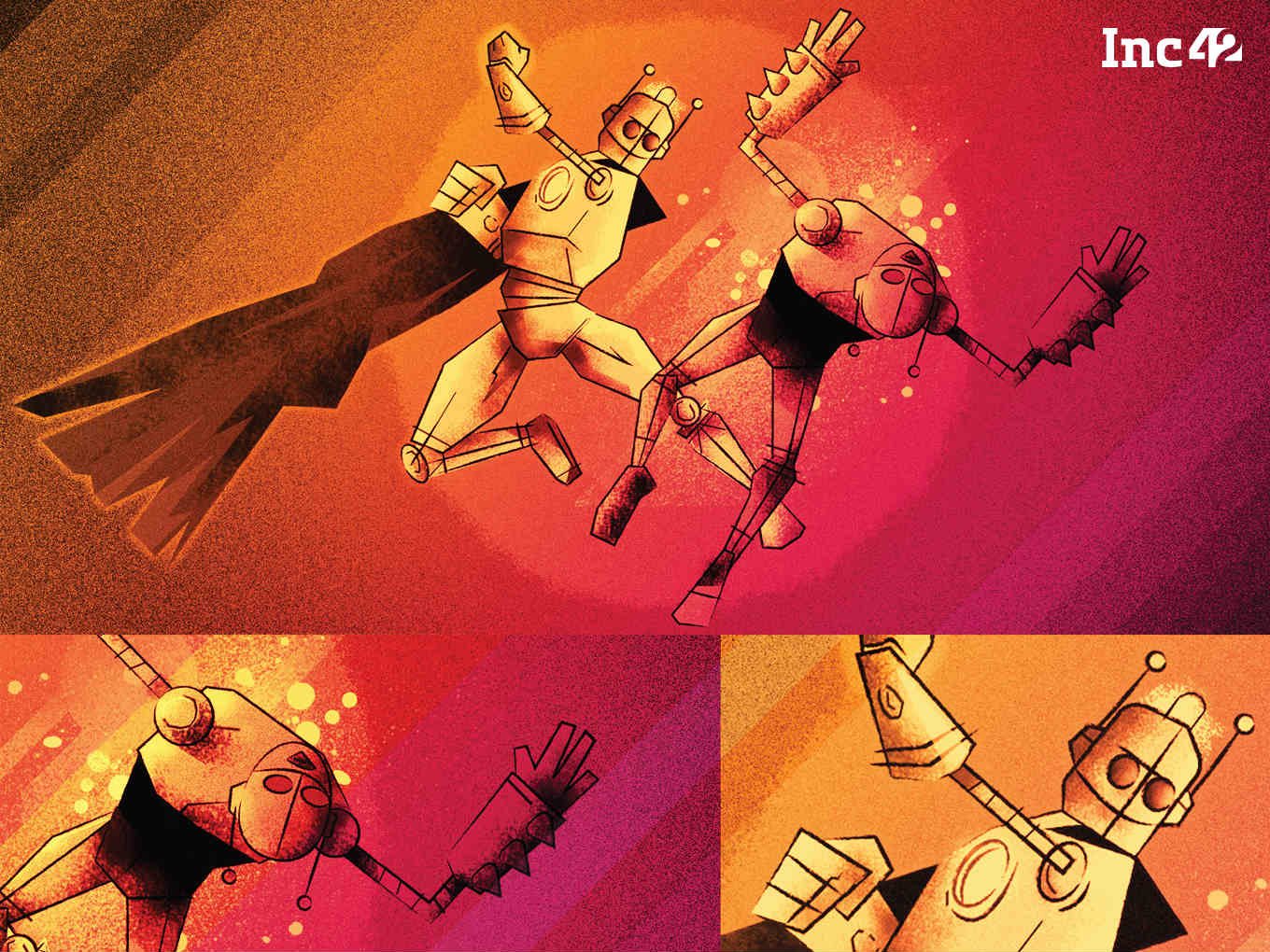 Pro-BJP Twitter bots were most active, finds a new study, but anti-Modi bots reacted the fastest

On February 10 when Prime Minister Narendra Modi visited the southern state of Tamil Nadu, it was not just PM and his team who were working tirelessly, Twitter bots rooting for and against Modi were also breaking a sweat.

The study took a set of the first 50K tweets from a massive 777K mentions for the hashtag ‘TNwelcomesModi’ on February 9-10. These sampled tweets were posted by just 891 accounts, the study found. The account which posted the hashtag the most was a Twitter handle @SasiMaha6, who tweeted 1,803 times during the scanned period. This translates into a humanly impossible task of sending one tweet every 15 seconds for 7 hours and 48 minutes. 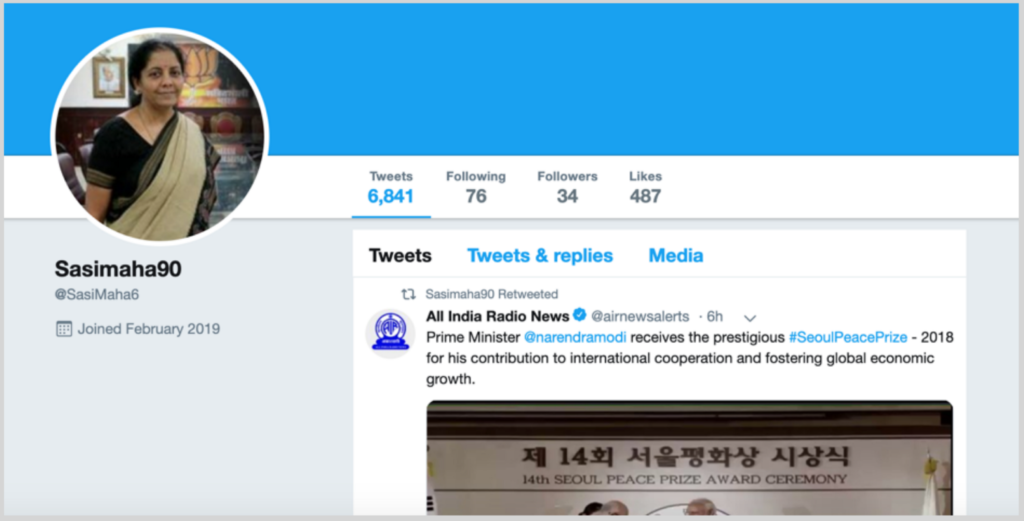 @priyamanaval6 was another high volume account rooting for Modi which posted #TNWelcomesModi 1,677 times, one tweet every 17 seconds!

Not to be outdone, pro-Congress or anti-BJP bots also started retweeting competing hashtags such as ‘#GoBackModi’ which went on to get 447K mentions during the duration of the scan. During DFRLab’s scan, the set of first 50K tweets of #GoBackModi was posted from 7,394 accounts.

The most active pro-Congress bot was an account by the name @PhillyTdp which tweeted the hashtag ‘GoBackModi’ a staggering 2,197 times; one tweet every 5.3 seconds for over three hours. 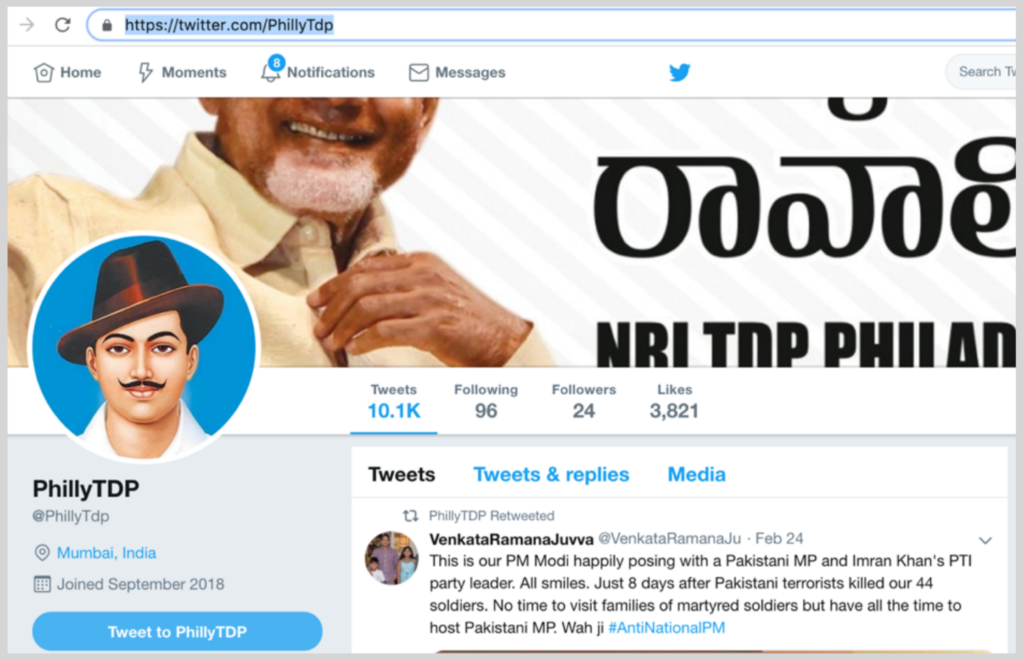 The research from DFRLab reveals that just 50 accounts posted two-thirds of the total volume of tweets mentioning the hashtag #TNwelcomesModi and made it trend on Twitter. It must be noted that the sample set was limited to 50K tweets due to a technical constraint on DFRLab’s part.

Twitter determines the most popular hashtags using its Trending Topics (TTs) algorithm, which registers a spike in the use of a hashtag and then labels it trending. For example, if a hashtag is used several thousand times over a few months it will not make it to the trending list, but if the same volume of tweets use the hashtag in one day, then it will be shown as trending.

DFRLab’s statistics showed that while BJP-supporting bots were more in volume, the Congress Twitter bot army was way ahead in speed. While #TNwelcomesModi took seven hours to reach 50K retweets and mentions, the anti-Modi bot army did that in just over three hours.

The analysis by DFRLab is based on a method known as Coefficient of Traffic Manipulation (CTM) which compares the flow of organic traffic on Twitter with traffic that is seemingly manipulated by bots. DFRLab states that non-manipulated traffic typically has a CTM score of 12 or lower, while bot-manipulated traffic reaches a CTM score of 60. (For a detailed explanation of how these scores are calculated, click here).

According to DFRLab’s study, pro-BJP bots set a record of sorts with a CTM score of 123.98 during the seven-hour window of the scan. Meanwhile the Congress’s bot army scored a much lower CTM score of 46.81 for the same time period.

While it’s obvious that bots are being used heavily to manipulate the public discourse, Twitter is also upping its game to tackle the issue of fake accounts or bots.

Responding to email queries, a Twitter spokesperson told Inc42 that “Twitter fights platform manipulation (including spam and malicious automation) strategically and at scale. We have developed machine learning tools that identify and take action on networks of spammy or automated accounts automatically. This lets us tackle attempts to manipulate conversations at scale, across languages and time zones, without relying on reactive reports.”

Twitter has also made intensive investments “to identify and combat bad-faith actors who try to manipulate the service,” the spokesperson added.

Many  Twitter accounts, which even an eyeball test can prove to be bots, have been suspended by Twitter over the last year. Apart from this, “We [Twitter] continue to make strong progress and are now removing 214 percent more accounts year-over-year for violating our platform manipulation policies,” the spokesperson told us.

With India going to polls from tomorrow, such Twitter battles are likely to continue till the last polling day. While the Election Commission is trying hard to stop such mal-practices, bad-actors are sure to slip through the cracks in the forthcoming days and will try to influence the elections.