The highest selling vehicles were eVerito, eAlpha and Electric Treo

Out of these two are three-wheelers 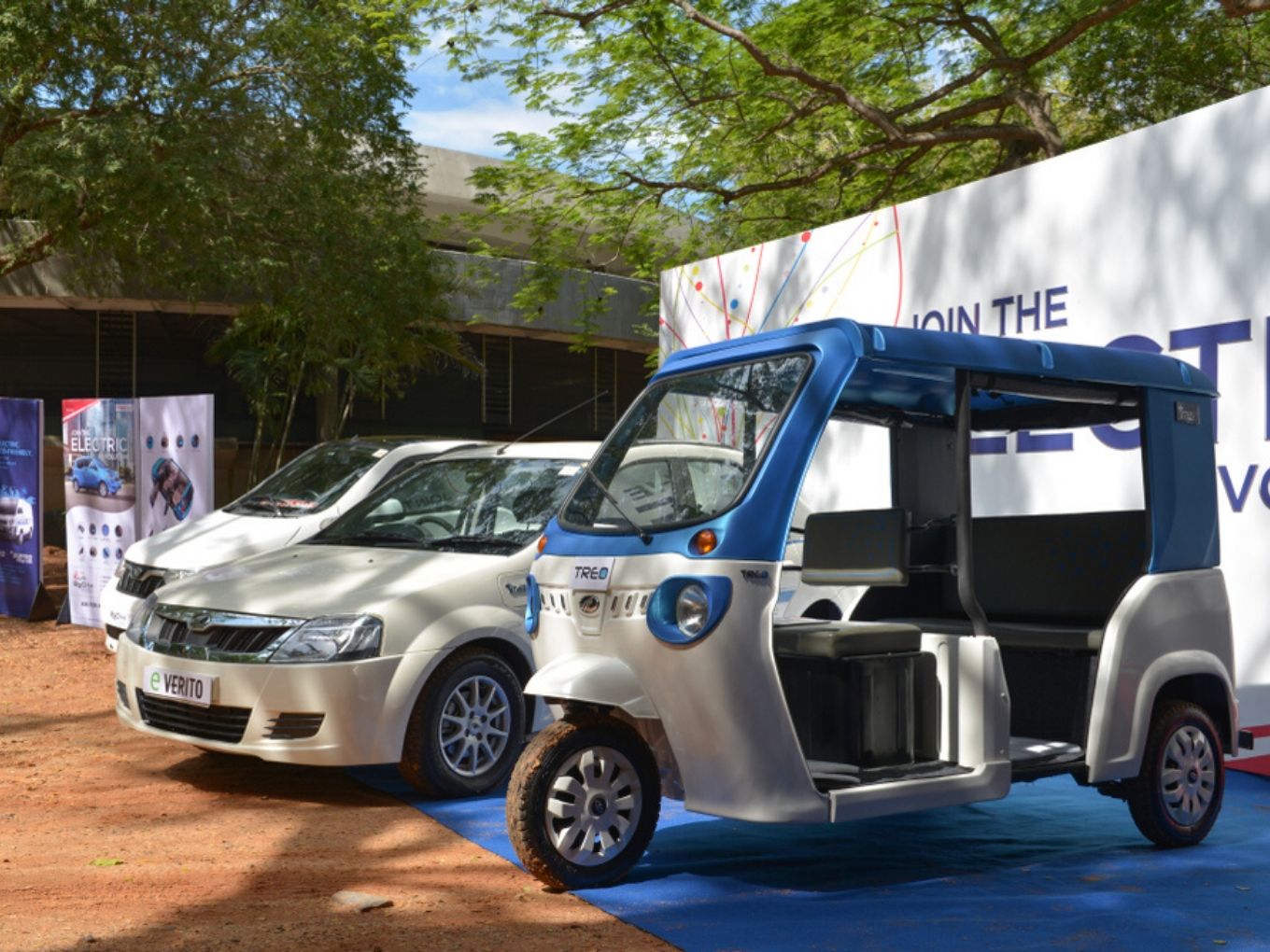 Mahindra and Mahindra (M&M) managed to sell 2000 electric vehicles (EV) — eVerito, eAlpha and Electric Treo — in the month of October. The company’s CEO Pawan Goenka took to Twitter, on November 1, to announce that this has been M&M’s highest EV sales in a month.

The rise in the sales of the EVs comes as good news after the company witnessed a 23% decline in the overall sales of its cars in October. The company managed to sell only 18,460 units last month, compared to 24,066 units sold in October 2018.

Electric three-wheeler Mahindra Treo has reportedly received the highest number of sales, out of the three models. It is also important to note that Mahindra only sells trio in four cities — Raipur, Ahmedabad, Lucknow, and Noida.

The vehicle is powered by 7.47 kW lithium-ion battery and can go up to 130 Km on a single charge that takes about three hours and fifty minutes.

Mahindra eVerito is a four-wheeler that is powered by 72V lithium-ion battery and can go up to 110 Km on a full charge that takes about 1 hour and 45 minutes. The car’s top-speed is 86Km per hour. M&M had also signed an agreement with the India government to provide eVertio for the government’s fleet.

The eAlfa is another three-wheeler that is powered by 120Ah battery and can cover up to 85 Km on a single charge. The top speed of this vehicle is 25 Km per hour.

The exact division of the sale is not yet clear, but this will certainly get a mention in M&M Q3 report of 2019. Meanwhile, the company is planning to release its performance report for the second quarter of FY19 on November 8.

EV Sales In India Is In A Sorry State

Despite having a market of 150 Mn car drivers, only eight thousand EVs have been locally sold in India in the last six years, reported Bloomberg in October 2019.

The company zeroed down on two reasons. First, the cost of EV is much higher than the regular internal combustion engine (ICE) that runs on petrol and diesel. For example, Hyundai’s Kona, which was launched in July 2019, managed to sell only 130 cars in August. One of the reasons for this was that the electric SUV costs about $35K, while the average Indian’s per capita income is somewhere close to $2K a year (INR 1.4 Lakh).

Secondly, the lack of charging facilities in India also impacted the sale of EVs. According to BloombergNEF, India had 650 charging infrastructure in 2018, whereas China had over 456K charging points in the same year.