Mahesh Murthy Was Arrested Earlier Today Under Sections 354 (D), 509 of IPC, and Section 67 of Indian IT Act 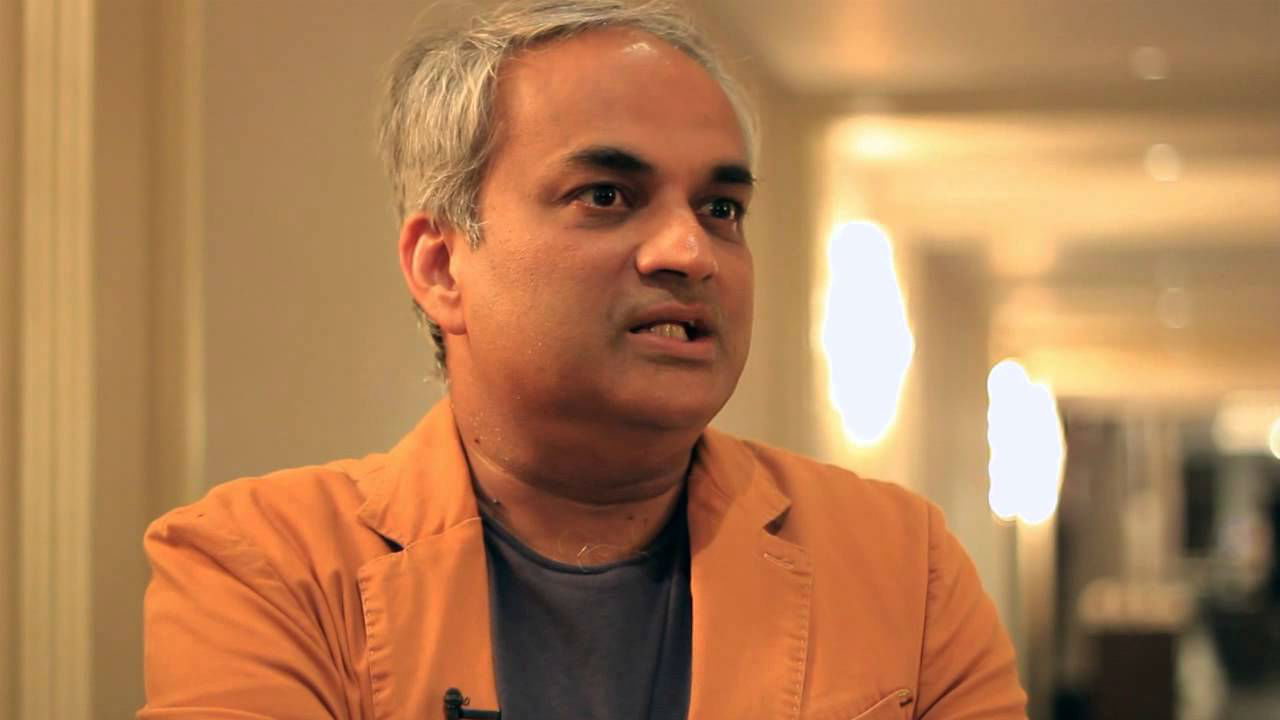 A few hours after Mumbai Police arrested Seedfund founder and angel investor Mahesh Murthy on charges of sexual harassment, Murthy said that he has been granted an anticipatory bail. He further said that “it was a procedural technical arrest” and that he has been released on “surety”.

In a response to Inc42, Murthy said,

“I received anticipatory bail in this case some time ago. I am told its a procedural technical arrest and I have already been released on the bail granted earlier. I am fully cooperating with the police.

This is exactly the same issue on which I had filed a case earlier and where the Delhi High Court had already passed an interim order in my favour and against the complainant back in April 2017.

I believe this is an attempt to counter-sue. I will fight this too in court to defend my reputation to the fullest of my ability.”

The senior police inspector at Khar police station Ramchandra Jadhav while speaking to HT confirmed the same and said, “He was granted anticipatory bail in the case. It was a technical arrest.” 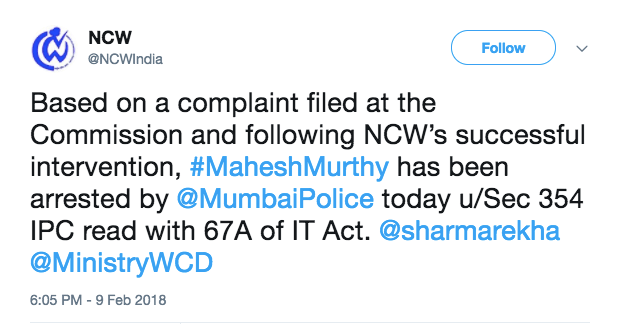 A Reuters’ Journalist, Swati Pandey, was one of the women who had earlier accused Murthy of the same. When the news came out she tweeted: 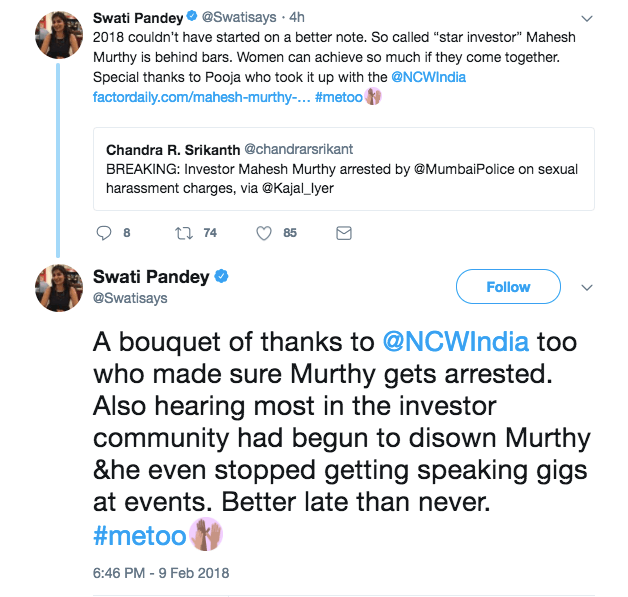 Last month, it was reported that an FIR was registered at the Khar Police Station on 30th December. While speaking to The Hindu, Jadhav had said that they will be summoning Murthy for inquiries.

“Murthy has been charged with stalking and “outraging the modesty” of women under the Indian Penal Code and other relevant sections of the Information Technology Act,” he said.

It was in November that the NCW had written to the Director General of Police, Maharashtra regarding the usage of objectionable, derogatory, sexual remarks and obscene signs on social media by Mahesh Murthy.

NCW had also shared various media reports wherein many other women had made similar complaints against Murthy. The commission had even requested the personal involvement of DGP to investigate the matter and take strict action as per law and procedure against Mahesh Murthy.

Media platform FactorDaily in one of its reports had also highlighted stories of several women who had encountered similar incidences with Mahesh Murthy.

Post the story, subscription-only business news website The Ken had parted ways with Mahesh Murthy. The disclosure came when Rohin Dharmakumar, co-founder of The Ken, was replying to queries from a Twitter user questioning their silence on the Factor Daily story. At that time, an official statement from The Ken had labelled the Factor Daily article as a “hatchet job” stating that Factor Daily had not reached out for comment despite quoting in the article that Mahesh Murthy was an investor in The Ken.

Prior to this, after a story done by another media organisation, Mahesh in February 2017, through a blog post, had tried to justify the case and charges made against him.