NaMo TV was launched on March 31 With BJP and Congress trading barbs across all media platforms in the buildup to the Lok Sabha elections, the Election Commission of India (ECI) has had its hands full trying to ensure that all political parties follow the model code of conduct.

The latest in this battle came when the opposition complained about NaMo TV, a TV channel which features PM Modi and his speeches besides strong BJP-centric content. The BJP social media handles have been tweeting asking viewers to tune in to ‘NaMo TV’ and NaMo app for the PM’s rallies and speeches. 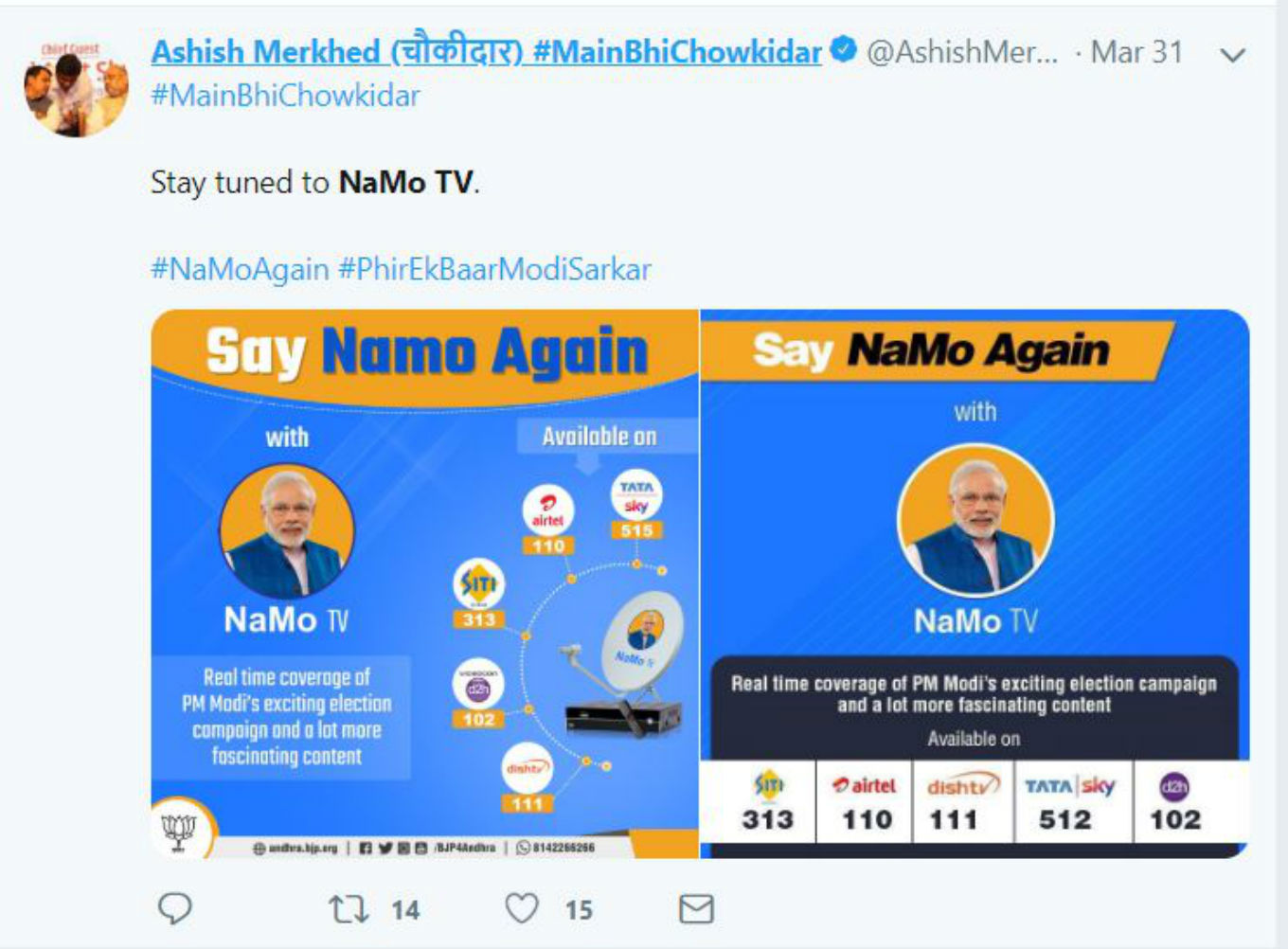 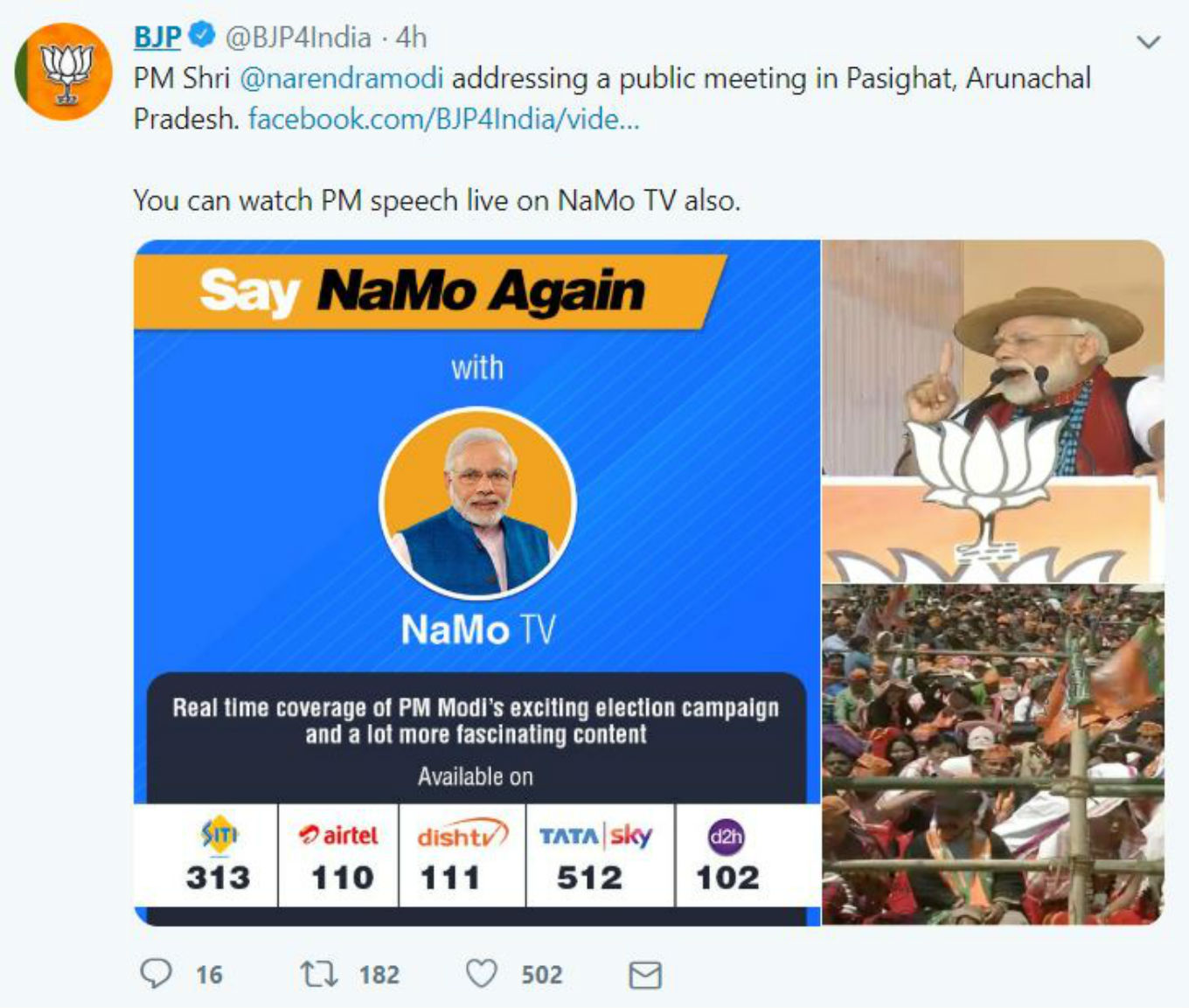 Following the complaint, the ECI wrote to the information and broadcasting ministry, seeking a report on the sudden launch of NaMo TV, just days ahead of the Lok Sabha elections.

The channel was launched after the model code of conduct came into effect allegedly by BJP, though its ownership is still unclear. Both the Congress and AAP have complained to the EC on the matter.

In the complaint, AAP reportedly sought to know how permission was granted to a party to launch its own TV channel after the model code of conduct was enforced. The party has also said that this benefits the party and violates the principle of ‘a level playing field’.

The Congress alleged in its memorandum to the EC that Content TV/NaMo TV, which is available across DTH platforms and openly promotes and advertises the PM’s and the ruling party’s achievements, does not figure on the I&B ministry’s list of “permitted private satellite TV channels.” 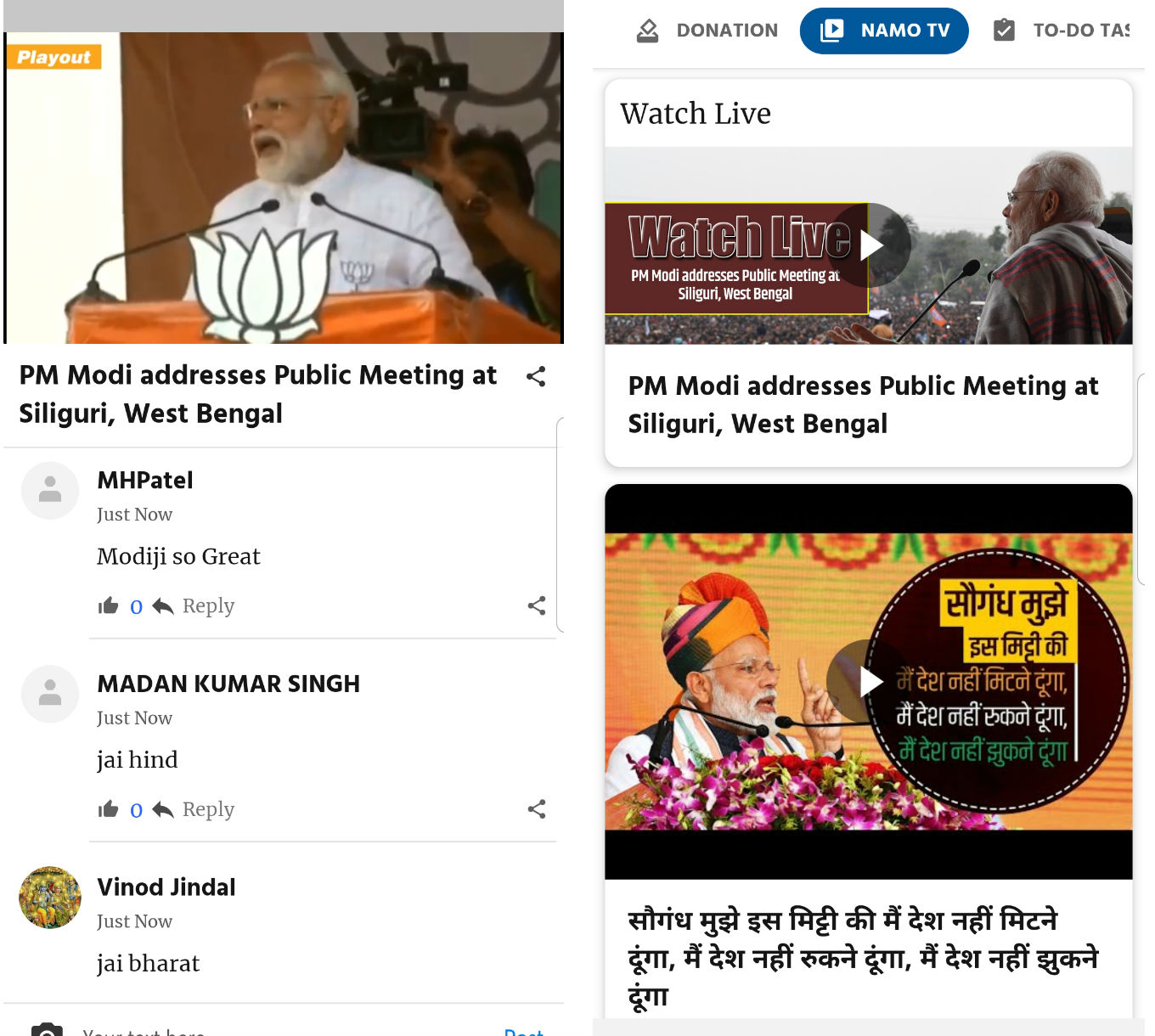 The party has alleged that NaMo TV and its content violate Rule 7(3) of the Cable Television Network Rules, 1994, which forbids religious or political advertising; EC’s instructions on government-funded ads and surrogate advertising as well as Section 126 of the Representation of the People’s Act.

The Congress has also drawn EC’s attention to Doordarshan broadcasting the 1.24-hour long ‘Mein Bhi Chowkidaar’ show live on DD News and its YouTube channel and its promotion on social media handles of DD News.

Following this, ECI also wrote to Doordarshan asking them how it ran an hour-long live broadcast of PM Modi’s public address on March 31. The EC has already faced the wrath of the Bombay High Court for failing to come up with any orders regulating political advertisements on social media 48 hours before polling day.