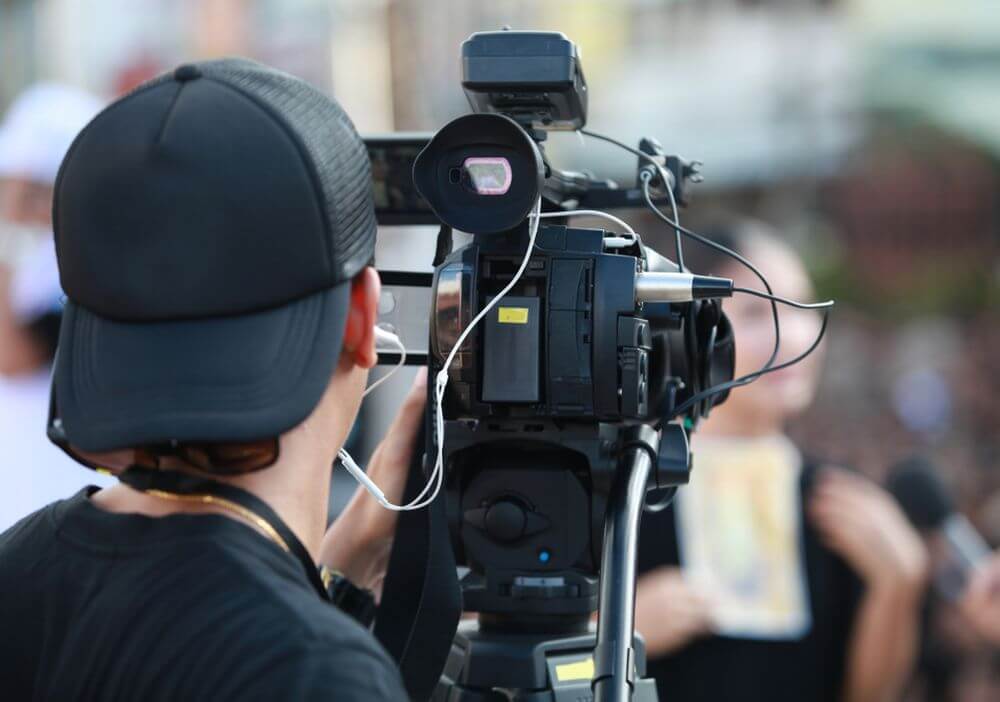 “Cinema is a mirror by which we often see ourselves.” – Alejandro Gonzalez Inarritu

Today, within the entertainment industry, independent artists represent a rising group of fiercely creative individuals who are striving to get their content across to the audience, despite lacking sufficient funding or backing from established production houses and distribution companies. As per estimates, the annual spending on independent films stood at $2.3 Bn in 2016-17.

A total of 13,782 films across various genres and categories were submitted at Sundance in 2016, which happens to be the largest independent film festival in the United States. In spite of the growing market opportunity, the process of content creation and distribution, especially for indie artists, continues to be fraught with challenges.

From raising capital to fund such projects to getting the finished pieces to cinemas and TV screens, the independent artist community struggles to find a proper place for their art. Often times, publishing original content on video-sharing platforms like YouTube runs the risk of plagiarism and infringement of intellectual property rights.

This is essentially what LiveTree is trying to solve. Originally conceived as a crowdfunding platform for the film and TV industry, the UK-headquartered company has built the world’s first blockchain-based funding and distribution platform dedicated exclusively to film and content creators.

As explained by LiveTree co-founder and CEO Ashley Turing, the integration of blockchain is integral to solving the above-mentioned problems and by extension, bringing transparency and efficiency into the largely organised independent film industry.

Independent or unsigned artists are basically individuals that produce content (films, TV projects, music, etc.) outside the major entertainment studio industry. In most cases, such art is produced and distributed by independent entertainment companies.

Largely speaking, independent films and TV projects have a unique narrative and cinematographic style that differ greatly from mainstream entertainment. This is mainly because indie films are often used as a mouthpiece for the filmmakers’ personal artistic vision.

Understandably, most indie films have a much lower budget than major studio films. According to the Sundance report, the average budget for an independent film in the United States is somewhere around $750K, as opposed to the $65 Mn that is spent on an average to produce a major studio movie. The numbers may differ in other film industries across the globe.

One of the biggest challenges faced by independent artists is the lack of adequate funding. In most cases, indie projects are funded by the artists themselves or with capital borrowed from friends and family. The problem of insufficient funding, ultimately, limits the scope of the project, which can impact the quality of the finished piece.

In the artistic community, crowdfunding is emerging as an increasingly popular method to raise funding. However, traditional crowdfunding platforms do not offer any guarantee that the backers’ money will be utilised properly. In most cases, backers don’t have a say in the matter and hardly ever make a profit from their investments.

Moreover, as an independent artist, one usually has to wear too many hats, from being the sales guy to the social media strategist to composer/director and even actor. This, inevitably, leads to feeling drained and overworked, neither of which helps the artistic process.

Even after the project is successfully completed, artists and content creators struggle to get distributors. The current process of distribution is somewhat limiting, in spite of the fact that the TV distribution industry is currently worth over $2.5 Bn.

Distributors meet content TV and content makers at festivals. Trying to navigate complex deal terms such as license territories, license type and license duration on paper or through email can be complex especially when several buyers and sellers are involved. This results in independent studios or productions being overlooked. To worsen the problem, the fees involved are up to 35%.

According to Turing of LiveTree, distribution is often restricted by complex contractual negotiations, insider connections or executives preferring cookie-cutter content to creative, imaginative works as a way of advancing their private wealth.

In fact, out of the 13,782 films submitted for 2016 Sundance Film Festival, only 97 managed to get distribution deals. This, according to Turing of LiveTree, is because distribution is often restricted by complex contractual negotiations, insider connections or executives preferring cookie-cutter content to creative, imaginative works as a way of advancing their private wealth.

Although online streaming services like Netflix, Amazon Prime, Hulu and iTunes are becoming the preferred medium for independent creators to get their content published, the exorbitant fees of these platforms only add to the artist’s woes.

In a world where nearly 2.5 quintillion bytes of data are consumed every day via emails, videos, images, tweets, and content, video-sharing services like YouTube has emerged as a Mecca for content creators. However, publishing original content on these platforms comes with the risk of plagiarism and the infringement of intellectual property rights.

Lack of awareness, access to resources and the absence of a comprehensive, one-stop solution mean that these problems continue to fester in the largely unorganised independent film and TV industry.

Through the integration of advanced technologies like blockchain, LiveTree is striving to solve these problems and provide independent artists with access to funding and other resources to ensure a smoother content production and distribution process.

Launched in 2016, LiveTree is a film, TV and content company that was started by serial entrepreneur and former HSBC Business Specialist Ashley Turing, along with Dr. Jamie Ward. In the two years since then, it claims to have captured over 5% market share of the UK’s entertainment crowdfunding sector.

Having funded over 150 film and TV projects so far, Turing realised that only a few of the projects were actually making it to cinema and TV screens. These days, getting films, TV and content on to the screen is quite difficult, believes Turing.

Talking about the vision that LiveTree was founded on, he told Inc42, “The finance, production and distribution of films have been stuck in the same mould since the days of old Hollywood. Today, we are breaking that mould. When you the audience can decide what movies make money, you can decide what movies are made.”

Speaking on the potential of blockchain, Turing told Inc42 recently, “It is increasingly clear that the blockchain, with its ability simplify distribution, manage creative rights and address piracy, is disrupting the traditional film and content industries.”

Blockchain, for the uninitiated, is a Distributed Ledger Technology (DLT) that allows all members to record transactions in a decentralised data log maintained on a network of computers, rather than a physical ledger or a single database. Transactions are approved by consensus, and everything is secured through cryptography.

While blockchain technology was originally used to create cryptocurrencies such Bitcoin, it is increasingly being used in other fields such as payment services, agriculture, financial exchanges, infrastructure and education.

For LiveTree, the integration of blockchain has helped bring transparency to the crowdfunding process, by enabling backers of projects to see returns that until now were fully controlled by the creators.

On the funding side, this means backers of a project no longer just receive a crowdfunded signed T-shirt or DVD. They can also profit from their investment when the TV/film hits the box office, just like the high-net worth individuals or studio executives do today.

Unlike most crowdfunding platforms that charge fees of around 5%-25%, LiveTree ADEPT charges creators a processing fee of only 2.5%, rendered in LiveTree’s digital token Seed.

“This model allows for a more democratic funding processing, enabling ‘normal’ people to invest in and profit from content alongside the industry’s traditional backers and gatekeepers — studios, broadcasters and high net-worth individuals. It also helps to remove censorship and the ‘cookie-cutter’ approach to content creation. By contrast, the LiveTree ADEPT model opens door to new, unpredictable, boundary-pushing content, driven by creativity rather than profit,” explained Ashley during an interaction with Inc42.

This, according to Turing, benefits not only the TV and filmmakers but also audiences who wish to explore different, unpredictable genres of art.

Additionally, with regard to the distribution conundrum, the ADEPT platform promises to ease the burden of sales agents by making new content available at a considerably lower cost (2.5% Vs today’s 35%). It also paved the way for transparent revenue returns from online channels.

At present, the platform offers three direct routes to market: Blossom TV, traditional broadcast and online streaming/aggregation. For content creators who cannot get their content through traditional TV channels (BBC, ABC etc), they can fall back on LiveTree’s Netflix-style online channel Blossom TV.

The streaming/aggregation model, on the other hand, uses the power and reach of YouTube, Vimeo and other online channels to reach a wider group of consumers. This approach, according to Ashley Turing, is best suited to first-time content-makers looking to gain exposure and build popularity for their projects.

On the legal and contractual side, LiveTree leverages blockchain technology to manage and license the rights for film and TV content efficiently. Because blockchain is embedded deeply into the system, it helps maintain key records of the created content such as its origin, date of production as well as details about the creator. This, essentially, means that the IP rights of the artists are safeguarded against plagiarism.

Over the last few years, LiveTree has attracted a number of high-profile partners, including the British Film Institute’s Future Labs, Film London and Red Rock Entertainment, among others. Furthermore, as claimed by co-founder and CEO Ashley Turing, the company currently boasts a database of 14,000+ from the entertainment industry globally.

Among the projects that are currently using LiveTree ADEPT are The Buy In, a TV game show and an original series on blockchain called Decentralized.

Recently, the company announced a partnership with Bohra Bros., an India-based entertainment conglomerate that has produced and distributed films like Gangs of Wasseypur I and II, Chittagong, Hansal Mehta’s Shahid, Tanu Weds Manu and Ram Gopal Varma’s Darna Mana Hai, among others.

LiveTree ADEPT is based on a model that could potentially shape the future of the global film and TV industry. According to Turing, the company’s ultimate aim to create a system that allows viewers and members of the audience to get a cut of the action. This essentially means that they can earn from the content they watch.

Additionally, viewers will get the opportunity to join the cast and be a part of the production. Along similar lines, the audience will have a say about the kind of content they want to see on screen. Through the process, they can also gamify, share and own what they watch.

Shedding more light on LiveTree’s long-term vision, Turing added, “We want to build a community-powered audience to remove gatekeepers and corporate censorship from the conception to the broadcast of your content.”

As per a report by Statista, the global box office revenue is poised to grow from $38 Bn U.S. dollars in 2016 to nearly $50 Bn in 2020. Despite its enormous potential, the industry is largely monopolised by a few, deep-pocketed players, making it more difficult for independent artists to gain access to funding and distribution.

Through an innovative, blockchain-enabled model, LiveTree is, therefore, attempting to democratise storytelling, by empowering indie artists across the globe. The company has announced a Seed token (SED) sale, which is scheduled to end in the next 12 days. To buy Seed now, click here.