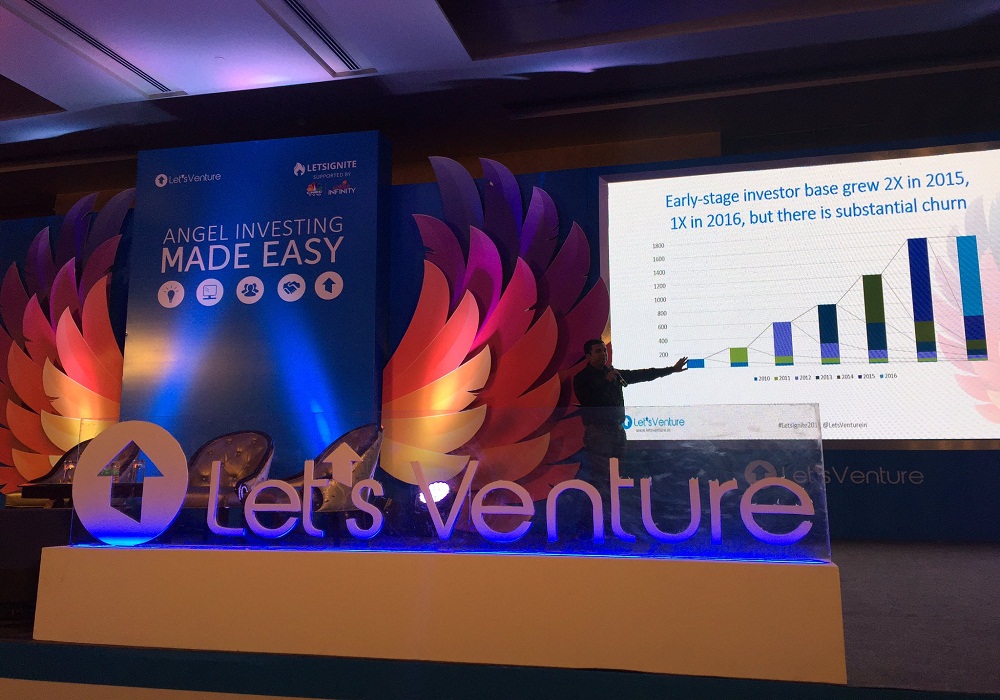 While angel networks and corporates too have increased deal participation in early stages, angel investors need to wait longer for exit rounds, as per the latest ‘LetsVenture Early Stage Investing Report 2017’.

The report, which was presented at LetsVenture’s flagship event LetsIgnite 2017 conference in Bengaluru last week, analysed close to 1,800 deals covering 1,450 startups that have raised $710 Mn cumulatively since 2010. Out of this chunk, NCR accounted for $200 Mn, Bengaluru for $150 Mn and Mumbai for $120 Mn.

The first highlight of the report is early stage investor base – which grew 1x in 2016 but with substantial churn. 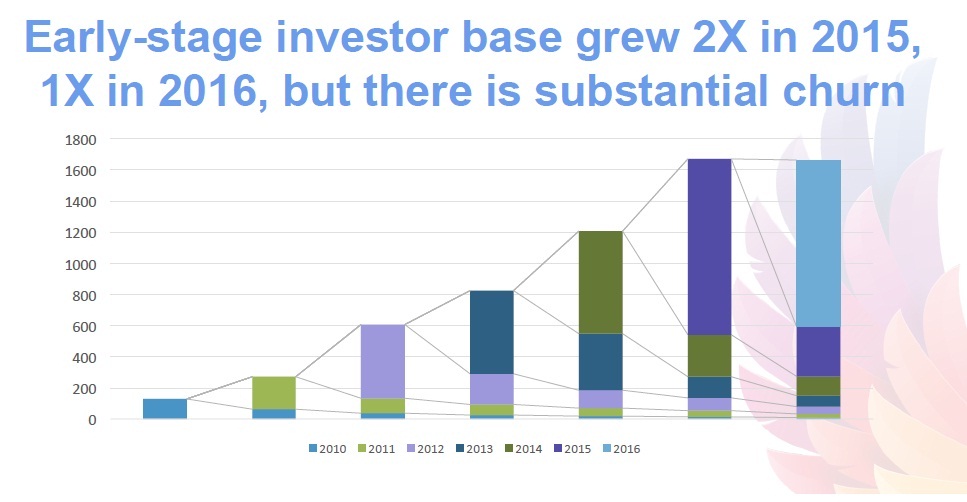 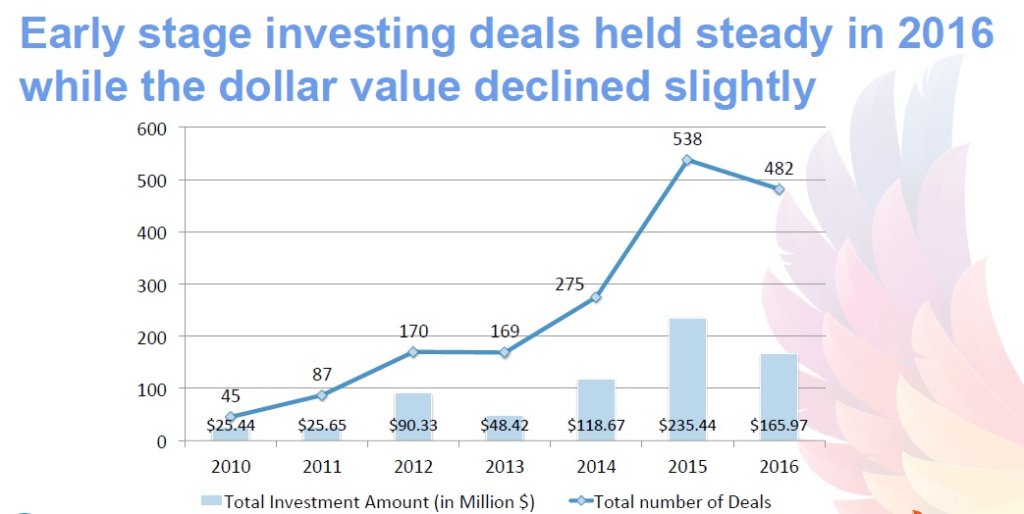 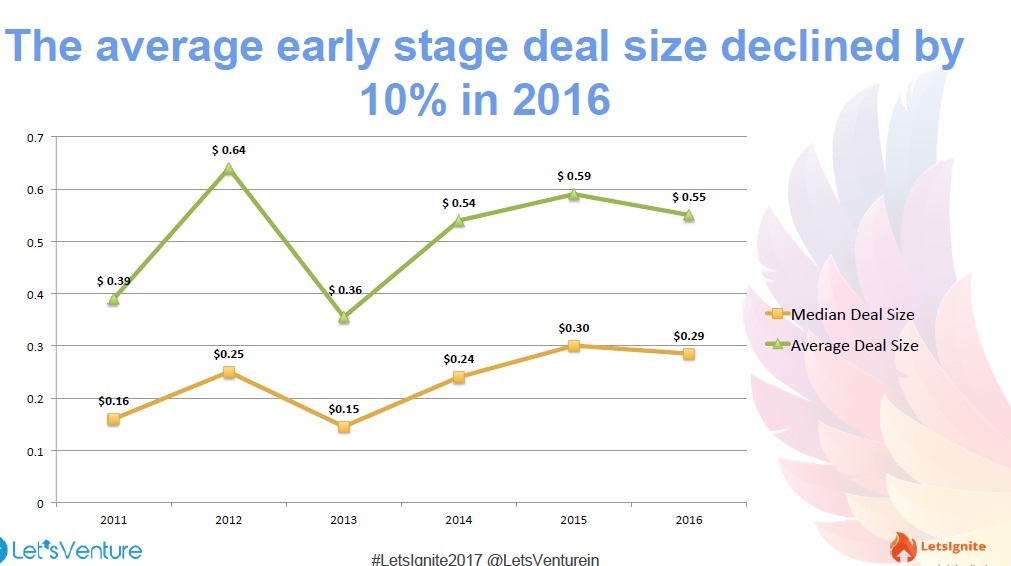 Another significant highlight of the report was: while the number of seed rounds are growing, the number of follow-on rounds have not been keeping pace. As per the data, of the startups formed in 2015, 377 raised seed rounds but only eight have managed to close Series A rounds.

In 2016, out of the startups formed, 36 raised seed rounds but only one managed to close a Series A round. 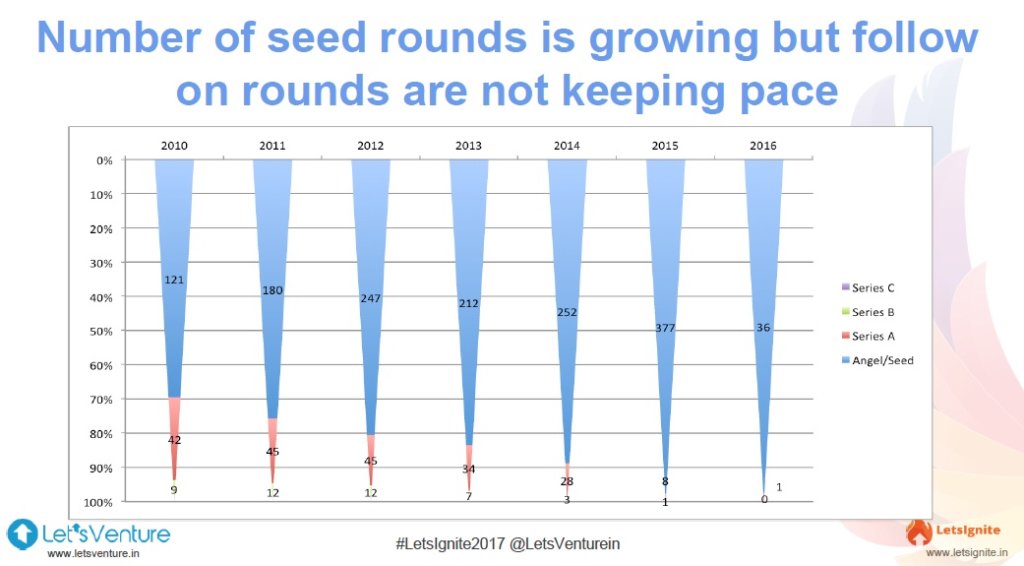 A similar trend was noted in Series A rounds which saw fewer new investors coming in this year (37%) as compared to the last year(50%).

Similarly, another cause of concern for angel investors was the number of exit events which too fell in 2016. 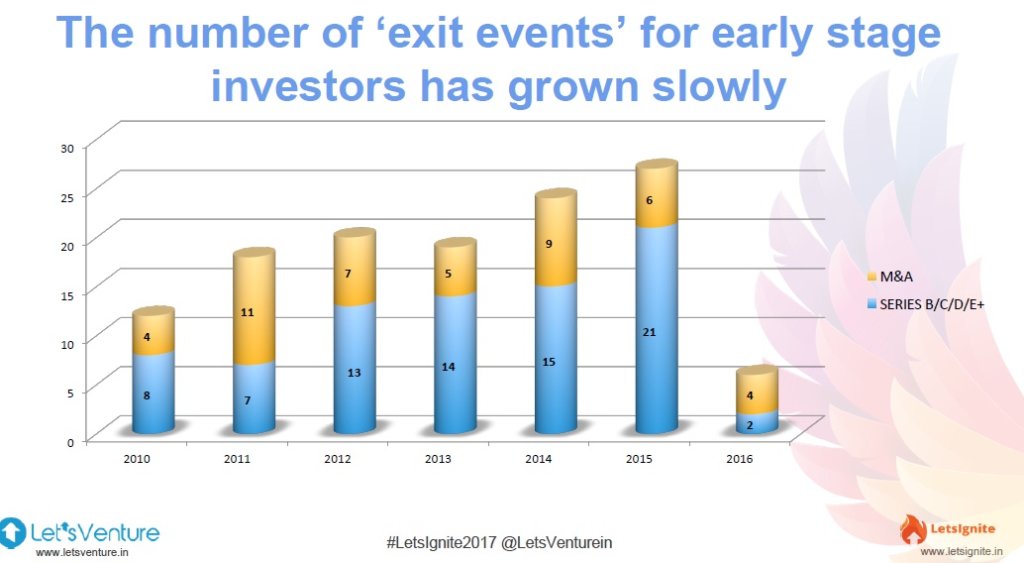 The report also noted that first generation entrepreneurs now form almost 50% of the country’s prolific angel investors, followed by corporate executives at 38%, experienced angel investors at 7%, and family wealth at 5%.

What was also noted was that increasingly, angel investors are forming formal/ informal groups based on location, sector or experience.  In fact, investing is becoming more social with more unique groups co-investing together in a number of deals. Consequently, over the last six years, 17 new angel networks with 300+ investors were formed such as IAN, Chennai Angels, Mumbai Angels, and others. 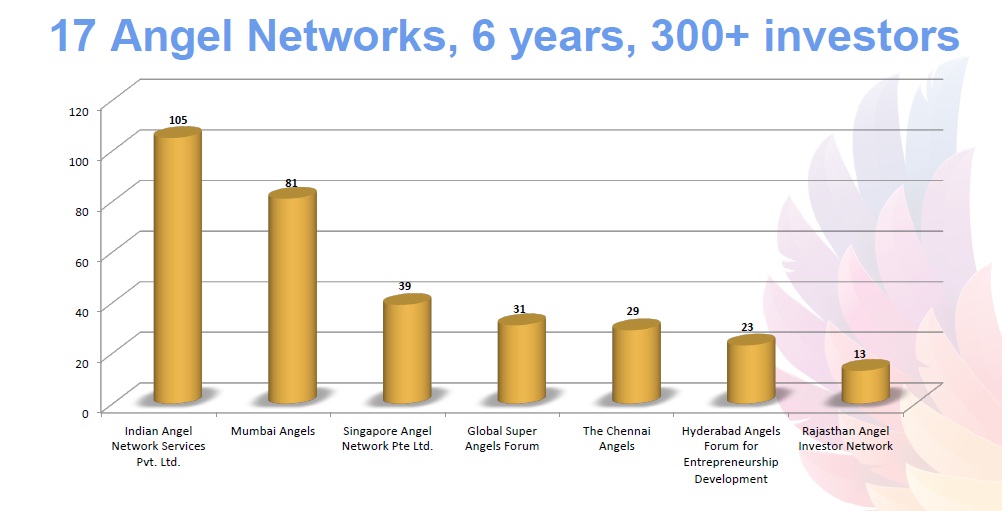 In the future, more domain/ expertise-based groups are expected to form.

The event also saw the introduction of LetsVenture awards – a set of annual awards to recognise industry leaders, influencers and ecosystem stalwarts in the early-stage investing space based on public data, voting, and external jury.

Angel Investor of the Year – Rajan Anandan and Sanjay Mehta

Meanwhile out of the 12 startups which pitched at LetsIgnite 2017, the best pitches award went to online product rental marketplace RentSher and risk and compliance startup Xplanr Analytics.