Delhi-based eyewear platform Lenskart is receiving fire on social media for sending unsolicited SMSes to users offering discounts and promotions. Some of these users have pointed out that they are being bombarded with these SMSes despite being registered on the national ‘Do Not Call’ registry.

As per an OfficeChai report, the promotional message offers to let users unsubscribe by sending an SMS to a number, but it costs a user INR 3 to do the same. However, the spamming continues even after unsubscribing.

Here’s a look at what some users have complained on Twitter: 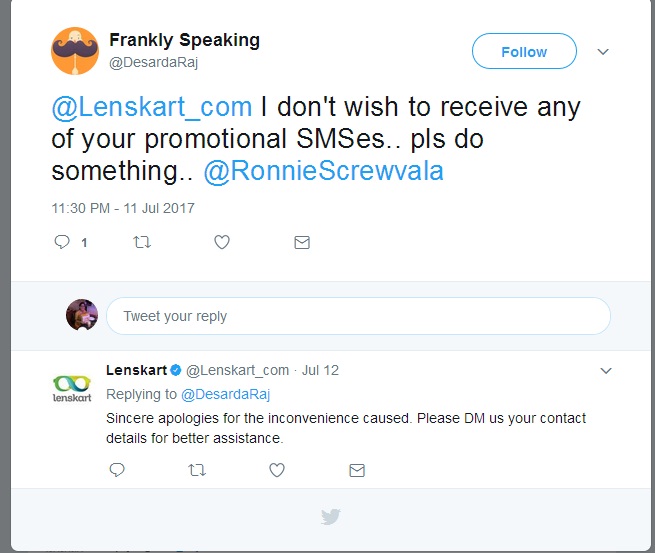 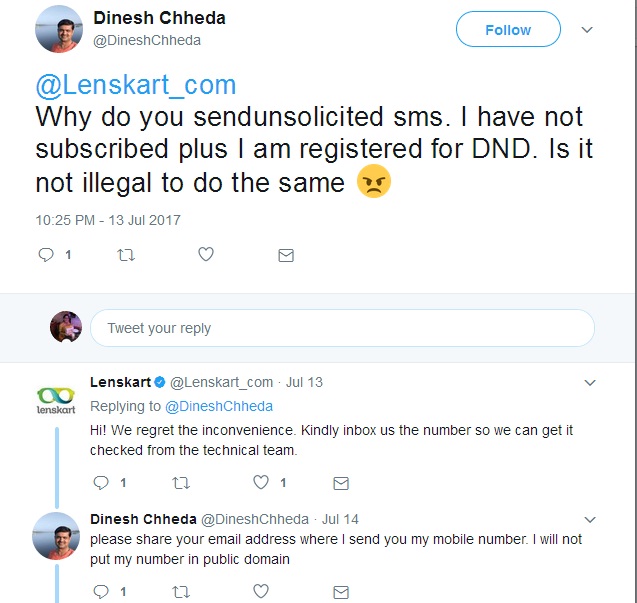 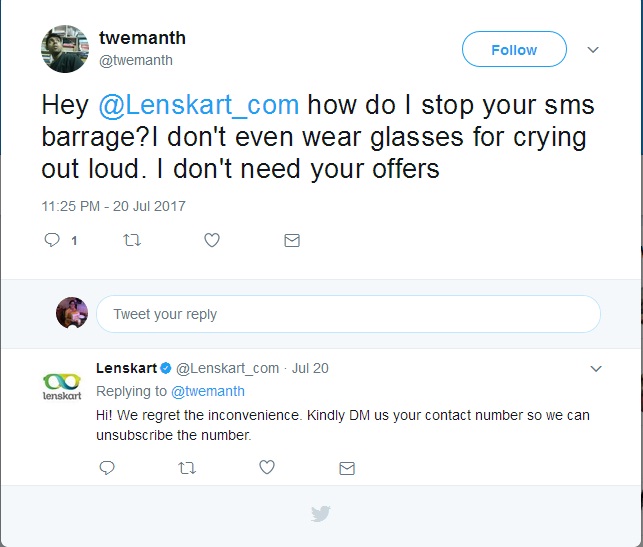 Lenskart has been responding to these complaints by offering to look into the matter and unsubscribe the user’s number from its mailing list.

Though spam SMSes are a small nuisance, one needs to remember that sending messages to people registered with the ‘Do Not Call Registry’ is illegal. In 2011, the TRAI had enabled users to opt out of promotional messages, and mandated that companies could no longer send messages to users who registered their numbers with DND. Violators have to face serious repercussions- for the first complaint against a company, the sender is fined $387 (INR 25K), which could rise to $3.8K (INR 2.5 Lakhs)  by the sixth complaint. Repeat offenders are also blacklisted for two or more years.

This means Lenskart could face some serious trouble given the number of complaints on social media. However, one of Lenskart’s latest responses to a user states that all promotional SMSes will stop in 72 hours. 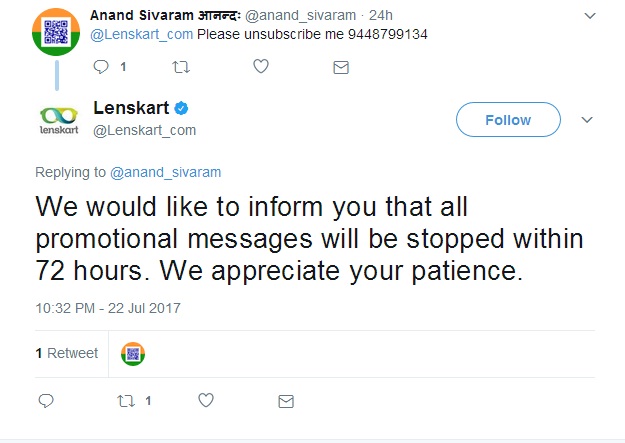 A query sent to Lenskart awaited response at the time of publication.

Lenskart had earlier come under the scanner in January 2014 for selling customer data. An allegation which had been denied by the founders. In its latest funding round last year, the company raised over $30.14 Mn (INR 200 Cr) from Wipro chairman Azim Premji’s family office, PremjiInvest. The funding was at a valuation of $270 Mn (INR 1800 Cr). Prior to that, in May 2016, it had raised $60 Mn Series D  funding from World Bank arm IFC, Infosys co-founder Kris Gopalakrishnan, Zurich-headquartered asset management firm Adveq Management, along with the existing investor TPG Growth and IDG Ventures.

(The development was reported by OfficeChai)