Peyush Bansal made the comment after finalising an investment deal with the PNT robotics founders on Shark Tank, following which ‘Say No To Lenskart’ was the popular trend

Following the uproar, Peyush Bansal issued an apology claiming that the comment was made in jest

Shark Tank India is an Indian business reality television series that airs on SET India. The show is the Indian franchise of the American show Shark Tank 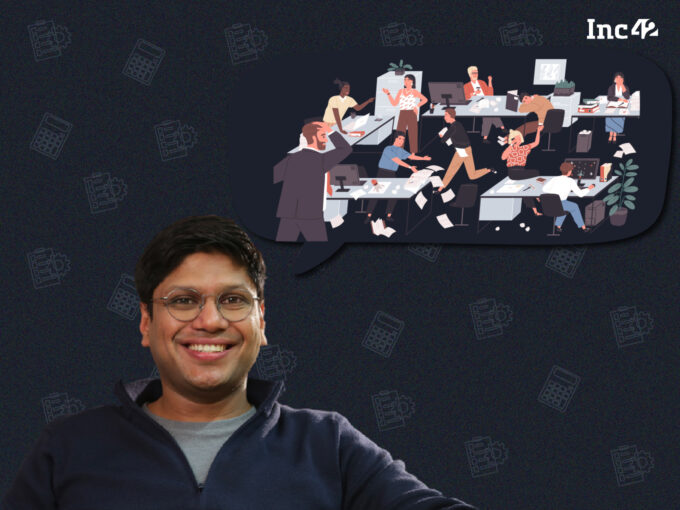 Shark Tank India — an Indian franchise of the US-based show with the same name, has been mire with controversies ever since it aired. The most recent among them is a passing comment passed by Lenskart cofounder Peyush Bansal while finalising an investment deal with PNT robotics founders.

On Friday’s (January 8) episode, Bansal has been broadcasted saying, “Ek advice hai, CA se durr raho” [a piece of advice, stay away from chartered accountants (CAs)]. Following the comment, which offended many viewers, ‘Say No To Lenskart’ was the popular trend, especially among CAs. Netizens have called the comment unwarranted and in bad taste, and even started a petition against Bansal on Change.Org, seeking to remove Peyush Bansal From Shark Tank India. The petition has so far garnered 19.5K supporters.

“No one can make a mockery of professionals on National Television just for the sake of looking cool! Such people with loose talks should correct his generic comments for CAs / be banned from Shark Tank India,” the petition read.

Following the uproar, Peyush Bansal issued an apology claiming that the comment was made in jest, and aimed at promoting entrepreneurship. He further went on to say that his father and sister (a cofounder at Lenskart), his first investor at the eyewear giant, and the company’s CFO are all CAs, claiming that he is quite dependent on them.

“My choice of words and the way it came out was wrong. My intent was not what came out in the show. It was a light-hearted comment made in jest, that has been taken completely out of context.”

The apology invited mixed reactions from netizens. While some claimed that Bansal fell prey to the cancel culture, some have apprised him for ‘humbly’ accepting the mistake. Others have responded that petitioners ought to listen to the whole conversation rather than picking words and narratives that suit them.

In recent weeks, we have seen plenty of memes and comments on social media, focussed on Shark Tank India’s ‘Sharks’. For instance, BharatPe cofounder Ashneer Grover’s gruff comments and criticisms of founders who pitch on the show has left many questioning his methods, thrusting the entrepreneur into the limelight for the wrong reasons. In another instance, the negotiations between the Pitchers (founders presenting their startups) and Sharks have invited criticism calling them akin to ‘bargaining’.

Well, this is not the first time an Indian startup founder or an entrepreneur has been in controversy for what they have said or done, or unknowingly ‘supported’. Indians are increasingly upping the cancel culture game, and mocking the ‘influencers’ has become a recurring trend. Even light-hearted comments have become the talk of social media, as they come through an ‘influencer’.

In October 2021, Bajaj Auto’s MD Rajiv Bajaj threw jibes at the new crop of electric two-wheeler startups warning them not to take the legacy players lightly. On whether he would back legacy players or the startups, “I would bet on BET. BET means Bajaj, Royal (E)nfield and TVS,” he quipped. But Bajaj’s clever acronyms didn’t end there, “Champions eat oats for breakfast. Do you know OATS? OATS — Ola, Ather, Torq, SmartE.”

After Bajaj’s comment, presumably in jest, EV startups Ola and Ather were quick to make comebacks. Taking a swipe at the legacy automobile companies, Ather Energy made a witty riposte, sharing a picture of a packet of OATS that mentions – “For when you need that instant pick-up” referring to Ather’s instant acceleration offering against the competitors.