Gurugram-based Leap.Club has raised $340K in its pre-seed funding round

Leap.club is creating a private network that focuses on professional development for small groups of women executives 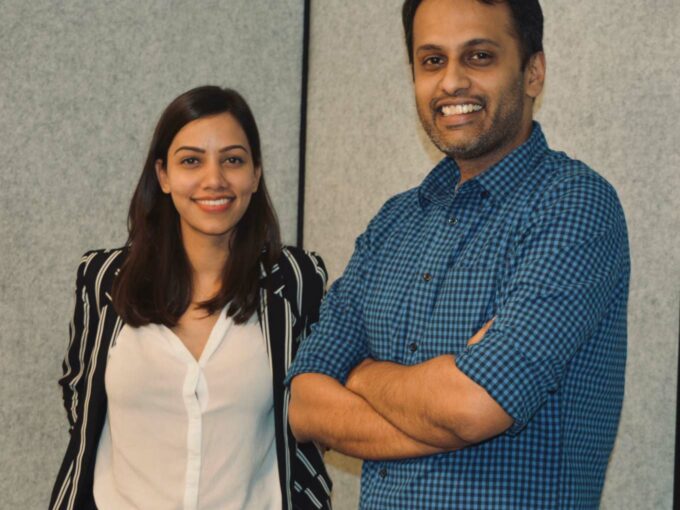 According to a Credit Suisse report, the percentage of women in senior management roles in India has grown from 6.9% in 2016 to 8.5% in 2019. But the fact is that even though there are more women graduates, the number of those joining the corporate sector and rising to the top remains abysmally low.

Every year when the world’s top 50 CEOs or CXOs are listed, the debate on how women need to be better represented comes back, but little has changed in the bigger picture. The World Economic Forum says that at the current rate of change, it will take 108 years to close the overall gender gap and 202 years to bring parity in the workplace. Experts have noted that women need more mentors as they are not active in peer-group networking, a skill needed to rise to the top.

While there can be a whole new debate on what goes wrong and why it doesn’t work, the focus is always on what can be done to improve the situation. Gurugram-based Leap.Club is looking to change the equation by bringing women better networking opportunities and beating the clutter of LinkedIn and other existing professional social networks.

Founded in December 2019 and launched in May 2020, Leap.Club has raised $340K in its pre-seed funding round. The brainchild of ex-Zomato executives, Ragini Das and Anand Sinha, the company has raised $340K from investors such as Whiteboard Capital, FirstCheque, Artha India Ventures along with angels like Sweta Rau (founder – White Ventures), Amrish Rau (CEO, Pinelabs and founder, Citrus Pay), Deepak Abbot (ex-SVP, Paytm), Harpreet Singh Grover (cofounder, Co-Cubes) among others.

How Leap.Club Is Looking To Change Networking For Women Leaders

Talking to Inc42, cofounder Sinha said that the idea basically stemmed from research on professional networks for women. The founders realised that women need much more help and Sinha says men also have a role to play in understanding the challenges women face in the business and solving them.

Leap.Club is designed as a paid membership programme for women to strengthen their journey into senior leadership. The company currently has sold out its first two batches for May and June, each consisting of 30 members. At the same time, there are around 4000 women on the waitlist to join the programme. The company’s first batch began in Delhi NCR, with members from a variety of companies and industries like Uber, TikTok, Dunzo, EY, NDTV, Group M, Tinder, Invest India, Google along with founders of successful startups like Josh Talks and Fittr and others.

The question on everyone’s minds is when one already has built thousands of connections on LinkedIn, what can Leap.Club offer? Sinha says that LinkedIn is more like a directory to judge a person’s previous journey over the last 5-10 years. He says it is full of noise and spam.

“For example, I have 20,000 connections but that doesn’t really mean a thing. I can’t turn to them when I need professional help. So, we realised very early on that while LinkedIn is great in what it is doing but there needs to be a much more private network to forge real relationships and not online connections,” he adds.

He added that while LinkedIn subscription is optimized for many different things like adding people or sending InMails, but Leap wants to focus on professional development.

Leap’s USP is creating a private network that focuses on professional development and future goals and not on what one has done in the past. “We are excited to shape the future of work by making specialized tools available to established and future business leaders with an aim to close the leadership gap,” the founders say.

The interested users can sign-up for waitlist. Sinha explained that the team reaches out to the users for the LinkedIn profile to understand their journey and then asks 15-20 targetted questions to understand their concerns, targets and how Leap can help them.

This is not very scalable, but Leap thinks this personal touch is very important to onboard high-quality and focussed members. “We try and customise the program as much as possible to the membership as much as possible for you. Every member is part of the core group, which is designed in a way that the people that you’re connecting with, super connections, are very relevant to where you want to be in 5-10 years,” he added.

Initially, the team believed that people above 30 who are more serious about their jobs would be interested in the platform. But with initial conversations and mapping user interests, the founders have been pleasantly surprised finding that people who are starting out or have 2-3 years of experience are equally inclined and motivated.

Sinha said that early on the team faced issues with the lack of credibility for Leap, but after the first batch it has been able to build trust through the experience of its users.  With a yearly membership, which was earlier priced at INR 30K, Leap.Club offers member benefits like executive coaching, focus on mental wellness, upskilling tools, a stronger, more relevant network, and more.

Sinha explained that these benefits are to help users build a better professional network, help with executive coaching which has traditionally been reserved for the senior folks in the organizations.  Leap also believes in mental wellness advocacy and users get access to therapists and counsellors tools to upskill themselves and build fortitude.

The users are part of a 15-member group, which is a small peer group that is led by a professional coach. Sinha explains that some challenges can’t be discussed in the office with bosses or with family/partner, but only with close confidantes which is what the group aims to be.

Further, as a professional coach leads the group to fulfil the mentoring gap and help members tide through any challenges at work.

The Role Of Men In Women Empowerment

One of the things that Leap has highlighted on its platform is that the business is not a social charity and also that it is not about male-bashing. Sinha explains that in their research they realised that women need more help, so they are just focussing on women.

But that doesn’t mean it is a platform for male-bashing, and Sinha says there would be no progress if that happens.

And as for the economic side of it, creating women leaders is a $12 Tn economic opportunity.

“Economic data suggests a clear positive correlation between higher participation of women in the workforce and a country’s development and at Whiteboard, we believe entrepreneurial initiatives like leap.club are necessary to improve the growth possibilities of women in the workplace,” said Leap.Club investor Sandeep Tandon, managing partner at Whiteboard Capital.